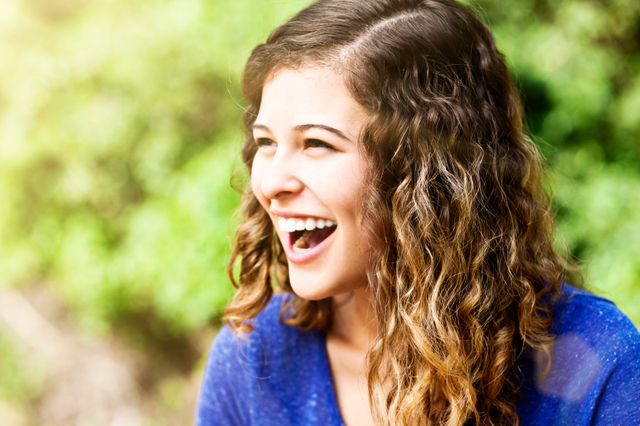 Why I Love the Young Women Program

When I was in Young Women, I felt constantly out of place. On Sunday, I was taught I had immeasurable power and divinity inside of me, but then I would go to school during the week and feel small and awkward; I thought it was laughable to think I had any power at all.

As I got older, I was able to reconcile the differences between who I was and who I wanted to be, but I never saw anyone on TV or in a movie that had anything similar to the kinds of experiences I was having. Maybe I saw little glimmers here and there that I was able to relate to, but I never saw a young woman struggling to be a better member of the Church, or a young woman trying to figure out her belief system by going to church and being active in youth programs, let alone the Young Women program of The Church of Jesus Christ of Latter-day Saints. When I was younger, I figured no one showed those stories because they weren’t interesting. In college, I figured out that no one showed those stories because… well, no one ever had.

I think most young women in the Church are used to going to movies and watching TV and not really being able to relate to most of the characters they see. No one really represents their point of view. Sure, you can stretch and see yourself in people whose experiences are vastly different from your own—good art will help you understand different people, cultures, and experiences, and I love that. But sometimes isn’t it great to say, "Yes, that’s my story! That’s part of my life experience." Isn’t it a great opportunity to feel that someone is trying to see a little bit of you and your world on the screen?

I think the young women of the Church are overlooked by society at large as weak and naïve; I felt that way as a young woman. I felt I had no influence, and that others thought what I valued was old-fashioned and silly. But in the Church, I was taught that I had immeasurable power and impact. I was inspired by Young Women leaders to go out into the world and do good in whatever sphere I was in. And I was taught that there was value in that objective. And that’s why I love the Young Women program: It teaches young women their true, divine identity and power, and provides a way for them to make goals based on their interests and talents that focus on serving others. It’s a great pattern and a privilege to teach these remarkable young women who will go out into the world and serve in ways we haven’t imagined yet. Their lights go out into the world to bless it and make it a better place. And that is real power.

The movie, Once I Was a Beehive, has been out for a few months now, and I have been thrilled and humbled by the response. We wanted to portray an LDS Girls' Camp correctly—we wanted to “get it right” and show it to the group who would know if it’s accurate or not (which, it turns out, is super intimidating). But the young women of the Church couldn’t have received it better. I can’t express how satisfying that feels. As the producers, we knew if the young women didn’t like it, then how could other audiences?

I have loved going to theater after theater to meet with Young Women groups and talk with young women of the Church. I love seeing them laugh and relate to different characters in the movie (“I’m totally a Mindy!” “I’m a Bree!”) It has been completely rewarding to see the excitement on their faces and talk to them about their own experiences at Girls' Camp. It’s so satisfying to see them proud of who they are and what they do at Girls' Camp and in the Young Women’s Organization. It’s thrilling to see fathers, brothers, sisters, and friends, proud of their young woman and their Young Women’s organization. It’s validating to these girls. In a world that constantly reminds women—especially young women—that they will never be enough or do enough, it’s a dream come true to see them come out of a movie theater, proud of who they are and proud of the organization to which they belong.

I have heard little girls who were scared of going to Camp, now, after seeing the movie, become excited to go. I spoke with two leaders who told me about girls who are not very active and unsure about the Church or Girls' Camp; they came to the movie and after watching it they said, “When is camp, again? I think I want to go.” If they saw that there is a place for them (because there is), well, I didn’t expect that from the movie—and I can’t fully express what that kind of impact has done to me.

Once I Was a Beehive has been an eye-opening experience for me. We made it, then released it and sent it out in the world, hoping audiences would enjoy it and that it would do some good. But it’s only one story. We have so many more to tell. I still rarely see my point of view or experience on the screen. Believe me, I look for it. I still make connections; I love to learn about people living totally different lives than me. I think that’s a vital part of life. But being part of creating a story about young women, to send out into a world full of other movies and perspectives? That’s a miracle to me.

I have a different perspective about young women now that I’m middle-aged and have served as a Young Women leader, along with having a daughter who is a young woman. I see them differently now than I did when I was a little Beehive who talked too much and had a bad perm (I don’t have a perm now, see how far I’ve come?!). Now I see their power and influence. Collectively, I can’t deny the brightness and power they have. I love the idea of sending little bits of light out into the world instead of complaining about the darkness. I hear the things they say and the things they do and I am in awe. It is power. And maybe they don’t feel they have any, like I felt at their age, but it doesn’t change the fact that they do. And they are ready to go out into the world and share it. I couldn’t be more excited for them to change the world.

For more, check out Once I Was a Beehive, and watch the Trailer here: