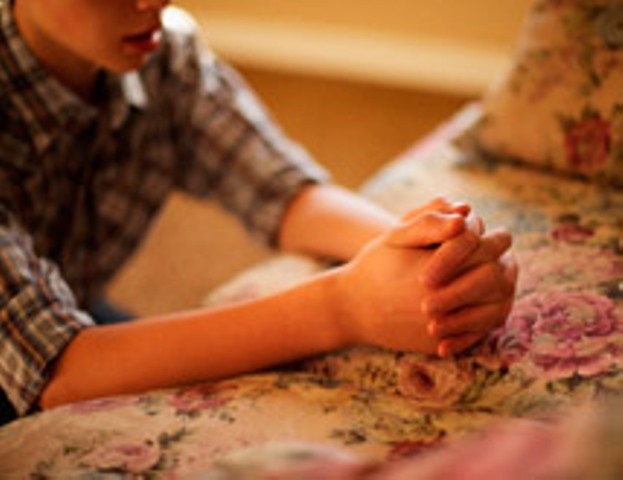 The Fourth Watch: How the Story of Christ Walking on the Water Applies Beautifully in Our Lives

Did heaven look on,

And would not take their part?

In lesser moments in my life—and perhaps in lesser moments in your life—I must admit I am sometimes tempted to be critical of the way that God is running the universe, at least our corner of it. I have a tendency occasionally to look heavenward and quote Shakespeare, and say as Macduff said, “Did heaven look on, and would not take their part?”

The issue at hand is not always one concerning my own desires or needs. It often occurs when I see someone I love seemingly denied righteous longings or called to endure life’s trials beyond reason. On a broader scope, even a cursory perusal of the nightly news can provide sufficient fodder for a heavenward glance and a quiet quoting of Macduff.

I think about a daughter who was born wanting to be a mother but who hasn’t yet been able to have children; another daughter longing to be married who just turned 32 and still hasn’t had that joy in her life; a wife who, in spite of blessings and prayers and temple rolls, lives in pain everyday. And these are just some of the concerns in the great ocean of human experience. I’m convinced all of us have those disappointing, trying times when we wonder why “heaven [looks] on, and [will] not take [our] part.”

I would like to suggest some things that go through my mind in those difficult moments of life. Hopefully they’ll be of value to you as they have been to me. They are the letters I peruse from a kind Father in Heaven, who knew beforehand we would face such dilemmas and questions. One of the first of those scriptural letters contains a principle I call “The Fourth Watch.”

A New Testament day was divided into twelve hours, beginning at six in the morning. The third hour would be nine o’clock, the sixth hour would be noon, and the eleventh hour, though we visualize it as being just before midnight, actually was five o’clock in the evening. The night was divided into four watches: The first watch was from six in the evening until nine at night. The second watch was nine until midnight, the third watch from midnight until three in the morning, and the fourth watch from three in the morning until six, about sunrise.

The Savior had just fed the five thousand. He instructed his disciples to get into a boat and pick him up later, after he had dismissed the multitude and later spent some solitude in prayer. The disciples obeyed. It was late afternoon or early evening when they got into the ship and pushed out into the Sea of Galilee. Jesus sent the multitude home and then turned to communion with his Father. He prayed into the evening and long into the night.

In the meantime, a storm had swept down on the disciples in their voyage: “And when even was come, the ship was in the midst of the sea, and he alone on the land. And he saw them toiling in rowing; for the wind was contrary unto them” (Mark 6:47–48). In Matthew’s version it says, “The ship was . . . tossed with waves” (Matthew 14:24), and in John’s account we read: “And the sea arose by reason of a great wind that blew. So when they had rowed about five and twenty or thirty furlongs . . .” (John 6:18–19).

A furlong is about 220 to 225 yards. So if they have rowed 25 to 30 furlongs, they’ve rowed about 65 to 70 football fields, into the wind during the storm. As would be expected, they are exhausted and fearful. Mark’s version adds one tiny little point that the others don’t, something I think is really important. Mark relates that Jesus “saw them toiling in rowing” (Mark 6:48). They did not know that he was aware of their danger. They didn’t realize he was up on the hill looking down watching them. They only knew that they had rowed a long time, the wind remaining contrary, that they were exhausted, and that they needed help.

And then we read: “About the fourth watch of the night he cometh unto them, walking upon the sea, . . . [and] they . . . saw him, and were troubled. And immediately he talked with them, and saith unto them, Be of good cheer: it is I; be not afraid. And he went up unto them into the ship; and the wind ceased” (Mark 6:48–51; emphasis added).

I have a feeling that the Apostles, if they could have chosen, would have had the Lord come in an earlier watch. I put it to you, as I frequently put it to myself—when I toil in rowing against the wind, when the sea arises and I’m frightened and it’s dark and the storm keeps blowing, and I want help—I want him to come in the first watch. I’m a first-watch type of a person. Aren’t we all?

► You'll also like: Why It Took God 30+ Years to Answer My Prayers About My Father Leaving Our Family

But there is also something inside of me that channels my thinking to the realization that it is good to toil in rowing against the wind—that there’s something to be gained by exercising spiritual muscles that are stretched in facing trials and opposition. All right, we can accept that. But if he doesn’t come in the first watch he certainly ought to come in the second watch. However, it appears that we worship a “fourth-watch” God. And it is important for us to realize that we worship a fourth-watch God.

Sometimes I pray: “Lord, I know you’re a fourth-watch God and that I’m a first-watch person. Couldn’t we compromise and have you come at the end of the second watch or at the beginning of the third watch? Wouldn’t that be fair?” But the compromise rarely comes, and in my better moments I know it’s good that it doesn’t. He’s a fourth-watch God.

There are a number of scriptures that help us understand that he truly is a fourth-watch God. Take Joseph Smith’s experience, for instance. Doesn’t this sound like a fourth-watch response? “At the very moment when I was ready to sink into despair and abandon myself to destruction—. . . just at this moment of great alarm, I saw a pillar of light exactly over my head” (JS—H 1:16; emphasis added). The Lord tends to come at the moment of great alarm, when we’re “ready to sink into despair.”

The story of Hagar in Genesis 21 contains a wonderful “fourth-watch” phrase in describing her desperation: “The water was spent in the bottle” (Genesis 21:15). She was out wandering in the wilderness of Beer-sheba with her son, Ishmael, when “she cast the child under one of the shrubs. And she went, and sat her down over against him a good way off, as it were a bowshot: for she said, Let me not see the death of the child. And she sat over against him, and lift up her voice, and wept. And God heard the voice of the lad; and the angel of God called to Hagar out of heaven, and said unto her, What aileth thee, Hagar? fear not; for God hath heard the voice of the lad where he is. Arise, lift up the lad, and hold him in thine hand; . . . And God opened her eyes, and she saw a well of water; and she went, and filled the bottle with water, and gave the lad drink” (Genesis 21:15–19).

God often comes to us when “the water [is] spent in the bottle,” then shows us the previously undiscovered, life-giving waters of the nearby well.

In 1 Kings 17, another widow, desperate in a time of famine, does not know help is just around the corner when Elijah meets her at the gate. The prophet directs her: “Bring me, I pray thee, a morsel of bread in thine hand. And she said, As the Lord thy God liveth, I have not a cake, but an handful of meal in a barrel, and a little oil in a cruse: and, behold, I am gathering two sticks, that I may go in and dress it for me and my son, that we may eat it, and die” (1 Kings 17:11–12).

Elijah appears just at the moment she is gathering those two pathetic tiny sticks for the last meal. When the water is spent in the bottle; at the moment of despair; when we’re preparing the last meal, that’s when the Lord tends to come.

When we advance into the second watch and he doesn’t come, a certain cold fear often begins to spread through us as the wind’s velocity does not diminish. As we move into the third watch we may be tempted to make some assumptions that are very dangerous and foolish to make. “God is not listening to me.” “He doesn’t care.” Or, more dangerous yet, “He is not there.” At times the universe can seem so very empty—all that dark space filled with cold stars. Or, very common to Latter-day Saints, we assume, “I’m not worthy.” “He’s not listening.” “He doesn’t care.” “No one is there to respond.” Because if he were there and if he were listening or if I were worthy, he would certainly come.

When you feel somewhat desperate, when it seems like your prayers aren’t answered and the winds still blow, take comfort in the knowledge that he is on the hillside watching. Remember, you might not know that he’s watching as you struggle in the boat, but he is on the hillside watching, and he will come. But he generally comes in the fourth watch—after we have done all we can do. 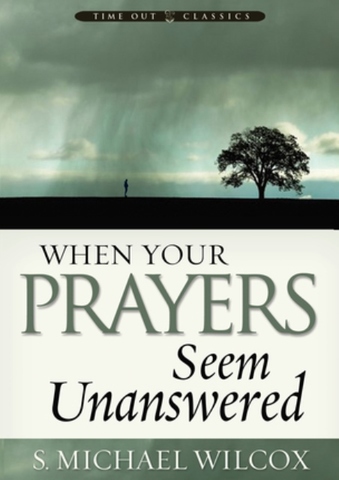 Get more from S. Michael Wilcox in When Your Prayers Seem Unanswered.

With powerful insights into why heaven can sometimes feel silent, S. Michael Wilcox explains how we can always feel and be sure of God's love, even in those times when we might not be able to feel Him close.