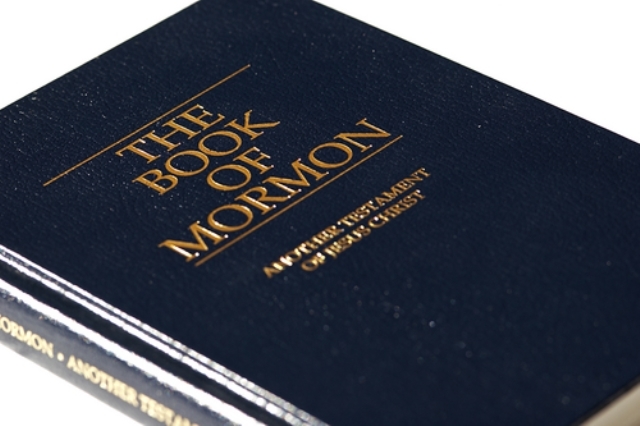 One of the miracles of the restoration of the gospel includes the mechanical process that generated 269,528 words of the text of the Book of Mormon. Using the seer stone in ways he never explained, Joseph Smith spoke the words to his scribes, who recorded them with quill pens.

BYU Professor Royal Skousen, the foremost expert on the Book of Mormon original manuscripts, surmises the number of words in the blocks of recited text was “20 to 30.”1  Once recorded, David Whitmer, one of the Book of Mormon Three Witnesses, explained that “the scribe would then read the sentence” back so Joseph could assess accuracy.2  Whitmer also remembered: “They worked from morning till night,”3  adding, “It was slow work, and they could write only a few pages a day.”4

► You'll also like: How Joseph Smith Received Visions Through Seer Stones and the Urim and Thummim

Beginning Where He Left Off

The Prophet dictated without using notes or outside resources. Emma Smith recounted that "during no part of it did Joseph Smith have any Mss. [manuscripts] or Book of any kind from which to read, or dictate.”5

A surprising detail describes Joseph Smith’s behavior after taking a break. Emma reported, “When returning after meals, or after interruptions, he would at once begin where he had left off, without either seeing the manuscript or having any portion of it read to him. This was a usual thing for him to do.”6  Emma then offered her opinion: “It would have been improbable that a learned man could do this; and, for one so ignorant and unlearned as he was, it was simply impossible.”7  Award-winning novelist Orson Scott Card agrees: “Joseph Smith never asked the scribe to read back where he left off. That’s a miracle. I can’t do that. No writer that I know of can.” Card continued, “even after one day I must go back and reread several pages before starting to write again.”8

Between April 7 and the end of June 1829, Joseph dictated nearly 270,000 words that became the printed 1830 Book of Mormon. Once the manuscript was finished, a copy was made that went straight to the printer. For Huffington Post blogger Jack Kelly, the fact that Joseph Smith “did not revise a single word before its initial printing” was in his words, “jaw-dropping.”9

► You'll also like: Church Releases 2 New Videos about the Translation of the Book of Mormon from the Perspective of 2 Eye Witnesses

The original manuscript of the Book of Mormon contained no punctuation, but the typesetters divided the vast word-string into 6,974 sentences. To this day, those sentences remain in the exact same order as they were dictated with one exception. A typesetting error juxtaposed two sentences that are now Alma 11:18–19. The printer’s manuscript has them in reverse order.10

Joseph’s efforts are even more impressive because the average length of sentences in the Book of Mormon is nearly double that found in popular literature. Most novels range between 10 and 20 words per sentence compared with the Book of Mormon’s 42.5. So for comparison, Joseph Smith’s sentence quota could possibly be doubled to 14,000 sentences—all published without changing their dictated sequence. 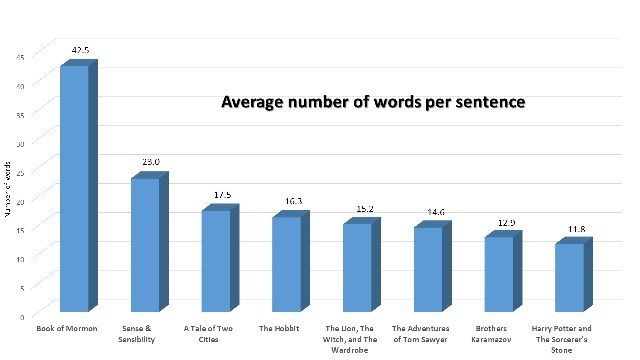 Joseph Smith consistently related that the Book of Mormon was translated “by the gift and power of God.”11  Recent advances in technology enable us to attempt duplicating his accomplishment.

Today, we commonly use the voice-to-text apps in our cell phones to send text messages to friends and family. If we wanted to replicate Joseph Smith’s effort, all we have to do is let our cell phones transcribe our words (replacing writer Oliver Cowdery) and dictate around 10,000 text messages with 20–30 words each in a row. A few grammar and spelling corrections would subsequently be allowed, but altering the order or meaning of even a single sentence would not. Neither could we review previous messages as we spoke each new statement. The resulting text would also need to include eloquent religious prose as found in the Book of Mormon along with complicated narratives, plotlines, and geographical locations and movements. Easy peasy, right?