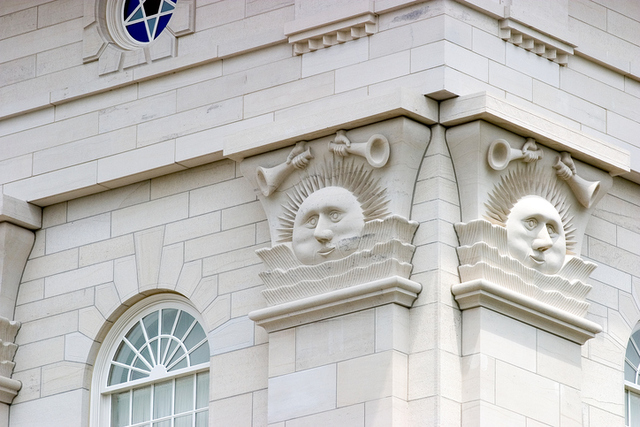 Why There Are Sun, Moon, and Star Symbols on Temples (+Their Deeper Meaning) 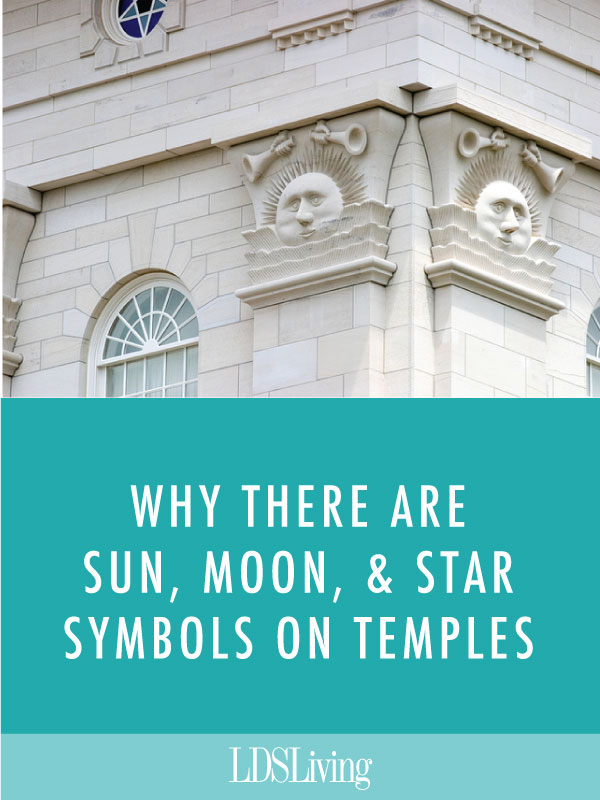 Planetary symbols such as the sun, moon, and stars direct our attention to God and challenge us to contemplate matters of eternal significance as we work to emulate the life of our true Light, Jesus Christ. Many temples have earth, moon, sun, and star stones.

Earthstones are found at the ground level, then moonstones, then sunstones (in ascending order). 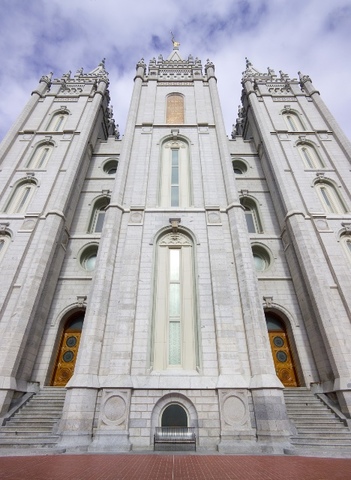 This pattern usually represents the three degrees of glory: the celestial kingdoms. Their order, however, can also represent increasingly longer measurements of time with a day, a month, a year, and so on. The stars at the top, particularly the unmoving North Star, Polaris, represent the center of the heavens where time seems to stop.

Earthstones can represent the gospel being spread to all nations, kindreds, tongues, and people and depict earth as God’s footstool.

Moonstones depict the four phases of the moon (full, half, crescent, and new), symbolizing progression from birth to resurrection. 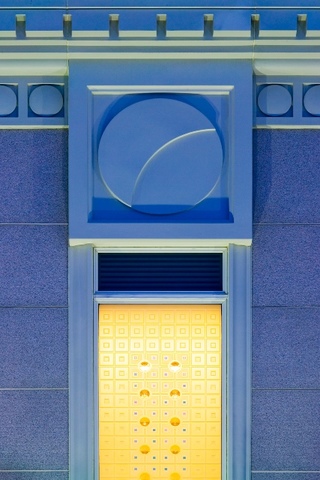 Sunstones, in addition to representing the celestial kingdom, are symbols of the glory of God, the Light of the World.

The doors of the Washington D.C. Temple feature medallions with seven different symbols: a star, a planet, concentric circles representing eternity, the sun (complete with a face like the Nauvoo sunstone), the earth, seven concentric pentagons representing seven dispensations, and the moon: 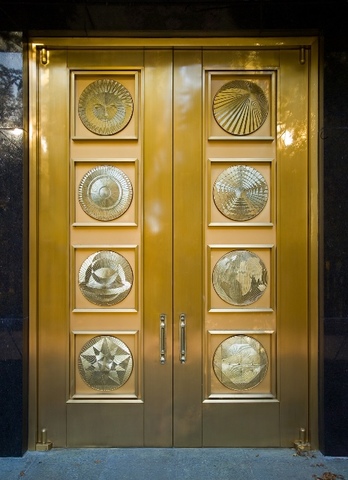 It is also one of only a few temples to use the Big Dipper constellation. This constellation points to the North Star, which travelers relied on to help them navigate on their journeys. 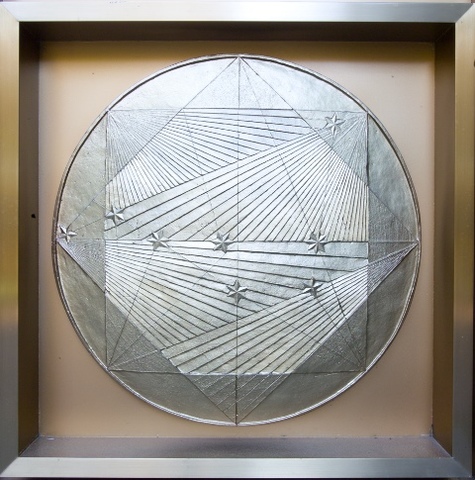 Close-up of the Big Dipper on the door of the Washington D.C. Temple

It symbolically points to the blessings of the temple as the way to return to God, reminding us that, like the constellation, the First Presidency and Quorum of the Twelve Apostles always point us back to our Heavenly Father. This symbol is also found on the outer walls of the Anchorage Alaska and Salt Lake temples and in the design of the Winter Quarters Nebraska Temple.

On the Salt Lake Temple, Polaris is uniquely not part of the carving because the constellation is arranged to point to the actual location of the unmoving star in the sky.

Acting as a scale model of the universe, each pillar of the Nauvoo temple features a crescent moon at the bottom and a sunstone at the top. The sunstone represents the dawning of the Restoration and light illuminating the dark earth, while the trumpets welcome the return of the gospel.

The six-pointed stars represent real stars that draw attention heavenward. The inverted star is the first and last star to appear in the sky at daybreak and points back to the sun, symbolic of Christ, the Morning and Evening Star, reflecting the light of the sun, or Heavenly Father. 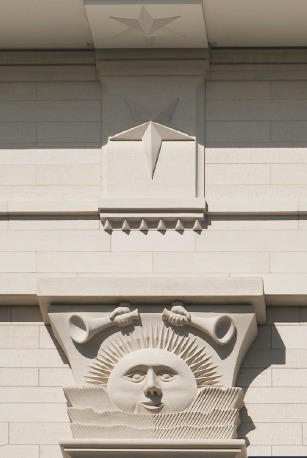 The inverted star stained glass windows on the Nauvoo Temple are surrounded by 12 stones, symbolic of Christ as the central focus for Israel. 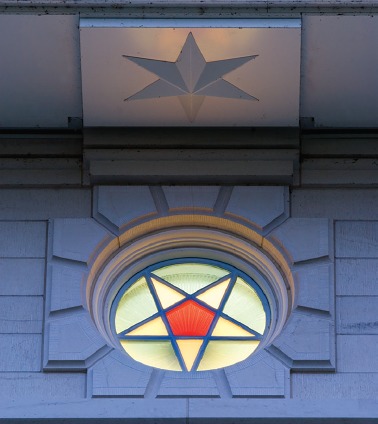 Notice the unique incorporation of the phases of the moon within the beautiful star window of the St. Louis Missouri Temple: 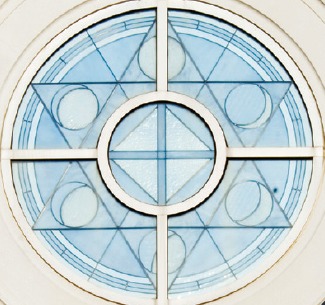 Similar to the spire, which draws attention upward toward God, the ladder symbol is found on many temples and hearkens back to the vision of Jacob’s Ladder (Genesis 28:12).

The step-like lined motif designed into the glass of the tall rectangular windows on the Mount Timpanogos Utah Temple leads upward to a circle representing the celestial kingdom and descends down the other side. There are also “plateaus” in the design, representing various levels of progression toward God. 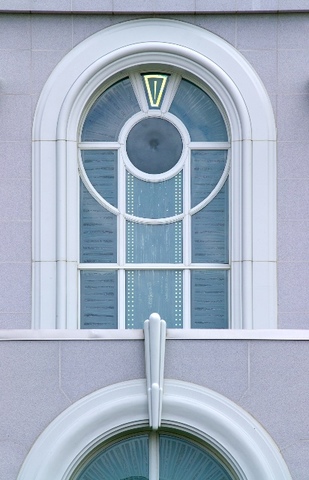 The stylized ladder designs on the Albuquerque temple represent ascension to God through covenants and temple attendance and lead upward to the moon, sun, and stars. 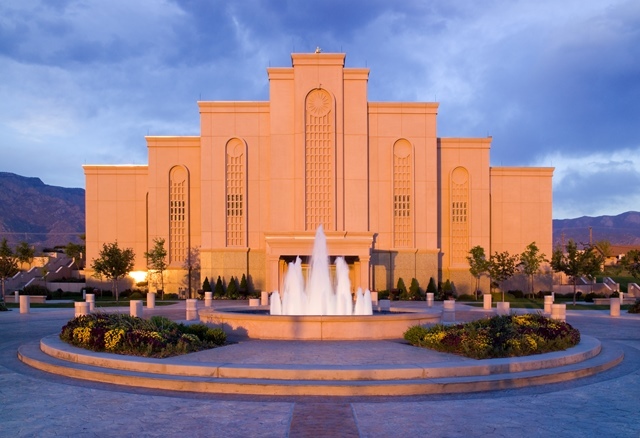 Lead photo from Getty Images. All other photos by Val Brinkerhoff 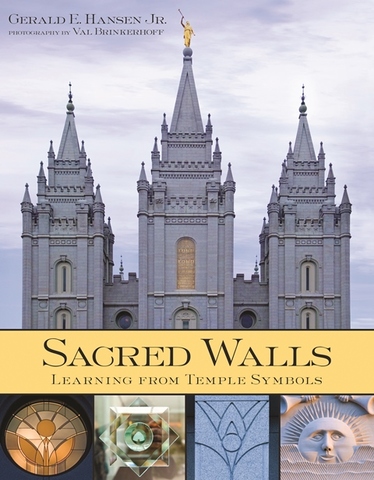 For a more in-depth look at how these outward symbols relate to the inward ordinances of the temple, check out Sacred Walls: Learning from Temple Symbols, available at Deseret Book stores and deseretbook.com.