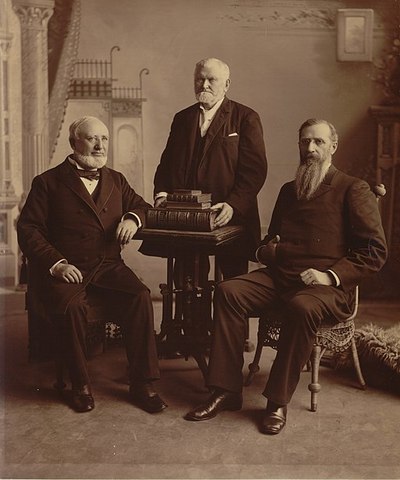 Wilford Woodruff had so many accidents he came to believe he was a "marked man." The Prophet Joseph Smith once said, "Remember, brethren, that time and chance happen to all men." There are in this world real accidents. A full-scale determinist would say they are inevitable, but sometimes we can correctly say, No, it's just the way things happen.

Consider this summary of Wilford Woodruff's struggle with every kind of mishap. When he was only 3 years of age he fell into a cauldron of boiling water. Though he was pulled out immediately, he wasn't out of danger for about nine months. When he was 5 years old he fell on his face from a great beam in a barn. Three months later he fell down the stairs and broke his arm. Shortly after that he broke his other arm. At 6 years of age he was chased by a mad bull but fell into a posthole, and the animal leapt over him. The same year he broke two major bones of one of his legs in his father's sawmill. When he was 8 a wagon of hay on which he was riding tipped over on him and he nearly suffocated. When he was 9 he fell from an elm tree after standing on a dry limb 15 feet above the ground and was, for a time, thought to be dead. When he was 12 he was nearly drowned in the Farmington River, in 30 feet of water, and finally was rescued by another young man. When he was 13 he almost froze to death, having actually fallen asleep in a cutout part of a trunk. Somebody shook him and finally brought him back to consciousness. At 14 years of age he split his instep open with an ax. It took nine months to heal. At 15 he was bitten on his left hand by a mad dog. At 17 he was thrown from an ill-tempered horse amid the rocks on a steep hill. The accident broke his left leg in two places and dislocated both his ankles. He spent eight weeks on crutches. When he was 20, trying to clear the ice out of a waterwheel, he slipped, fell in, and plunged headfirst into three feet of water, barely escaping death. When he was 24 he was caught in a waterwheel 20 feet in diameter, but escaped with a few bruises. Also at 24 he had lung fever. At age 26, only a few minutes after his baptism, a horse kicked the hat off his head, and if the blow had been two inches lower, he would not have survived. Ten minutes later he was thrown from a sleigh without a box and, lighting between the horses, was dragged about a half a mile. The list goes on.

► You'll also like: When Wilford Woodruff Called His Wife Back from the Dead + What She Saw

Years later, his son accidentally drank some lye, which nearly killed him. Wilford wrote, "If he follows my footsteps he will have many hard accidents to pass through." Indeed so.

In his journal he copied one of the rules of Benjamin Franklin: "Be not disturbed at trifles or at accidents, common or unavoidable." At the dedication of the Salt Lake Temple he said in his prayer, "Nothing but Thy power could have preserved [Thy servant] through that which he has passed during the 86 years that Thou has granted him life on the earth."

He wondered if he was "marked" because he would become one of the most conscientious journal keepers of this dispensation. Beginning almost from the time that he became a Latter-day Saint, he, under counsel from the Prophet, began keeping a daily journal, at least one entry every day for 63 years. His record runs a total of 7,000 pages. He recorded at least 30 of the Prophet's sermons, often in his own form of Pittman shorthand. After recording a sermon, he couldn't sleep until he had gone home and transcribed his shorthand into readable English prose. And if he didn't have a notebook at the time he heard the sermons, he would go home and, from memory, outline what he had heard. He did the same for Brigham Young, recording a total of 60 of his sermons.

Besides that, Wilford Woodruff recorded crucial ordinances, including the ceremony we now call the temple endowment. He and Brigham Young, working together in the St. George Temple, systematized what the Prophet had introduced in an improvised way in Nauvoo—Brigham working from memory, Wilford from his journal. How many people have been influenced by that recording alone? We now have well over a hundred temples, and so far we have performed ordinances for one hundred million people. I suspect there was consternation in the lower regions of the devil's kingdom when Wilford Woodruff identified himself with the Latter-day Saints.

Though he had numerous mishaps and other sicknesses, he nevertheless lived to be 91 years of age, and he was never really disabled—although it sometimes required real courage to keep going in the face of injury. At one time he said, like Brigham Young, "A person possessed of the Holy Spirit never grows old." There is a time, of course, when we do have to grow old. But there was a freshness and a rejuvenation throughout Wilford Woodruff's life. And he knew how much the Lord protected him. He said at one point, "I have many times had that Spirit manifested to me, and if I had not followed its whisperings to me, I should have been in my grave long ago." He endured and overcame.

Of those who live a godly life, Wilford recorded the words of Orson Hyde: "Some person's atmosphere you like, others you do not. With some you feel safe, others you do not. It is so in meeting with families. . . . That person who dwells near the Lord and has an eye single to His glory, can tell whether he has the Spirit of God or not when he meets with him. . . . It sets him in a blaze, and the great light can see the heart. . . . Our character will be presented before God in its true light, and we shall see as we are seen and know as we are known." 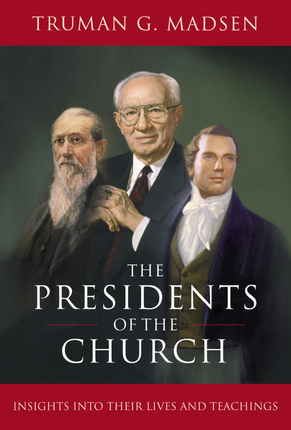 Learn more about the prophets in Truman G. Madsen'sThe Presidents of the Church, available at Deseret Book stores and on deseretbook.com.