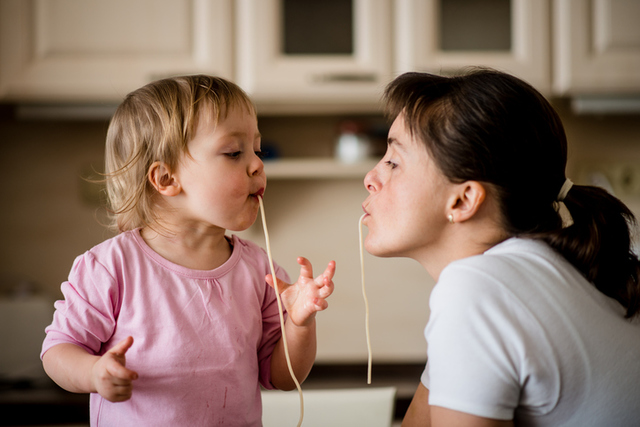 Why Women Don't Have to Have Children to Be Mothers 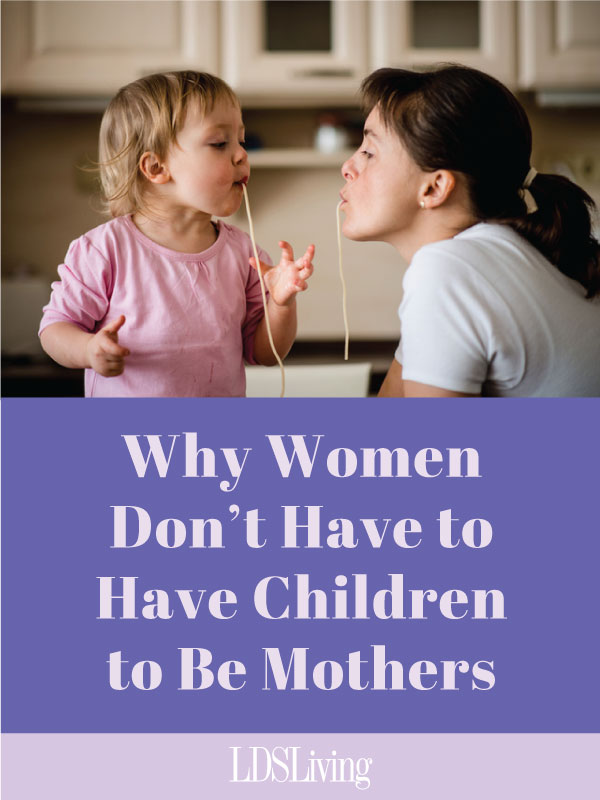 With school is back in session, there's one thing that we still need to prepare our hearts and minds for—October general conference. To help you prepare, LDS Living will feature some of the most beloved talks of all time. Every Friday in September, watch for a new talk that is sure to uplift you and help you feel the Spirit as the October general conference approaches.

In one of Sheri L. Dew's most beloved general conference talks, "Are We Not All Mothers?" she addresses the doctrine of motherhood and how all women are entitled to its blessings. In addition, she explains the important connection between priesthood and motherhood in a powerful way that doesn't need additional commentary:

"When we understand the magnitude of motherhood, it becomes clear why prophets have been so protective of woman’s most sacred role. While we tend to equate motherhood solely with maternity, in the Lord’s language, the word mother has layers of meaning. Of all the words they could have chosen to define her role and her essence, both God the Father and Adam called Eve 'the mother of all living'—and they did so before she ever bore a child.

"Like Eve, our motherhood began before we were born. Just as worthy men were foreordained to hold the priesthood in mortality, righteous women were endowed premortally with the privilege of motherhood. Motherhood is more than bearing children, though it is certainly that. It is the essence of who we are as women. It defines our very identity, our divine stature and nature, and the unique traits our Father gave us..."

"Motherhood is not what was left over after our Father blessed His sons with priesthood ordination. It was the most ennobling endowment He could give His daughters, a sacred trust that gave women an unparalleled role in helping His children keep their second estate. As President J. Reuben Clark Jr. declared, motherhood is 'as divinely called, as eternally important in its place as the Priesthood itself.'"

Though the subject of motherhood can be a painful one for those who cannot have children or did have the opportunity to raise children while on this earth, the blessings of motherhood is still extended to all women regardless of whether or not they have children.

"As daughters of our Heavenly Father, and as daughters of Eve, we are all mothers and we have always been mothers. And we each have the responsibility to love and help lead the rising generation. How will our young women learn to live as women of God unless they see what women of God look like, meaning what we wear, watch, and read; how we fill our time and our minds; how we face temptation and uncertainty; where we find true joy; and why modesty and femininity are hallmarks of righteous women? How will our young men learn to value women of God if we don’t show them the virtue of our virtues?"

Dew shares that every woman has the obligation to be a righteous example of womanhood to the youth and to extend their influence to mother others, especially those who may not have that example in their lives.

She also relates the power mothers have to bring peace to lives of their children during times of tribulation along with a mother's ability to "heal the souls of men." For this and many other reasons, Dew admonished women to never think of themselves as "just mothers."

► You'll also like: U.S. Olympian Criticized for Comments on Motherhood, Why I Stand Behind Her

"As mothers in Israel, we are the Lord’s secret weapon. Our influence comes from a divine endowment that has been in place from the beginning. In the premortal world, when our Father described our role, I wonder if we didn’t stand in wide-eyed wonder that He would bless us with a sacred trust so central to His plan and that He would endow us with gifts so vital to the loving and leading of His children. I wonder if we shouted for joy at least in part because of the ennobling stature He gave us in His kingdom. The world won’t tell you that, but the Spirit will."

Dew closes her address by saying the word "mother" is, "...the word that will define a righteous woman made perfect in the highest degree of the celestial kingdom, a woman who has qualified for eternal increase in posterity, wisdom, joy, and influence."

"I know, I absolutely know, that these doctrines about our divine role are true, and that when understood they bring peace and purpose to all women. My dear sisters, whom I love more than I know how to express, will you rise to the challenge of being mothers in these perilous times, though doing so may test the last ounce of your endurance and courage and faith? Will you stand steadfast and immovable as a mother in Israel and a woman of God? Our Father and His Only Begotten Son have given us a sacred stewardship and a holy crown in their kingdom. May we rejoice in it. And may we be worthy of Their trust. In the name of Jesus Christ, amen."

Find the full talk at lds.org.

For more inspiring words you can listen to on the go, check out the Sheri Dew Collection audiobook available at deseretbook.com.