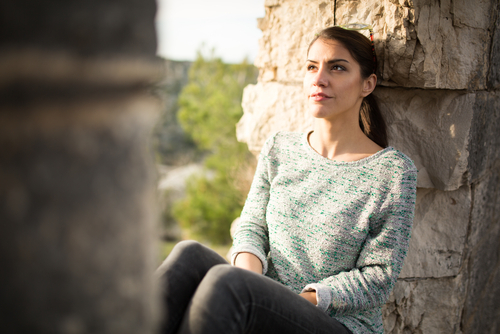 byAlonzo A. Gaskill, adapted from "Odds Are, You're Going to Be Exalted: Evidence That the Plan of Salvation Works" | Jul. 26, 2018

Some years ago, while renewing my temple recommend (with a member of my stake presidency), I was asked the last of the recommend questions, which at that time read: “Do you consider yourself worthy in every way to enter the temple?” I responded, with enthusiasm, “Absolutely!”—to which the good brother interviewing me appeared genuinely shocked. I felt as though I had actually made him uncomfortable, perhaps more so than if I had confessed some serious transgression.

When I queried as to why he looked so puzzled, he said that very few of the individuals he had interviewed over the years had responded in the affirmative, without some hesitancy or clarification, such as, “Well, I’m trying” or “I do my best.” My optimistic response, he said, simply caught him off guard.

So I asked, “President, am I wrong to feel that way? Should I be less certain about my worthiness or acceptability before the Lord?” He assured me that was not the case, and that he was just not used to members of the stake feeling so confident that they were living as the Lord desired. That experience has stuck with me and has caused me time and again to ask myself why this would be the case—why are so few members of the Church uncertain about how well they are doing in the quest for eternal life?

►You’ll also like: You Are Enough: How We Can Improve Our Relationship with God by Trusting Him and Ourselves

A seemingly large percentage of us tend to wonder whether we’re really capable of doing all that is necessary to merit a place in that highest of heavenly rewards. In my view, that pessimism or uncertainty is born less of a sense of unworthiness and more of a misunderstanding of God’s great plan and what it is the Lord actually expects of us.

Elder Russell M. Nelson of the Quorum of the Twelve Apostles reminds us: “When comparing one’s personal performance with the supreme standard of the Lord’s expectation, the reality of imperfection can at times be depressing. My heart goes out to conscientious Saints who, because of their shortcomings, allow feelings of depression to rob them of happiness in life. We all need to remember: men are that they might have joy—not guilt trips!" (Russell M. Nelson, “Perfection Pending,” Ensign, Nov. 1995, 86).

The laws and ordinances by which men and women are exalted in the celestial kingdom of our God are eternal and do not change. Yes, they have always existed and have ever been operative. And no, they are not negotiable. All beings are saved on the same principles—by the same laws and ordinances—in all dispensations, on every earth created by the great God who “upholds all worlds and all things by his power” (Smith, Teachings, 345). But it is imperative to understand that, although we are all judged by the same laws, our circumstances influence what is expected of us individually under those laws.

From the very beginning of the plan’s institution, we each understood that we would have less ability than Jesus to keep the Father’s commandments. That is why we were taught that an important part of the plan was the Father’s intention to provide us a Savior. We trusted in that promise and certainly rejoiced at the announcement. Our inequality with Christ made this a necessary component of the Father’s plan. Likewise, you and I are also unequal in our individual abilities to keep the commandments, when compared to each other. Instructively, in Jesus’ parable of the talents (see Matthew 25:14–30) the Lord rewards all his servants equally, even though not all were equally productive. Only the entirely unproductive were dismissed as worthless. It becomes clear in the parable that the reward was not based on how much one did, but rather what one did with what he was given. So it is with us.

We must remember—and we must firmly believe—that the plan of salvation, the great plan of happiness, was designed to work. Indeed, it would not be called the eternal plan of salvation/happiness/redemption/mercy/deliverance/etc. if it did not work—particularly if its primary effect was the damnation of the vast majority of God’s offspring. From an LDS position, to be damned is to be stopped in one’s progression (i.e., to be forever in a non-exalted state).  It intuitively goes against everything we know about the nature of God to suggest that He would create and institute a plan that would, by design, damn most of His children.

►You’ll also like: 6 Beautiful Reminders For When You Don't Feel Good Enough

Yes, agency must be preserved. But to design a plan that is so difficult to succeed at that most would fail does not preserve agency. On the contrary, such would thwart both agency and the very thing the plan was created to accomplish—namely, our exaltation. The thought that God would promote something that would ensure that the vast majority of His children would never again be able to dwell in His presence is incomprehensible. And the assumption that our Mother in Heaven would idly sit back and allow such a guaranteed flop to eternally strip her of any interaction with her spirit offspring is equally unfathomable. Such could not—and did not—happen!

Additionally, we know that upon having the plan introduced to us in the premortal world, we were so happy at what the Father was telling us, you and I shouted for joy. We often quote the book of Job, which reads: “The morning stars sang together, and all the sons of God shouted for joy” (Job 38:7).

If the Father had informed us that “there’s good news and bad news”—and had He continued, “The good news is there is a plan, but the bad news is most of you are not going to make it back”—surely we would not have felt reason to rejoice. But that is not what happened. The Father literally introduced us to good news: the good news that He had a plan that would readily make us like Him, and the good news that Christ would be sent to atone for our weaknesses and failings. We saw this as a win/win situation. We knew we wouldn’t be perfect, but we knew that the Father’s plan would provide a remedy.

►You’ll also like: The One Thing That Prevents the Lord from Helping Us Change

Jesus and the Father intended the salvation and exaltation of all who would believe. They desired the damnation and loss of none. And Jesus was sent to bring to pass the Father’s desire and will. When we heard the plan and its parameters and requirements presented in the premortal world, we “trusted Jesus” and we “trusted the Father.” We knew they would not place us in a dangerous scenario. Let us not forget that we shouted for joy when the Father revealed to us this plan. We sang “the song of redeeming love” when He presented it. With Alma, “I would ask, can ye feel so now?” (Alma 5:26). Oh, how we must!

The message of the restored gospel is one of “good news”—and in addition to all of the “good news” we are wont to preach, there is the infrequently spoken fact, “Odds are, you’re going to be exalted!”

Read more about having confidence in your standing before God in Alonzo L. Gaskill's book, Odds Are, You're Going to Be Exalted: Evidence That the Plan of Salvation Works, available at Deseret Book stores and deseretbook.com.

Many Latter-day Saints worry whether they're capable of reaching the celestial kingdom. Are these anxieties born of a sense of unworthiness, or is it that we just don't think we can "do it all?" Author Alonzo L. Gaskill believes that such pessimism results from misunderstanding God's great plan of happiness and what it is that the Lord actually requires of us. In this hope-filled book, he reviews the teachings of the scriptures and modern prophets to instill in readers a greater sense of God's unfailing love and mercy and of His power and desire to exalt His children. Exaltation may be not only possible but probable!