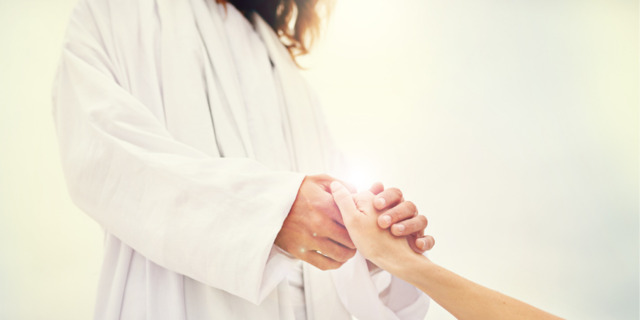 As we harness the right tools, studying the scriptures can draw us to Jesus Christ. That is the hope of Daniel Smith, producer of the “Messages of Christ” YouTube channel. On his most recent project, the Women and Jesus video series, he is joined by Heather Ruth Pack. She provides a woman’s perspective and helps by writing and editing each video script. Together, their love for the scriptures shines through as they prayerfully tell the stories of the women who interacted with the Savior thousands of years ago.

Understanding the scriptures can sometimes feel daunting and overwhelming, especially for visual learners. Smith, a visual learner himself, recognizes the challenges that are presented in the absence of visual context.

He states, “We are such a visual generation because of the fact that we have TVs, we have pictures and images, and it’s completely surrounding us. And to be honest, that’s exactly what Jesus had. . . . Jesus [was] teaching to a visual audience in a visual way, and we’re only reading the text of it.” By creating videos that include historical and cultural facts, helpful visual depictions, and relevant scriptures, Smith and Pack aim to highlight the magnificent character of Christ.

Christ’s character is evident in His interactions with women during His mortal ministry. Creating a series focused on women who interacted with Christ felt like a natural decision for Smith and Pack. When considering the underrepresented perspectives and testimonies of these women, Pack felt a particular responsibility to give them a platform.

“We know their names and we know the events, but we don’t know what they were thinking or what they were feeling because they didn’t write the story. And that’s something I’ve tried really hard to do in these scripts is, for the first time, give them that voice,” she says.

Mary, the Mother of Jesus and Mary Magdalene

Perhaps one of the most unique videos they have created so far in the series is the story of Mary, the mother of Jesus. Because there are so many scriptural stories about Mary, Smith and Pack were able to create a video that depicts much of her life.

As Smith says, “We weren’t really able to do that with the other women because we just don’t know their full lives. But with Mary, we have from when she’s maybe 13 or 14 all the way until very close to when she dies. . . . We have this full perspective of her life that we really have very few examples of like that, of other women in the scriptures. And she’s just such an amazing person.”

► You may also like: 5 prophecies about Mary that will help you see her in a new way

Likewise, thorough accounts about Mary Magdalene recorded in the scriptures made telling her story a special experience for Pack. This was the first video in the series to go viral, but that is not the only reason why she finds the video so deeply meaningful.

She states, “When I was working on that one scene where she walks into the tomb and finds the body is gone, for the first time in my life I walked visually in my head into the tomb and imagined, ‘What would that feel like?’ I’m there to perform a task, and I can’t because the body is gone.’ And to understand the significance that Christ would choose a woman to be the witness that He is now resurrected, when women weren’t even allowed to testify in court and were not considered very valuable members of society, what a special message Christ is telling each of us, man or woman.”

► You may also like: Mary Magdalene: Powerful insights into this strong disciple of Christ

Smith also finds the video that discusses the women who anointed Jesus special. In addition to the Women and Jesus video series, Smith has previously created several videos that describe the symbolism associated with temples. As such, he particularly enjoys the opportunity to help others develop a better understanding of what it truly means to be anointed.

Recognizing the sacred privilege it is to tell another’s story, Smith and Pack deliberately invite the Spirit into each phase of the creative process. Pack describes it as an opportunity to counsel and discern the proper course of action: “Sometimes I wish people could be a fly on the wall and just listen to Daniel and I talk back and forth, because we push and pull, and ‘what about this,’ and ‘what about that.’ I think what emerges are these insights and these ideas that get threaded through the script.”

For Smith, the Spirit is especially evident through inspiration and guidance. “There’s no question that there have been many times where I just either don’t know how to word something or don’t know how to convey it, and it just comes through,” he says.

The writing process itself is often an emotional experience for Pack. “I know when it comes time for me to actually sit down and write the words, I always say a prayer and ask that Heavenly Father helps me see this woman the way He sees her,” she shares. “And I have been blessed to have those experiences happen so that I almost feel like there’s a team helping me get the words out.”

As Pack strives for the gift of charity and the ability to deeply empathize with another woman’s struggles, a woman whom she has never met, these scriptural stories have become especially poignant for her.

Learning from these narratives, Smith and Pack ascertain the importance of keeping Christ as the ultimate focus. When asked how to keep Him at the center of our studies, Smith said, “I think it’s just always looking for Christ. . . . When you’re studying these stories, whether it’s a man or a woman or a child or a wicked person or a righteous person, I mean, they’re all children of God and they all have at least some aspect that can help better teach us about the attributes and characteristics of Christ.”

► You may also like: Improving our relationships through Christ-centered connection

Seeing Christ through the eyes of another can be a powerful way to develop a personal relationship with Him and understand His nature. Smith points out, “If you don’t know that Christ is merciful in the scriptures, why is He going to be merciful to you? If you don’t know that He is forgiving, why is He going to forgive you? And so as we look at these stories, and these stories in particular of these women, then we can look and say, ‘Okay, how is Christ teaching and treating this woman?’ Because that is the same way that He will treat us.” The more we search the scriptures, the more we discover how Christ is willing to approach everyone with tenderness and compassion.

As Smith has kept this perspective, he has learned immensely. In response to President Russell M. Nelson’s counsel to “Hear Him,” Smith often asks himself, “How can we Hear Him in this story?” The result astounds him each time he puts this into practice.

► You may also like: As we strive to 'hear Him,' President Eyring says we can take courage from this verse in Helaman

In the stories of women who have interacted with Jesus, Pack cannot help but also notice the loving way Christ treated them. She says, “When you look at how women were treated by the Pharisees, the Jewish leaders, the elders, in comparison to how Christ treated them, there’s a powerful message about us and Christ. Women weren’t even touched . . . it wasn’t even considered correct to touch a woman for she might be unclean. And we have so many examples of Christ being willing to in essence break that rule, even though it’s not really a rule, and you find all these stories of Him touching women. He touched the adulteress, He let the woman touch His feet to anoint, He would touch the widow of Nain and touched the dead body. This is all very powerful when you understand the historical context.”

Pack continues, “As we’re willing to see what Christ was willing to shed as far as what society said women were, it breaks through that barrier and helps us see how Christ truly saw these women. And then it helps us see how Christ can truly see us. In a world where we may feel voiceless, we may feel oppressed, we may feel harassed, just like they might’ve by the Pharisees and the leaders back then, we know that we have someone who’s willing to break through all of that, reach out and touch us, and let us know that we are of value.” For Pack, it is comforting to know that Christ treasured real, authentic women who fully understand the struggles of everyday life.

► You may also like: How women have been witnesses to the most significant events in Church history

“These were real women who really loved, and they had chores, and they had stresses. And they had daily things that they had to do just like us. And we can learn to love them, just like we love the people in our lives right now. But as we do that, what we’ll really, I think, learn to do is to love Christ in a way that we maybe haven’t up to this point. But these women have a story to tell. They have lessons to teach, and all of it points to Christ,” she says.

How will Smith conclude whether the Women and Jesus video series is a true success? He states, “My hope with these is that when somebody watches one of these videos, they will come away wanting to study the scriptures more and learn more about the Savior. . . . I want somebody to say, that maybe has struggled with studying the scriptures . . . ‘I think I want to read this scripture again. I want to read this story again and look for Christ.’”

Watch the entire Women and Jesus video series on YouTube.