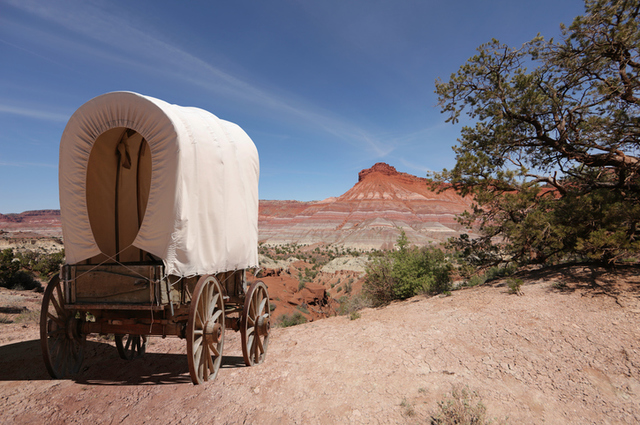 Most Church members today don’t realize the depth of mistrust and resentment some Mormon pioneers harbored toward the United States in 1846 and 1847. When the Mormons arrived in the Great Basin, they were actually arriving in northern Mexico. They purposely crossed an international border and were fleeing the United States.

Joseph Smith had been especially concerned that the U.S. Constitution did not protect minority rights. “There are only two or three things lacking in the constitution of the United States,” he contended, and it was the guarantee of rights and freedom for all, regardless of religious affiliation. He was dismayed that the federal government refused to intervene on behalf of Mormon property rights and religious liberty in Missouri. He wished that the Constitution required “the armies of the government” to enforce “principles of liberty” for all people, not merely the Protestant majority.

For Joseph Smith, it was not enough to merely tolerate people of other faiths or of no faith. Religious bigotry had no place in his worldview. He stated, “God cannot save or damn a man only on the principle that every man acts, chooses, and worships for himself; hence the importance of thrusting from us every spirit of bigotry and intolerance towards a man’s religious sentiments, that spirit which has drenched the earth with blood.”

Devotion to the United States

Despite the substantial resentment recorded in the Council of Fifty minutes toward the United States and its Constitution, council members also demonstrated ongoing devotion to the nation. Considerable paradox is thus bound up in the minutes and in the hearts of its members.

For example, under Brigham Young’s leadership, council members talked about declaring themselves an independent nation even as the council drafted letters to every governor of every state in the nation asking if each governor might be willing to accept Latter-day Saints as a group of religious refugees in his respective state. And as William W. Phelps once said in a Council of Fifty meeting, he was in favor of “letting the United States and British governments alone, we are better without them.”

The Council of Fifty’s very organization centered on the idea that Mormons needed to find a new location for Mormon settlement (initially, the search was for an additional location for Mormons—another gathering place not to replace Nauvoo but to supplement it, with some early discussions and efforts focused on Texas as a place where Mormons with slaves might gather to avoid the problems that moving to a northern state might present for slaveholding converts). Oregon and California were also places that captured the council’s imagination.

Historians have long known of the advanced preparations of the Mormons for their removal west, especially their foreknowledge of the resources that the West had to offer and the potential sites for a future relocation. As early as September 1845, Brigham Young had zeroed in on the Great Salt Lake. Sometimes, stories that circulate in popular Mormon culture suggest that the Saints were driven from their homes in Illinois and wandered aimlessly westward, not knowing their destination until, on July 24, 1847, Brigham Young declared that the Salt Lake Valley was “the right place.”

Young, in fact, arrived two days after the initial Mormon migrants entered the valley on July 22. He joined that vanguard group on July 24 at their camp, where the beginnings of the initial Mormon settlement were already under way. Young’s declarative statement that day was thus a confirmation of a decision already made—something Young had contemplated with the Council of Fifty as early as the fall of 1845.

The Appeal of Mexico

Council members were also purposefully looking for a place outside of firm governmental control for their settlement, and northern Mexico (which at that time included modern-day Utah) fit that bill. They were fully aware that they were leaving the United States and crossing an international border. Mexico’s lack of direct dominion over its northern frontier was partly what made it so desirable to the Saints.

Erastus Snow observed on March 22, 1845, that “the only difficulty there appears to be in the way of our locating in California is the Mexican government, and he has no fears about them. . . . He knows the Mexican government is weak, and they have never taken measures to place themselves in a situation of defense: They are too weak to maintain themselves against an enemy in their midst. Every information he has been able to get goes to satisfy him that there is a mere form of government but not much power.” As Snow viewed it, the Great Basin existed in a power vacuum, which made it an attractive destination for the Saints, who were looking for a place to establish a religious kingdom without the same type of outside interference that had worked to their disadvantage in Missouri and Illinois. 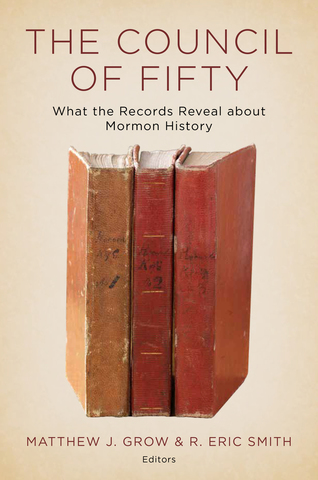 The minutes of the Council of Fifty provide a rich and fascinating record of council members’ deliberations and decisions; but the detail contained in the 800-page volume may be overwhelming to many Latter-day Saints. This book of 15 short essays gives an initial appraisal of how the council’s minutes alter and enhance our understanding of Mormon history during the critical era of the last months of Joseph Smith’s life to the trek west.