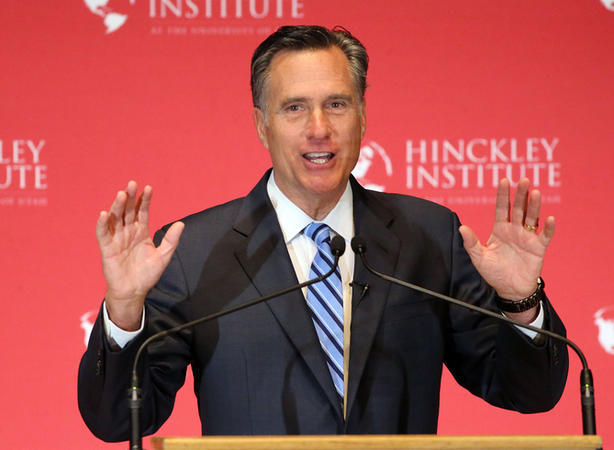 Rumors broke out on Thursday that Mitt Romney may endorse Gary Johnson.

It’s entirely possible that Utah will become something of a swing state for the 2016 election.

Speaking with CNN on Thursday, Libertarian presidential candidate Gary Johnson said he’s had several conversations with Mitt Romney and that the former Massachusetts governor is considering endorsing the libertarian and his running mate William Weld in the election this fall.

"I think he's considering the possibility of doing this," Johnson said, "of actually endorsing the two of us."

Romney has previously said he would think about voting for Johnson. He’s even gone farther to say that he would vote for Weld if he was on the presidential ticket, according to CNN.