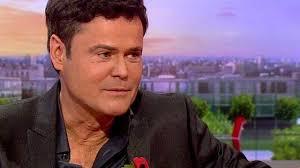 "When I was 17, I  'flat lined' after an accident and was later told I had died for just under 5 min," is not the usual way questions about conversion and the LDS faith begin, but it was all the more powerful for it.

The question, featured on Donny Osmond's website, was posted by Jeannie, a young woman who experienced something very few do—a near death experience.

According to the post, Jeannie saw her lifeless body in the few minutes her heart stopped and began walking along a path.

"It was a bit misty but got brighter as I kept going along path . . . [I] saw a man standing at a trellis type entry. Knew he was family but did not recognize him. Just FELT like family(?). He smiled, shook his head no, and said 'not yet, not for awhile,'" she wrote.

Ten years later, she was going through a family photo album when she saw a picture of that man. He was her then-16-year-old relative who had passed away in 1925 of influenza.

This experience greatly influenced Jeannie to believe in the LDS faith, but she says her husband, who was baptized LDS but is not an active member, does not believe in life after death or what she saw during her near-death experience.

Having lost their only child in 2013 and desperately wanting to be united with her family forever, Jeannie asked Donny: "How do I convince him the faith he was raised in is correct?"

Though her question was not an easy one to answer, Donny responded in a way that was filled with faith by quoting scriptures and sharing what he believed about life after death, agency, and eternal joy.

"I wish there was a way for me to help you open his mind and heart to the reality of life after death and that we will someday stand before our maker to account for the life we live and will be assigned to an eternal glory accordingly," Donny responded. "On the other hand, each of us is accountable for our own lives and eternal future. I encourage you to launch your own quest for the true gospel and work to secure your own eternal success. I wonder if he would be touched by your efforts and through that, come to know the true gospel of Jesus Christ. In either case, you can find that eternal joy."

Read the full response on donny.com