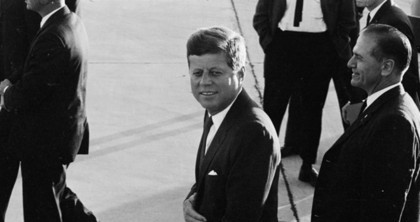 Would John F. Kennedy have supported a Mormon president?

Recently, CBS News did a story on the frontliners for the 2012 presidential candidates. Each person mentioned was given a list of campaign strengths and weaknesses. Two of the names mentioned have Utah connections and are members of The Church of Jesus Christ of Latter-day Saints: Jon Huntsman Jr. and Mitt Romney. Amid claims that other candidates weaknesses included lack of fundraising power, name recognition and moral issues, CBS News cited belonging to the LDS faith as a weakness for both Huntsman and Romney.

And CBS News is not alone in its views. Other members of the media have pointed out that Huntsman and Romney’s religion could be a major drawback in their candidacies.

But not all people nor politicians may see it that way. In fact, many past prominent politicians and presidents of the United States have spoken in favor of members of the LDS faith, stating the good that members of the church have done in the world, their country, their communities and in their homes.