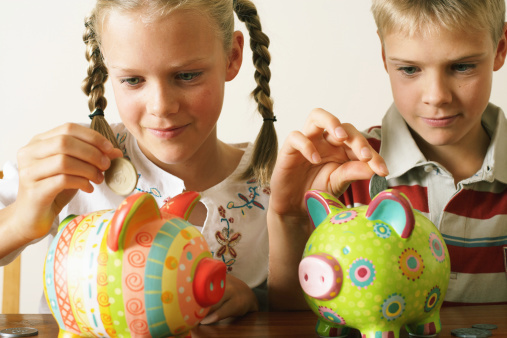 A recent article* from Slate magazine proclaims “you’re doing allowance wrong.” And it might be right.

The advice the article gives boils down to four basic points:

Start allowance as soon as kids begin asking about money.

Have kids divide allowance between spend, save, and give (in an LDS instance, giving means tithing).

The first three points you’ve probably heard before; waiting too long to let children practice with money is one of the 7 financial mistakes every Latter-day Saint family should avoid. So is teaching them about saving and tithing. And allowing kids to learn from mistakes while young spares them adult consequences of making similar mistakes later in life.

But not linking work and allowance?

Dave Ramsey, financial expert, might have something to say about this counterintuitive approach. “We put our kids on commission at an early age,” he shares. “If they worked, they got paid. If they didn’t work, they didn’t get paid. We put a little dry-erase board on the refrigerator and listed all the jobs they had to do during the week, with a dollar amount next to each one. When you did a certain job, you were paid that amount.”

He explains, “Teaching kids that there’s an emotional connection between work and money is one of the best things you’ll ever do as a parent."

So then what’s Slate onto?

It’s actually something quite clever. If you link chores and allowance, they explain, “there will come a point when your kids have enough money and decline to do chores.” But while they’re still members of the household, they need to lend a hand.

So if you’re not paying for chores, how do you motivate your kids to help out? It’s about leverage, Slate says.

“[It’s] far better to take privileges away than money when kids neglect their tasks. Screen time, car keys, and soccer practice are all things they get or get to do because we let them. Most kids value at least one of these far more than money.”

Money is a powerful tool and can be used to imprint values, but “kids should do chores for free, same as parents.”

How does your family handle allowance? Let us know in the comments below.