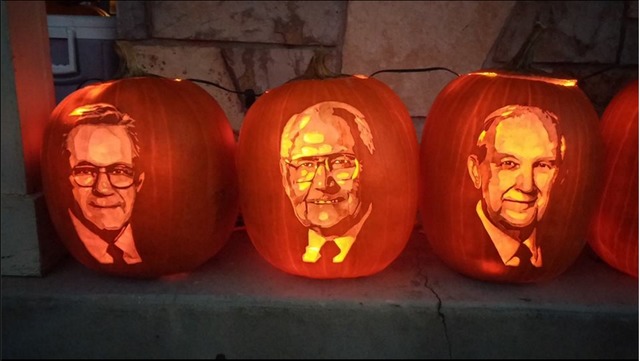 Over the Halloween weekend, some Provo residents decided to turn the holiday into a way to celebrate the life and legacy of three great men who recently passed away: President Boyd K. Packer, Elder L. Tom Perry, and Elder Richard G. Scott.

Using only pumpkins and a little candlelight, they created this stirring tribute, helping all who passed by their home to realize that Halloween is not only a night of tricks or treats. It is also a night to remember those who have passed on before but whose spirits and examples still remain with us.

In response to this picture, which was originally posted to Facebook by Rachel Brunson, Jesse Smith added a picture of a pumpkin carving masterpiece created by Daniel Keele, this one a tribute to our beloved prophet, President Thomas S. Monson. 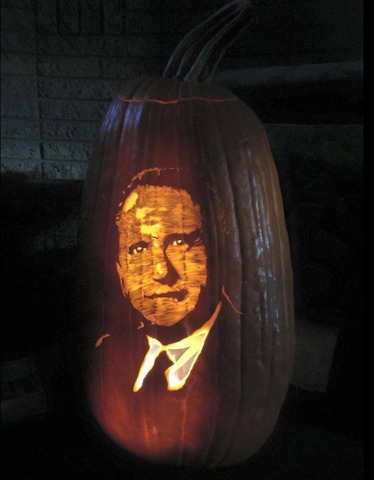