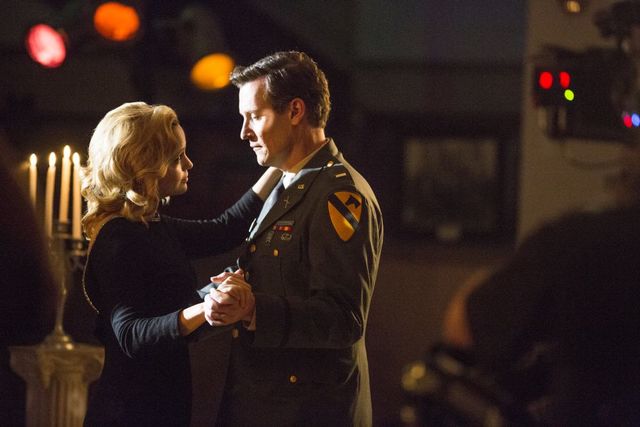 Prolific LDS actor Scott Christopher is probably most recognized as the role of the investigator in the popular Mormon movie The Best Two Years, but he has also acquired sideburns and yellow teeth for a role as General Doniphan in Joseph Smith: Prophet of the Restoration. Most recently, however, he's rubbed shoulders with a few Hollywood stars in the BYUtv original series, Granite Flats. As an actor, a bishop, a motivational speaker, a writer, and a dad, he had a lot of great insights to share with us in this Q&A.

What type of character is your favorite to portray?

I can do voices and accents. I can cut my hair or dye it. I can lose weight or gain it. But I prefer to just play me, it's easier. My first love is comedy. I like the smart aleck, quick-witted anti-hero roles. Granite Flats is stretching me because my character has some pretty heavy lifting, but it’s rewarding to play the other side.

How does your religion affect your acting?

It affects my career as an actor, but I’m not sure if it impacts my actual performance. Having said that, I graciously offer a silent prayer to a very generous Heavenly Father before pretty much every scene or any performance I work on. If I have any talents or gifts, they are just that... gifts, given to me freely without me doing anything to ‘deserve’ them. They’re His to give and His to take away and while I hold them, I look to Him to help me develop and use them. I also have exercised some restraint in not abusing those talents with inappropriate projects which is so hard as an actor. I haven’t been perfect and I’m sure I’ll make more mistakes, but generally I think my work aligns well with my values and faith. 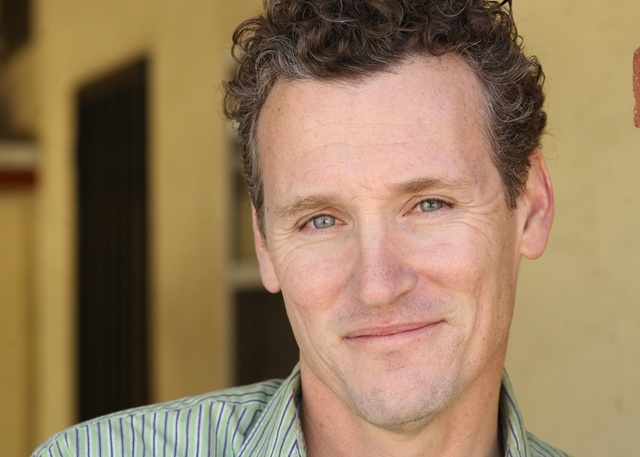 You're also a motivational speaker and a bishop. Which of your accomplishments do you most want to be remembered for?

Professionally speaking, I don’t think I’ve done it yet, to be honest. I guess Granite Flats or Best Two Years comes closest. I’m extremely proud of the quality of the work and the depth of performances. But I sure hope my very best is still ahead. I’m no longer a ‘young’ man, but I haven’t come close yet to where I want to be. I’m ambitious but cautious, because of my covenants and faith. As for being a bishop, I only want to be remembered for not rocking the boat or scaring away too many members!

What do you do in your free time?

I grew up in Michigan, so I bowl. My mother, who’s 75, still averages about 160. She taught us to bowl growing up and I can’t remember the last time any of my friends or relatives beat me in a three game series. Having said that, I don’t have my own ball or shoes, I just use the alley’s equipment. I’m also not on a league, but someday when I’m retired, if ever, I will bowl all the time. I also spend a lot of time just trying to see my five sons grow into successful, contributing men. My oldest is 21, my youngest 11. My second son is on a mission in the Taiwan Taichung mission.

What was your favorite scene in The Best Two Years?

That’s tough to say. One that stands out, because it was so fun, was what we call a “one-er” in the store. This is where the entire scene is done in one long camera shot, so the cameraman or DP, Gordon is following us around in a little grocery store as Kirby Heyborne and I have this scene. We mapped it out in advance and there was a lot of collaboration. I basically said “Ok. I’m going to stop here and look at these things and then I’m going over here to buy this stuff and then I’ll crouch down and grab this thing. Gordon would say, “yep, ok, we can make that work.” Kirby was great, of course. One of the best laughs in the movie was a bit that I came up with. We head over to the wine bottles and I put one in my basket and I said, “Kirby, I’ll look away for a second and you sneak it out of the basket and put it back on the shelf.” The timing was sublime. And we only could afford to do the whole thing once or twice because the store owner didn’t want us scaring off his customers; some of the ‘extras’ were legit customers!

How did you get involved with Granite Flats?

I’d heard from a friend who works at BYUtv about the project and that they were looking to cast the principle roles in LA and New York. I was disappointed, naturally, as an LDS actor and I’m confident there are hundreds just like me who feel or have felt the same. Anyway, I was living in Riverton, Utah when I heard about it. They finally got around to casting the ‘local’ roles and at least I was able to go read for one of those. I was cast as ‘Frank’ for the pilot episode, which at the audition didn’t seem like a very promising, long-term role. However, Executive Producer Scott Swofford was incredibly transparent about the possibility of it becoming more and he asked if I would be interested in that, should the storyline go in that direction. You can imagine my response. Anyway, I feel extremely privileged to be the cast’s sole representative of my fellow LDS actors that live in Utah or elsewhere. And I hope that it’s an opportunity I’ll be able to enjoy for a while to come.