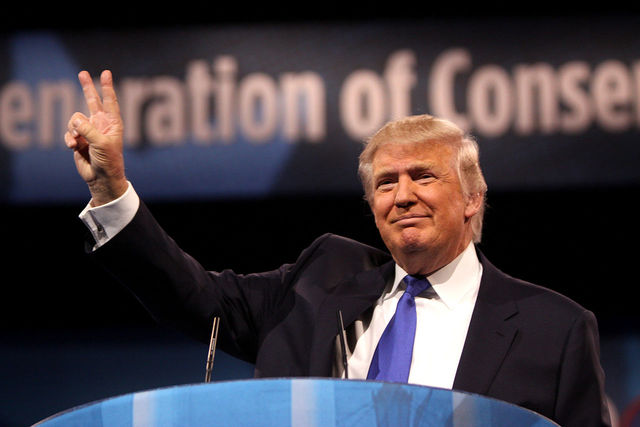 What Trump Told One Reporter What He Thought About Mormons

LDS New York Times reporter McKay Coppins recently wrote an opinion article about Donald Trump and religion that has been gaining some traction.

Within the article, Coppins mentioned an interview he had with the presidential candidate back in 2014—one where a discussion about Mitt Romney inevitably turned to talk about Mormons. In sharing what he thought about Mormons, Trump gave some surprising comments.

Here's the exchange, in Coppins' own words:

When I interviewed him in 2014, he argued vigorously — despite a mountain of evidence to the contrary — that Mitt Romney lost the 2012 election because many Christian voters were put off by his alien faith. Eventually, I had to to interrupt him.

He raised his eyebrows. “You are?”

He promptly recalibrated, telling me about a Jewish friend (“great guy, rich guy”) who had moved to Utah and fallen in love with the local creedal breed. “You know,” he said, “people don’t understand the Mormon thing. I do. I get it. They are great people!”

As elections near, it's important for Latter-day Saints to remember that, when it comes to candidates and political parties, the LDS Church remains neutral. "The Church’s mission is to preach the gospel of Jesus Christ, not to elect politicians," Mormon Newsroom states.

However, the Church is not neutral on its stance of its members' involvement in politics and their local communities. No matter a member's country or political affiliation, the Church encourages them to "play a role as responsible citizens in their communities," become "informed about issues" and world events, and "vot[e] in elections" when they are given the opportunity.