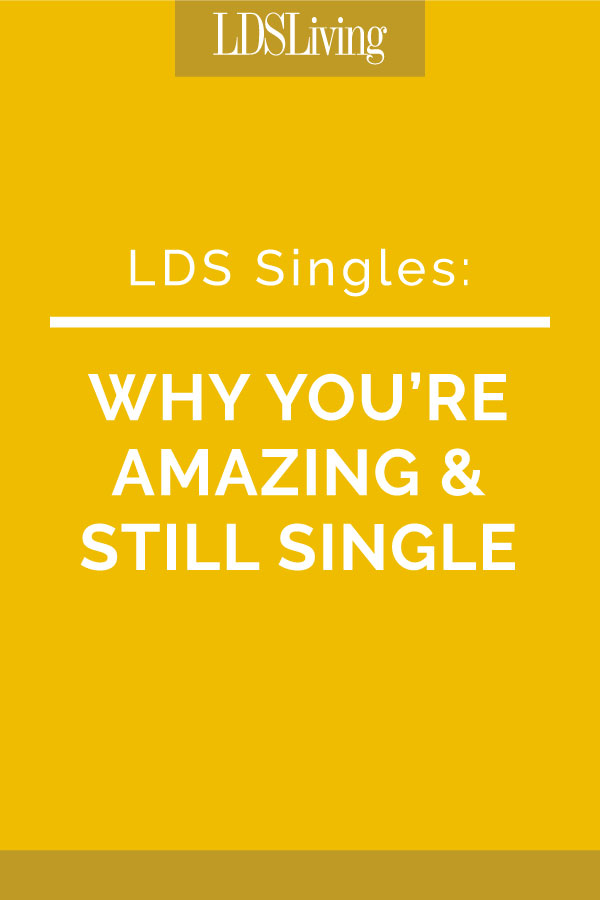 Everyone knows someone who is amazing and still single and they can't figure out why. They’re attractive, educated, and date great people, but year after year they remain single. Is their struggle to connect and commit their fault, their partner’s, or both? What keeps them from creating lasting love and how can they break this pattern?

As a marriage counselor for 17 years, and now as a dating coach, I’ve spent years helping singles and couples solve dating and relationship issues. The most common pattern I observe is that of singles getting trapped in anxious or avoidant attachment patterns (click here to Discover if you act anxious, avoidant, or secure in relationships). The resulting highs and lows, drama, and rejection are enough to convince anyone that their fears are true and either they or their relationship is fatally flawed. 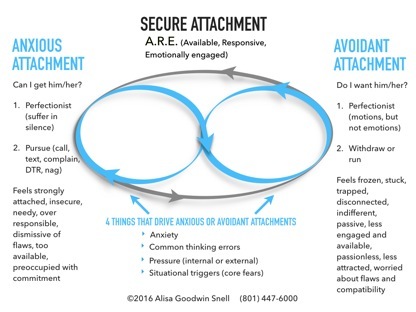 Anxiety is often hard for singles to accept as playing a major role in their dating or relationship struggles. This underlying force can push some singles for perfection and success in their religious worship, educational goals, and career choices, while also unwittingly make them act needy, intense, critical, or unreachable in dating. It can causes them to overanalyze every decision, emotion, and action they (or their partners) take in relationships (signs of anxious attachment) or it can make them feel passive, disengaged, indifferent, and numb (signs of an avoidant attachment). It can drive them to over-focus on getting and keeping a relationship (anxious attachment) or cause them to be plagued with doubts about whether they want the relationship (avoidant attachment). Due to their belief that their need for commitment is understandable or their fears of incompatibility are reasonable, they often don’t see anxiety as being the true source of their problems. For instance, those with avoidant attachment often perseverate on their partner’s small flaws (slightly unattractive features, or minor incompatibilities) fearing that these may lead to future problems, when the issues may actually be a sign that they’re suffering from a specific type of obsessive compulsive disorder, called Relationship OCD (or ROCD).

Through understanding the underlying influence of anxiety in propelling both sides of this insecure attachment cycle, singles can learn to break their patterns and create secure attachments through being Available, Responsive, and emotionally Engaged (A.R.E) with each other. They can also learn to discern the difference between when the spirit is speaking, versus their anxiety (as highlighted in I’m Anxious - So Let’s Break Up).

Thinking errors are quite pervasive in our society. Here are a few that I see most often:

• what if (ruminating over past choices or possible catastrophic outcomes)

• personalization (believing one’s partner is a reflection on oneself)

• should statements (shaming oneself or others as a means of motivation)

Whether pressure is created internally or felt externally from others, it  usually amplifies the fears of the anxiously attached and shuts down the emotions of the avoidantly attached. For example, when an anxiously attached person feels pressure to marry (either due to their fears, concerns over the length of the relationship, or from other’s questions) they often feel more doubt and insecurity about their partner’s feelings. This can lead to a strong need for their partner’s increased validation, love, or commitment. However, when an avoidant person feels cornered with questions about their feelings, they may instantly feel less connected without knowing why. From this pressured position, they usually don’t feel an authentic ability to express strong positive emotions or to respond with excitement about becoming more committed. It doesn’t mean they don’t feel positive emotions at other times, but when under the influence of pressure, their ability to feel positive emotions is restricted. This phenomenon is best explained by the Be Spontaneous Paradox, in which an authentic reaction or emotion is expected immediately and spontaneously, which is paradoxically impossible since the ability to be authentic requires spontaneity, which can not be forced or created on demand. In other words, if someone is told, “Give me your most sincere laugh, right now,” they would be incapable of doing so since all their efforts would feel insincere. This is why an avoidant person can’t share positive emotions on demand either.

The problem is that most people mistakenly believe that only spontaneous emotions are relevant. This causes them to scrutinize their and their partner’s emotions, taking them very personally. The truth is, emotions are fairly random, but they can consistently be changed if: 1) the person takes action, and 2) their emotions are not being scrutinized (by themselves or others). A good example of this can include going to church, doing service, and going home or visiting teaching. A strong desire to do each of these is not required. Not surprisingly, once the action is taken, the person often feels positive emotions (and if not, they don’t interpret it as meaning that the activity was wrong but just that it is normal to not always feel excited about it).

When singles learn to take the pressure off together as a couple, normalize each others positive and negative feelings, and enjoy the stage they are in (rather than rushing to later stages of dating), they find it easier to create strong bonds, secure attachments, and deep connections.

It is common for singles to experience negative reactions to their date’s driving habits, beliefs, personal issues, or physical flaws (to name a few), but these issues are often not the reason for their reactions. They are more likely responding to a personal core fear that was triggered by the situation. For example, their frustration with a partner being frequently late may be more about the fear of being powerless, embarrassed, taken for granted, or mistreated than it is about the other’s tardiness. When the underlying fear is exposed, it is easier for them and their partner to respond in a way that keeps them both Available, Responsive, and emotionally Engaged in their relationships (A.R.E.) as they learn to solve problems together as a couple. This is the secret ingredient to breaking the anxious and avoidant attachment pattern--sharing feelings, talking about fears, and making efforts to meet each other’s deeper needs. By doing this singles learn to increase trust and mutual interdependence.

To learn more visit LastingLoveAcademy.com. Alisa Goodwin Snell is a dating coach, with 17 years experience as marriage and family therapist. She is the author of the "It’s Not You—It’s Your Technique" dating system and has helped hundreds of singles become happily married.