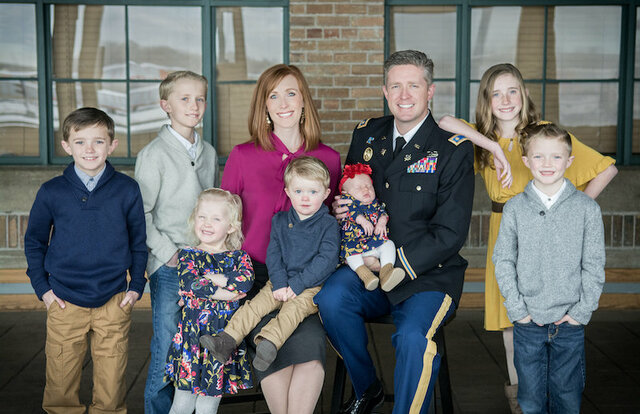 “I'm Not Raising My Children Alone”: How Jennie Taylor Has Found Peace after Her Husband Was Killed in Afghanistan

Jennie Taylor remembers the evening of November 2, 2018, so well. It was the first time she had seen many of her college girlfriends in what seemed like forever. Their overnight reunion included plenty of laughs and shared stories about each other’s kids and husbands. Jennie was convinced that her mom was right when she encouraged her to leave her seven children and take an overnight trip with the girls a few hours from their Utah home.

At the time, Jennie’s husband, Brent Taylor, was deployed in Afghanistan. Jennie was sure he was fine, though—after all, the couple had survived three previous deployments in service to the country they adored.

But when her phone rang the next morning, Jennie’s life would change forever.

"Wherever you are, you'd better hit your knees," Kristin Stroud told her daughter as gently as she could. "There are two Army officers here to talk to you."

Jennie's heart sank. Worry gripped her mind. What could be wrong? she agonized. Later that day, in a conference room in the National Guard headquarters, the Army officers told Jennie that her husband, Brent, had been killed while serving his country.

“The anxiety and the darkness that accompanied the sadness were overwhelming and frightening,” she recalls. But as days—and now months and years—have passed, Jennie is “learning to feel the Spirit and to let the Lord comfort me. He can dispel my fears and calm my anxieties—even as my heart still longs to see my husband again,” she says. 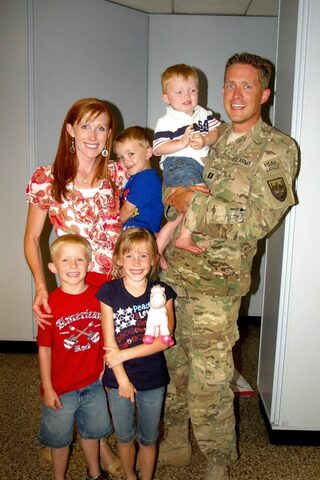 Jennie adds that sometimes the hardest moments are not those where she feels sorrowful or grief-stricken. Instead, her biggest struggles are often when she feels inadequate at the idea of raising her and Brent’s seven children, ages 2–14, on her own.

“I don't have enough arms for all of my children," she says, expressing her desire to comfort all of them at once. “Still, whenever I feel that way, the Spirit of the Lord reminds me that I'm not raising my children alone.”

Jennie says she does not “fear heartache” the way she did when she first learned of Brent’s death. In her moments of greatest grief and sorrow, she knows that she can turn to the Lord.

“He will comfort me in my heartache,” she says. “Sometimes the grief seems like too much to bear, and I can't do much more than sit down and sob. In those moments, I find myself desperately pleading with the Lord to give me peace and strength, and to let His light shine in the darkness of my despair.”

Over the past several months, she has also learned more about how the Spirit works in her life.

“It's not like a magic wand that instantly makes sadness disappear. It's more of a quiet confidence that He's near and a reminder of the hope His Atonement offers to me.” She adds, “I'm learning that I can be heartbroken and healed at the same time. I can feel mortal sadness because of Brent's death while simultaneously knowing that I will see him again.”

Many people reached out to help Jennie and her family following Brent’s passing. The Tunnel To Towers Foundation, which helps provide homes for families who have lost loved ones in war, paid off Jennie's mortgage.

“It is such a relief that our home is a stable place. Now I can be home with my children and set the schedule of when I need to be gone," she says.

In college, a friend lined up Jennie and Brent on a blind date after discovering their similar ideals. As she now processes her grief, Jennie continues to recall those values she and Brent had in common—God, family, and country. 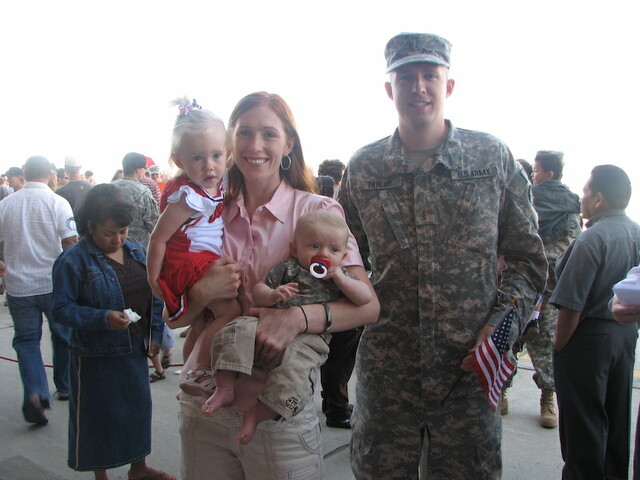 “My faith in my Savior, Jesus Christ, is what gets me out of bed every morning,” she says. “That faith is what continues to carry me through the loss of Brent and every challenge and all the heartache that comes with that mortal loss.”

She explains that the covenants she and Brent have made with each other and with the Lord in the temple allow their marriage to carry on beyond the grave.

Jennie explains, “My life and the life of each of my children has been completely turned upside down in the past year and a half. Life is full of unexpected trials and unanticipated changes. But my covenants are my constant. Death did not put an end to the love we have for each other,” she says. “Our eternal purposes as husband and wife and father and mother did not change when Brent died.”

As the days pass, Jennie continues to feel as if Brent is somehow still close by.

“I often feel that Brent is near me in a variety of settings, and in a variety of ways. It's not necessarily that I physically sense him nearby—though sometimes I do. It is usually more of a feeling that he and I are one. I can feel his love and his support. I can feel his influence in my mind and in my memory. I can feel inspired to do or say something the way he might have done or said it—at just the right moment.”

Additionally, Jennie has strong convictions that her family is an eternal unit and can feel Brent’s influence in raising their children. She often thinks of Brent's final text to her: "I love you—you got this."

“My children are really our children. They are still Brent's children, too. I know he is still able to be near them and to influence them, even though I can't really explain how that works, exactly,” she says. “And above all, I know that they are Heavenly Father's children and that He has known and loved them much longer than I have.”

She says her testimony of the gospel of Jesus Christ is based on the assertion that families can be together forever.

“My father died when I was 10 years old, and my childhood faith was founded on a great hope—the hope that I'd be able to see him again, the hope that our family could live together forever,” she says. “I wanted so badly for that promise to be true, that I really began to hope and believe in that doctrine before any other aspect of my budding testimony.”

That young faith in the doctrine of eternal families led Jennie to develop faith in the sealing power of the priesthood and in temple work.

“Faith in prophets and revelation has led me to a personal conviction that God really is my Father, that He loves me, and that He has a plan for me,” she says. “I am absolutely certain that families are ordained of God and absolutely central to that plan.”

She adds that the Atonement of Jesus Christ makes that plan possible.

“It is simultaneously universal and individual,” says Jennie. “The Lord knows the end from the beginning, and He is able to guide us through our trials and comfort us even in times of great loss. I am certain I will see my earthly father and my husband again. I am certain my marriage covenant continues beyond the veil. I am certain that our deceased loved ones are not lost and gone forever; in fact, I am certain they are much closer than our mortal minds can even comprehend.” 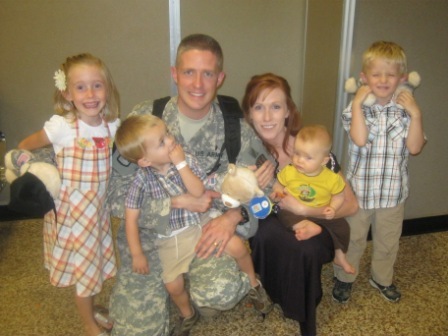 The young mother held on to that belief when the Secretary of the Army called, and out of utter devotion to both her husband and her country, she accepted the Secretary's invitation to be a Civilian Aide, serving as a liaison between Utah Army personnel and Army officers in Washington, D.C. Walking through the halls at the Pentagon on the day she was appointed, Jennie couldn't help but think that she and her 14-year-old daughter, Megan, were walking where Brent had walked before.

This Memorial Day, Jennie and her children will head to Ben Lomond Cemetery, where Brent's headstone that she helped plan and design, will be placed. The stone is adorned with Brent’s, Jennie's, and their children's names, along with the words, “United in Service to God, Family, and Country.”

What would Brent think if he could see his wife now?

“He is always near, because his love and his example and his legacy live on in me, in our children, in our extended family members, and in others who knew, loved and were influenced by him,” Jennie says. "I think wherever he is, he's cheering me on.” 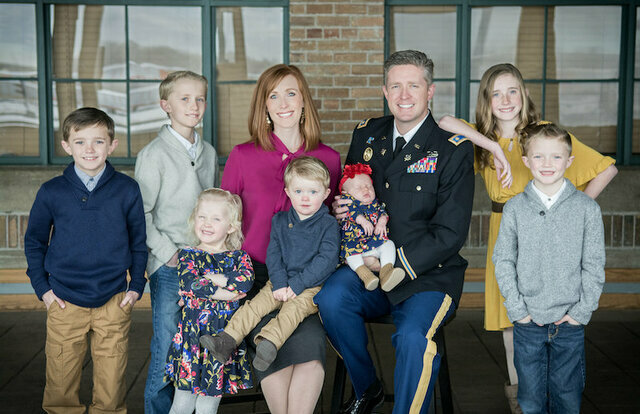 All other photos courtesy of Jennie Taylor

Soldiers Memorial DaySoldiers,Memorial Day,
Comments and feedback can be sent to feedback@ldsliving.com