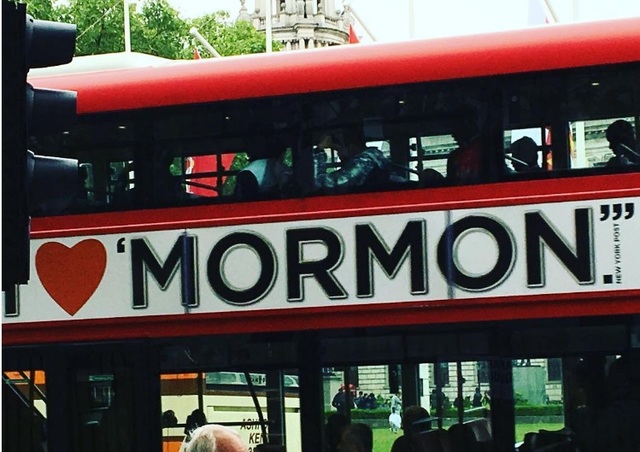 Why Buses in London Say "I Love Mormon" on the Side

Less than one percent of Britain's population is Mormon, so it may be surprising to find an "Ask a Mormon" ad on the side of a bus.

The ads are left over from the "I'm a Mormon" campaign in Britain, which coincided with the 2013 debut of The Book of Mormon musical in London and its accompanying series of "I Love the Book of Mormon" ads on buses.

The Church's campaign was meant to dispell any misconceptions that could arise from the musical, which is a satire about the Mormon religion.

As part of the campaign, pictures of Mormons living in Britain were posted on the side of 250 buses and on posters in high-trafficked areas like Charing Cross Station. 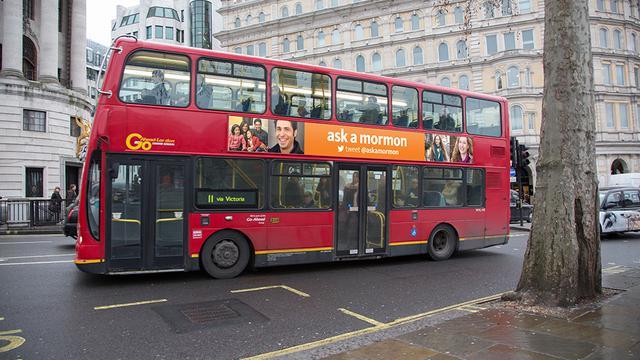 Among those featured was Alex Boyé, a former member of the British boy-band Awesome, which toured through Europe, as well as a former Mormon Tabernacle Choir singer. But there were also low-profile Mormons who were asked to join, like Tammy Whitehouse, a 25-year-old property administrator.

“The Church approached me to do it and I was excited," Whitehouse said in an article from Public Radio International. "I love what the actual campaign is all about. It’s great to be part of something that says, 'I may be a Mormon, but I’m not some weird person.'"

Two years later, some of the bus ads are still around for the musical and the "I'm a Mormon" campaign are still around, hopefully contributing to interest about what it really means to be an LDS member.