"Brigham Young University’s mascot is a dancing machine that is setting the internet on fire, as well as elating game crowds," Inside Edition says of Cosmo, highlighting his recent viral video with the cougarettes.

As a mascot, Cosmo definitely takes it to the next level as he performs his crazy stunts, dances, and acrobatics. But this isn't the only time the cougar has gone viral. Last year, his dance with the cougarettes received over 2 million views on Facebook alone:

Cosmo's moves are so hot, in fact, just last year he broke a world record in under 45 seconds and he literally cracked the pavement doing the "I Carlton Challenge."

While the cougarettes wouldn't reveal Cosmo's identity to Inside Edition, there's no telling who the nimble cat might be. In fact, in years past, Elder Dallin H. Oaks even impressed crowds while donning the mascot's suit. There's no telling who Cosmo might be this year. 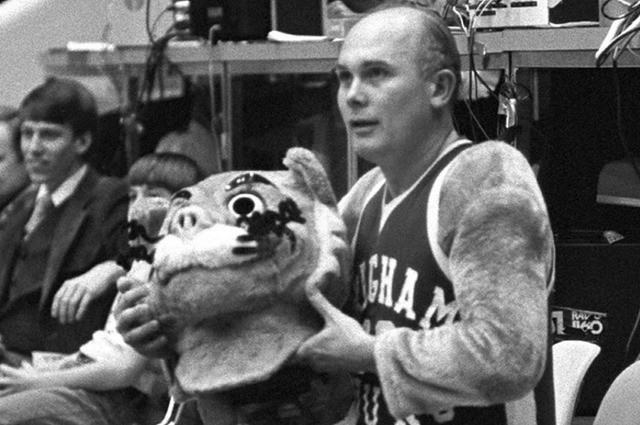