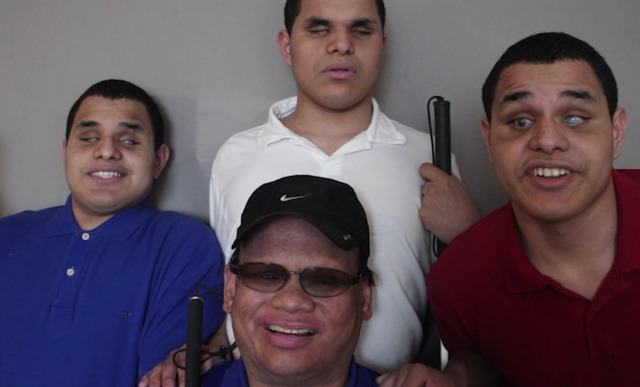 Six years ago, an LDS attorney in D.C. adopted three 10-year-old triplets. What makes this story even more remarkable is that the man and three boys were all born blind. The man, Ollie Cantos, first began mentoring the boys, who soon helped him find greater purpose to his life. Their story has recently been told by People magazine and captured in this short video shared by Now This on Facebook.

Watch the video and read the story below:

In 2010, Ollie Cantos, a lawyer with the U.S. Department of Education in Washington D.C., enthusiastically agreed to mentor 10-year-old triplet brothers. Also born blind, Cantos knew he'd have a lot in common with the boys.

The brothers—Nick, Steven and Leo—were born with retinopathy of prematurity, a disease that occurs in premature babies and causes blindness. Cantos was also born with the same condition.

The lawyer first heard of the brothers through a friend from church.

"He said he was losing sleep after he had learned that there were these blind triplet boys who had it really rough," Cantos tells PEOPLE. "He had this feeling like I had to meet them. He also told me that they had never met someone else who was blind."