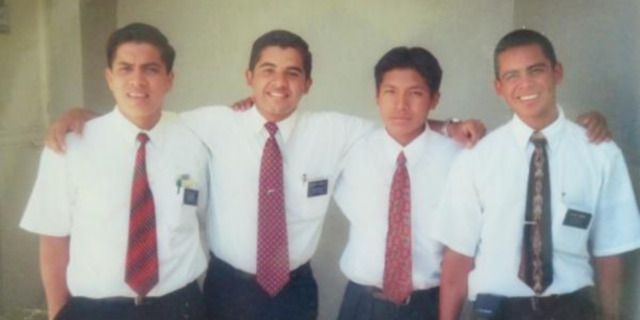 'We didn't think we'd ever see them again': After 15 years, missionaries and mission presidents reconnect in miraculous Zoom reunion

Walking away from my mission president in the Richmond, Virginia, airport was a tearful experience. I had come to see President and Sister Smith as almost a second set of parents, and I would miss their love and advice. But I found comfort in knowing that I would see them again in a year when they completed their mission.

I didn’t realize that day how lucky I was to know that.

Keith Layton and Rand Tolboe, along with their wives, served as mission presidents at different times in Guatemala in the early 2000s. When they said goodbye to missionaries native to Central and South America and Mexico, “tears rolled down cheeks” because as Layton said, “We didn’t think we’d ever see them again.” And without social media, the Laytons and Tolboes would have no way to know how their beloved Latino missionaries’ lives would turn out. Nor would they be able to continue to offer spiritual support.

But after 15 years, an idea spurred by the pandemic would have the tears rolling again, for a very different reason.

With help from a dedicated committee, the Laytons and Tolboes participated in a mission reunion over Zoom where they saw the faces and heard the voices of hundreds of their missionaries, many of whom they hadn’t had any contact with since completing their assignments. 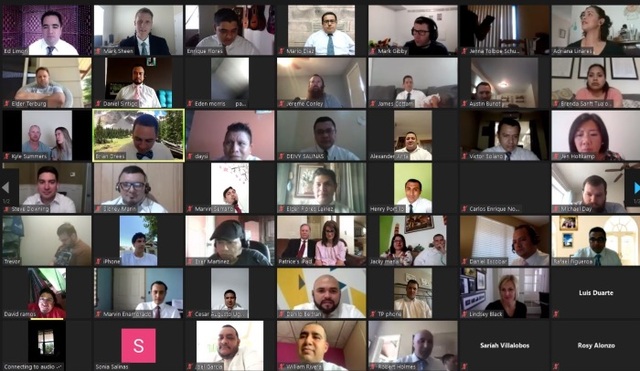 One of the most miraculous parts? The reunion’s planning committee was quick to acknowledge that the reunion likely would have never happened had not the world become so accustomed to video calls because of the pandemic.

► You may also like: Not a traditional mission but my mission

“The radio and television [stations have] emphasized all of the negative that has happened. . . but in the quiet chambers of all of our hearts, we’ve seen how the Lord has turned our lemons into lemonade, our limones en limonada,” says Tolboe. “God’s tender mercies can turn something so terrible into many wonderful and good things, and this certainly was one of them.”

Tolboe’s wife, Patrice Tolboe, adds that the virus might have had an additional role in making the reunion happen: “Possibly with COVID-19 people had the desire to reconnect more. . . to be together and bond together and support each other.”

The Laytons and Tolboes believe many “tender mercy” miracles came from their reunion—miracles that can happen among any mission reunion family.

Miracle 1: A Gathering In

Returned missionaries Ed Limon and Enrique Flores were instrumental in planning the reunion. While they were never companions, Limon and Flores served in Guatemala at the same time and had occasionally interacted with each other. They reconnected when Limon saw a comment from Flores suggesting a virtual reunion on a mission Facebook page. Limon had wanted to organize a reunion, and seeing another voice campaigning the idea was the motivation he needed to get the project moving. They made sure to get both mission presidents involved as the planning went along.

► You may also like: Latter-day Saint whose cancer returned 13 days before his mission serves unique mission

“Unfortunately, there have been distant missionaries, but . . . my hope was for them to feel the Savior’s love and to remember the miracles . . . they went through during their mission,” says Limon. 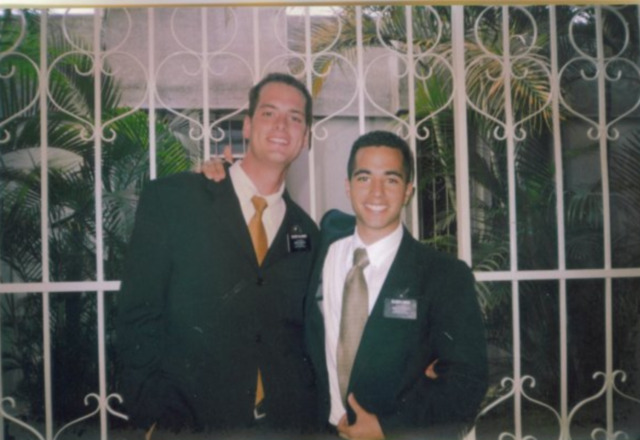 Ed Limon (right) on his mission in Guatemala.

For missionaries whose level of activity in the Church may have caused them to be hesitant attending a reunion in person, a virtual conference provided an approachable option. The reunion was also recorded and posted on a mission Facebook page.

“Several individuals that we never thought would tune in to the reunion did,” says Tolboe. “I think initially they wanted to see their friends, but then that stirred these feelings, and those feeling are the things that stirred the soul. I’m not going to say that everyone [who] was less active is going to become active, but as mission presidents we [now] have a chance to be able to contact them.”

Tolboe reported having between 40 and 60 new Facebook connections because of the reunion, and the list is growing.

“We’ve got one missionary in Paraguay, and we can’t find him. And there are so many [others] across the world, but slowly through these nets of communication we are managing to find them and renew not only our closeness with them but maybe more importantly renewing their closeness with their companions and with the memories they have of things that occurred,” says Tolboe.

Layton also enjoyed renewed contact with missionaries he had watched over, one of whom expressed how glad he was he had “braved going to the conference” despite being nervous about how he might feel while there. Layton saw this former missionary’s positive experience as evidence of the powerful bond created through missions. 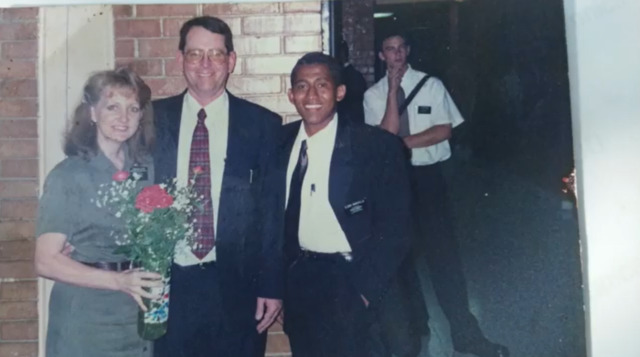 President and Sister Layton on their mission.

Layton’s wife, Shauna Layton, was also moved by the powerful bonding emotions she experienced on their mission and at the reunion.

“In Guatemala, we shared a beautiful country [with] a loving and generous people with colorful clothing and unusual foods.  We grew to love it and. . .we shared spiritual moments and experiences.  Some were challenges, some were sacred, some made us happy and others brought tears, but they have become part of who we are inside,” she says. “Even those who have distanced themselves hold a place in their hearts for the relationships and experiences we shared.  The reunion gave us the opportunity to renew those feelings and friendships.”

► You may also like: Why I consider my virtual MTC experience a blessing

Enrique Flores served as a young missionary in Guatemala under the direction of both Layton and Tolboe. Flores does not speak English, so in an interview with LDS Living, Limon translated as Flores shared in Spanish the impact of interacting with his mission presidents again after 17 years.

“I love them and think about them every day. I talk about them always,” says Flores. “To hear their voices again and to know that that love remains was significant to me. I didn’t know that this reunion. . . was going to have such a spiritual impact. For me, it felt like coming back to my mission in Guatemala. And to hear their voices and feel their love, that has no price.” 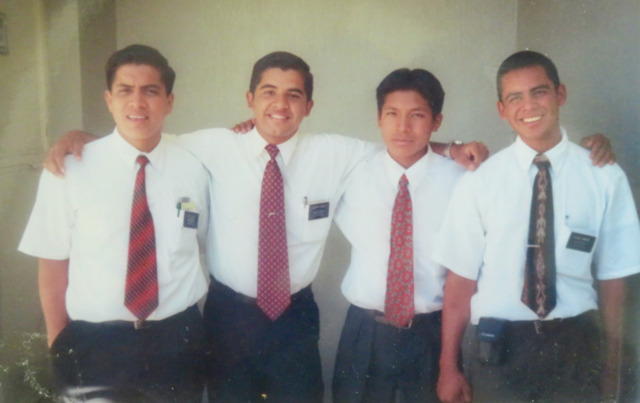 Enrique Flores, second in from the left, on his mission.

Miracle 3: A Place of Peace and Ministering

The reunion was also a spiritual experience for Limon, especially in the midst of disarray caused by the pandemic.

“Because COVID has turned the world upside down and because we can’t enter into the temple, we need to find ways to find that peace. I enjoy the devotionals and the classes that we have with our wards, but I’ll be honest, this feeling being at the reunion was almost like being present at the temple—where I felt the peace, where I saw the miracles, where I saw answers to many questions not only for me but those that attended as well,” says Limon.

As an organizer of the event, Limon shared that he has received thank you messages from less-active former missionaries, messages that have opened the door to conversations about other aspects of their lives. Limon is hopeful that missions around the world will experience similar miracles as they embrace technology and hold their own virtual reunions.

Tolboe is also passionate about the ministering potential of reunions. “I have about an inch thick of what I call my “miracle letters.” They are things that happened that prove not only to me but also those missionaries [who] wrote those letters, that God is over this work, this is Jesus Christ’s church, and He has the influence to change lives from things that are impossible. They saw those impossible things happen . . . in Guatemala [and] if they can just remember those feelings, then their hearts will turn again.” 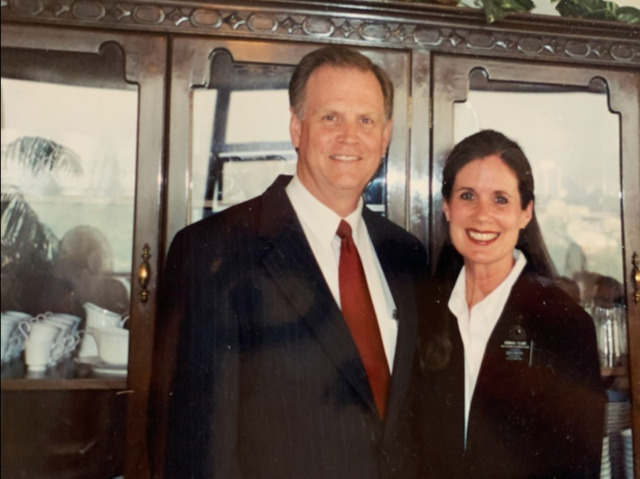 President and Sister Tolboe on their mission.

The Question of President Layton’s Heart

The missionaries were not the only ones whose hearts were touched during the reunion—President Layton found an answer to a question he’d held onto for years.

“As a mission president you work three years and then you go home and you ask yourself, or you ask the Lord, did I do okay? Did I do what You wanted [me] to do?” says Layton.

At the close of the reunion, the missionaries were invited to share brief testimonies. Layton says that he was very touched as missionaries shared how what they had learned on their missions had impacted how they’d lived the rest of their lives. He was also very touched to be “inundated” during and after the reunion with pictures of the families many of his missionaries have formed.

“We were amazed by the responses of the Latino missionaries. Many of them didn’t have what they would call a stabilized family, [and] now they are the first generation where this actual family unit is being formed,” says Layton.

Sister Layton adds that many of the pictures were taken in front of temples where the families had been sealed. “We love our missionaries and being able to see that they are doing well,” she says.

“I am so grateful to a God that can work through [my] imperfection to affect people’s lives,” says Layton. “His hand is in everything. His hand was in this meeting and His hand has been in the lives of all of them, [seeing] that was one of the greatest blessing of this reunion for us.”

The reunion also reinforced Sister Layton’s testimony that God is closely involved in our lives.

“In the important things in life, I don’t believe in coincidences.  I believe that the Lord in His great love and desire for us to know that He is there, sends us tender mercies in many forms—but especially in miracles.  Our choice is to see them as coincidences or to recognize them as His love manifested in our lives,” she says.

Both mission presidents plan to hold a virtual reunion every year from now on. For others wanting to hold their own virtual reunions, here are some ideas for success: