This past year has been full of the unexpected. Between the coronavirus, natural disasters, and societal issues, 2020 may not have been what we all expected when it brought in the new decade. But there have been beautiful moments too. Despite feelings of division, many people have come together to express gratitude for the blessings God has given them. Others have come to the rescue for those in need, whether physically or spiritually. And society as a whole has adjusted to new circumstances and situations despite moments of fear and uncertainty.

Latter-day Saints have also had their own set of challenges this past year. But whatever their circumstances, they have found hope in one another and in the Savior. At LDS Living, we’ve taken a look at just ten stories from 2020 about Latter-day Saints who have inspired us. Each has helped us to not only reflect on where we’ve been but has shown us that we have reason to hope for the future. We hope it does the same for you. 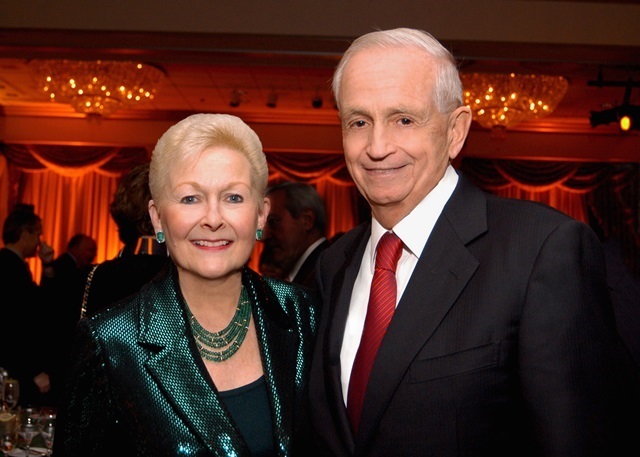 Marriott hotels aren’t the only thing that have shaped Bill Marriott’s life and defined his success. Bill’s commitment to his faith and family has also been unwavering. Now age 88, Bill has been shaped by spiritual experiences that have brought him closer to his Father in Heaven and reminded him of what is most important in life. Read the LDS Living feature.

Finding Hope: When babies return to their heavenly home before ever coming to their earthly one

In this story, you will have the opportunity to meet Grace—a beautiful baby girl who was delivered stillborn just weeks before her due date, and Charlie—a handsome baby boy who died in the hospital just 12 days after he was born. Words cannot adequately describe the grief and heartache the parents of these infants have felt following the loss of their child. But each has found solace in their faith and in one another, knowing that they will be reunited again one day. Read the LDS Living feature.

It was January 2020 and Mark and Jerri Jorgensen had planned the trip of a lifetime. Traveling aboard the Diamond Princess cruise ship, the couple was anticipating stops in Vietnam, Hong Kong, and Taiwan. The trip didn’t disappoint, either. But at the end of the voyage, things took a little turn when the captain of the cruise ship announced that a passenger who previously disembarked had been diagnosed with COVID-19. It wasn’t long afterward that tests were administered to the passengers, and Jerri’s results came back positive. While Jerri waited out her quarantine in Japan, Mark was flown back to California. This story serves as a reminder of what the reaction to the coronavirus was like before it was considered a pandemic, and how things have changed since then. Read the LDS Living feature.

In October 2019, President Russell M. Nelson promised that the bicentennial celebration of the First Vision in April 2020 general conference would be “not only memorable but unforgettable” for those who prepared for the event. But as COVID-19 impacted communities and countries worldwide and the Church made adjustments to the new circumstances, a broadcast-only general conference was announced. Church members around the world had been anticipating the event, and some even planned on attending in person, but now had to reevaluate their plans. And yet, despite the fear and uncertainty at the time, these members from Guatemala, Japan, and Ghana were optimistic about the future, believing that conference would be as memorable and unforgettable as the prophet said. Read the LDS Living feature. 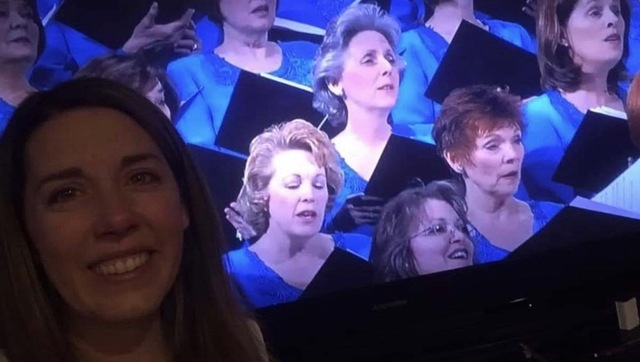 Angels in the Choir: How one woman connected with her mother during conference, a decade after her passing

The bicentennial celebration during April 2020 was memorable for many reasons, one of which was that the Tabernacle Choir wouldn’t be singing live. Instead, recorded music was on the air, and not just from recent years—some went as far back as a decade. And while many may have been hoping to spot themselves, friends, or relive special memories from the shots, Megan Limburg wondered if she might see her deceased mother on the screen. For Limburg, though, it was more than just a recognition when she saw her mother singing the song, “This is My Beloved Son”—it was a gift from Heaven. Read the LDS Living feature.

A change of plans: How the COVID-19 pandemic affected temple sealings for 4 Latter-day Saint couples

On March 25, 2020, all temples of The Church of Jesus Christ of Latter-day Saints had temporarily closed due to COVID-19 until further notice. Couples everywhere were trying to decide what to do with their wedding plans. Should they move forward with a civil ceremony or wait until temples reopened? In this article, four couples opened up about their experiences as they grappled with what they envisioned for their big day versus what was realistically available to them—and what ultimately helped them to make their decision. Read the LDS Living feature. 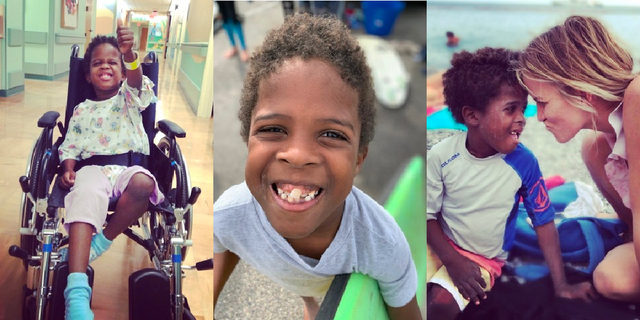 Grif the Great: Remembering how 1 boy’s example of love and light brought joy to an island community

Earlier this year in O’ahu, Hawaii, hundreds gathered for a paddle out to remember Grif Pierce, an 8-year-old boy with an infectious smile who radiated light as though he were sunshine itself. While Grif was born healthy, he was diagnosed with sickle beta thalassemia at just a few months old. For years, he had been unaffected by the disease, until at age 4, when he suffered a stroke. As time went on, Grif’s journey would become even more difficult as he suffered through chronic blood transfusions and another stroke just nine months after the first. But there was something about Grif that led him, no matter how hard his circumstance, to live life to the fullest—and he had a gift for helping those around him do the same. Read the LDS Living feature. 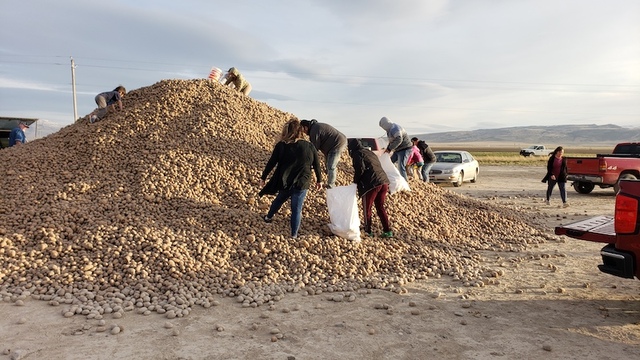 Ryan Cranney of Oakley, Idaho, has been a farmer all his life, and the year 2019 had been a good harvest for his company. The year 2020 seemed promising for selling his crop, but when the pandemic hit, that demand plummeted. Deciding he might as well “bite the bullet” and get rid of his potatoes, Cranney started to dump them on the ground when the thought came to him that he should give them away. Little did he know that those potatoes would go on to help people from all over the country and even halfway across the world. Read the LDS Living feature.

You can also listen to Cranney relate his story in an episode on This is the Gospel. 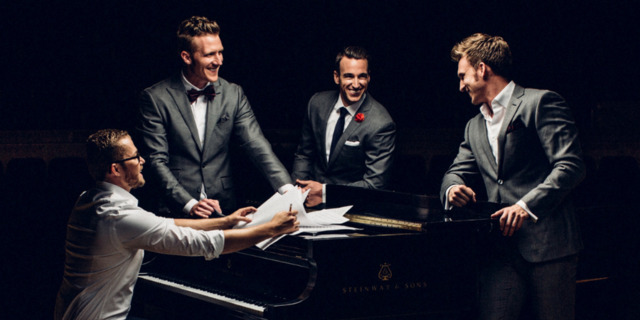 ‘Just believe’: The unwritten story of the fourth member of GENTRI, the ‘gentleman trio’

Stephen Nelson has always sought to avoid the spotlight—but somehow, the spotlight always manages to end up on him. Known as the fourth member of GENTRI, the “gentleman trio,”  Nelson wows audiences as a pianist with his “movie medley mash-up game.” But off the stage, Nelson has had his fair share of loss and heartbreak in life. And yet, at one of his lowest points, Nelson received revelation for a song which eventually led him to “believe” and share his story of same-sex attraction publicly. Read the LDS Living feature. 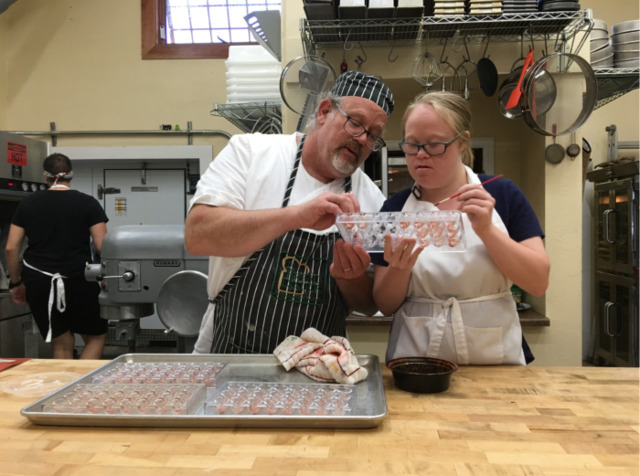 The Bread Doctor: Why a small-town doctor opened a bakery for his daughter with Down syndrome

When Ezdan Fluckiger began mulling over the idea of starting a bakery, he wasn’t thinking of fame or financial security. He was only thinking of his daughter, Eleanor, who was born with Down syndrome, and wondering what her future would look like post high school graduation. And then an idea came to him. What about starting something for Eleanor that they could all be involved in as a family, like an artisan bakery? As a family practice physician who liked to bake, Ezdan had no real-world experience in the field. But he had to give it a try. Read the LDS Living feature.