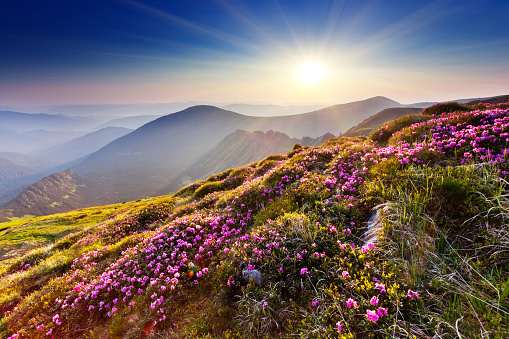 11 Powerful Truths About Our Heavenly Mother from Prophets and Apostles

In 2017, Sister Joy D. Jones, general Primary president of the Church, stood at the pulpit and testified of our Heavenly Mother, sharing a powerful quote from President Spencer W. Kimball: "God is your Father. He loves you. He and your Mother in Heaven value you beyond any measure. They gave your eternal intelligence spirit form, just as your earthly mother and father have given you a mortal body. You are unique. One of a kind, made of the eternal intelligence which gives you claim upon eternal life."

► You'll also like: Sister Jones Shares Powerful Message About the Worth of a Soul, Heavenly Mother the Day After Her Son's Funeral

Though many members of the Church might not know much about this divine member of the Godhead, prophets and apostles have confirmed our Heavenly Mother's divine existence and mentioned Her divine attributes on multiple occasions.

Here are 11 times the prophets and apostles spoke of our Heavenly Mother and Her role in our lives that can bring comfort and peace.

► You'll also like: 14 Myths and Truths We Know About Our Heavenly Mother

The prophet Joseph Smith spoke about our Heavenly Mother to the third Relief Society president of the Church, Zina D. Young. After losing her mother to "the most trying of circumstances," Zina was speaking to the prophet about her intense grief and asked the question: "Will I know my mother as my mother when I get over to the Other Side?" (History of the Young Ladies' Mutual Improvement Association of the Church of Jesus Christ of L.D.S., from November 1869 to June 1910, 16).

To which Joseph Smith responded:

"Certainly you will. More than that, you will meet and become acquainted with your eternal Mother, the wife of your Father in Heaven" (History of the Young Ladies' Mutual Improvement Association of the Church of Jesus Christ of L.D.S., from November 1869 to June 1910, 16).

"Latter-day Saints believe that not only have we a Father in heaven, but a mother there. Why not have a mother as well as a Father?" (Restoration of All Things, Ch. 26).

Elder Orson F. Whitney shared that we can become like Heavenly Father and our Heavenly Mother:

"No pain that we suffer, no trial that we experience is wasted. It ministers to our education, to the development of such qualities as patience, faith, fortitude and humility. All that we suffer and all that we endure, especially when we endure it patiently, builds up our characters, purifies our hearts, expands our souls, and makes us more tender and charitable, more worthy to be called the children of God . . . and it is through sorrow and suffering, toil and tribulation, that we gain the education that we come here to acquire and which will make us more like our Father and Mother in heaven" (Faith Precedes the Miracle, 98).

In 1910, President Rudger Clawson wrote of the godhood women possess as a birthright from our Heavenly Mother:

“It doesn’t take from our worship of the Eternal Father, to adore our Eternal Mother, any more than it diminishes the love we bear our earthly fathers, to include our earthly mothers in our affections. . . . We honor woman when we acknowledge Godhood in her eternal prototype" (“Our Mother in Heaven,” Millennial Star 72, September 29, 1910).

Elder John A. Widtsoe of the Quorum of the Twelve wrote of our Heavenly Mother and Her radiance:

“The glorious vision of life hereafter . . . is given radiant warmth by the thought that . . . [we have] a mother who possesses the attributes of Godhood” (“Everlasting Motherhood,” Millennial Star 90, May 10, 1928).

► You'll also like: The Name of Heavenly Mother and Father: Insights That Might Change How You Read the Scriptures

"No matter to what heights God has attained or may attain, he does not stand alone; for side by side with him, in all her glory, a glory like unto his, stands a companion, the Mother of his children. For as we have a Father in heaven, so also we have a Mother there, a glorified, exalted, ennobled Mother. That is a startling doctrine, I recognize, to some folk, and yet we ought to be governed by reason in giving consideration to this doctrine which is a revelation from God" (Sermons and Mission Services of Melvin Joseph Ballard, 205).

President Harold B. Lee taught of the concern and love our Heavenly Parents demonstrated in the pre-existence:

"There came a day, then, when Mother and Father said, 'Now, my son, my daughter, it is now your time to go. This is the greatest time in the history of the world. This is the fulness of times, and now because of your faithfulness you are permitted to go down in this fulness of time upon the earth.' I suppose as Father and Mother bade us good-bye, there may have been some sadness there because they knew Satan was here and one-third of all the hosts were here [with him]. We walked, as it were, through an open door. The door was closed behind us" ("The Teachings of Harold B. Lee," Clyde J. Williams).

President Harold B. Lee also shared how that concern lasts through our mortal journey and how we can feel the influence of our Heavenly Mother and Father:

"There are forces that work beyond our sight. Sometimes we think the whole job is up to us, forgetful that there are loved ones beyond our sight who are thinking about us and our children. We forget that we have a Heavenly Father and a Heavenly Mother who are even more concerned, probably, than our earthly father and mother, and that influences from beyond are constantly working to try to help us when we do all we can" ("A Sure Sound: Quotations from President Lee," Ensign, Feb 1974).

President Spencer W. Kimball shared the attributes of our Heavenly Mother and her influence in our lives:

"Finally, when we sing that doctrinal hymn and anthem of affection, 'O My Father,' we get a sense of the ultimate in maternal modesty, of the restrained, queenly elegance of our Heavenly Mother, and knowing how profoundly our mortal mothers have shaped us here, do we suppose her influence on us as individuals to be less if we live so as to return there?" ("The True Way of Life and Salvation," Ensign, May 1978, 4).

In 1991, President Gordon B. Hinckley gave a detailed explanation of why Latter-day Saints do not pray to our Heavenly Mother and instead follow the example of the Savior in the New Testament. He then added:

"Logic and reason would certainly suggest that if we have a Father in Heaven, we have a Mother in Heaven. That doctrine rests well with me. . . . The fact that we do not pray to our Mother in Heaven in no way belittles or denigrates her. . . . [N]one of us can add to or diminish the glory of her of whom we have no revealed knowledge" ("Daughters of God," Ensign, 1991).

In 1995, Elder Dallin H. Oaks taught that we should aspire to be like our Heavenly Mother:

“Our theology begins with heavenly parents. Our highest aspiration is to be like them” ("Becoming Like God").

In an October 2015 conference address, Elder Jeffrey R. Holland expressed his gratitude for our Mother in Heaven:

"To Mother Eve, to Sarah, Rebekah, and Rachel, to Mary of Nazareth, and to a Mother in Heaven, I say, 'Thank you for your crucial role in fulfilling the purposes of eternity.' To all mothers in every circumstance, including those who struggle—and all will—I say, 'Be peaceful. Believe in God and yourself. You are doing better than you think you are. In fact, you are saviors on Mount Zion, and like the Master you follow, your love ‘never faileth’" ("Behold Thy Mother").