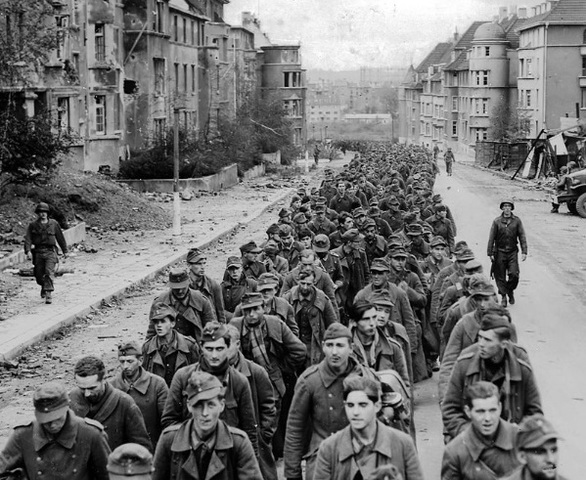 I met a former German soldier, Joseph F. Beuchert of Heidelberg, who was a young man when he was conscripted into the German army. He spent four years as a prisoner of war, an experience filled with physical deprivation. In hindsight, he came to regard one of the POW camps as a gateway to an abundant and fulfilling life. In that camp, he found one of his greatest blessings: knowledge of the gospel of Jesus Christ.

Here’s the story I heard in 1975 from Joseph Beuchert, who was captured by an American unit — the Thunderbird Division — in southern France in 1944.

One of the first things he told me about his capture was that the American guards allowed the POWs to read the Bible. “I set out to investigate every Bible study group in the camp,” he said. “I went to seven or eight, but none of them seemed to have the complete truth as taught in the Bible.”

The American-operated POW camp was dissolved about a year and a half after Beuchert had been sent there. He was transferred to a French-operated camp, where he noticed a healthy-looking German POW. “I figured he had some connections with the kitchen, so I decided to make friends with him,” he said.

He soon discovered his new friend didn’t have any connections with the kitchen. An elder in The Church of Jesus Christ of Latter-day Saints, Walter Ruthenberg, told him he lived the Word of Wisdom and that helped preserve his health. “Of course, that didn’t mean anything to me,” Beuchert said.