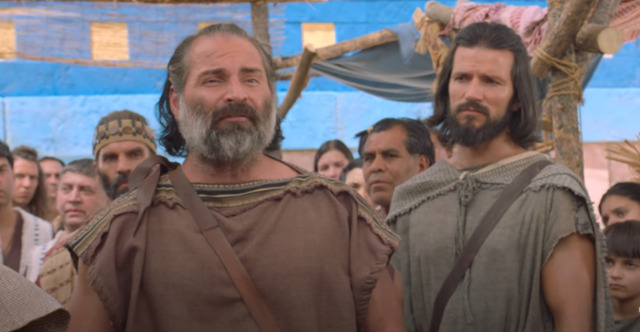 If you met the prophet on the street, how would you react? This is a question that popped into my head as I watched the newest Book of Mormon video about the well-known story of Alma and Amulek.

In all the times I have read this story in the scriptures, I have never pictured Amulek’s meeting with Alma, who was the high priest, as being one that Amulek was excited about. But that is exactly what happened in this representation, and it changed my entire perception of the story. As the video illustrates, after the prophet Alma had been cast out of the city and returned at the encouragement of an angel, Amulek was happy to welcome Alma into his home and was eager to hear the teachings and knowledge that the prophet had to share, and which he did share for several days. It is no wonder, then, that Amulek was able to speak with such sincerity and power when he finally joined Alma in preaching the gospel to others in the city. He was not just fulfilling the instructions of an angel or doing his duty—he had learned, believed, and grown to love the gospel and the power of Jesus Christ that he testified about.

Zeezrom is another example of the joy of the gospel that is found in this video. As I watched Alma and Amulek contend against Zeezrom, who was laughing at and mocking the companionship’s testimonies, I was reminded of the fact that our experiences can give us greater empathy and a greater ability to love others. Zeezrom, in many ways, was a reflection of a younger Alma—wearing costly apparel, rejecting the gospel, and stirring other people up against the church. And yet, as Alma bore his testimony, I couldn’t help but think of the great love and desire he had for Zeezrom to have the same life-changing and ultimately joyful experience he had as he came unto Christ. As Zeezrom’s heart changed, it brought to mind modern-day relationships of love and gratitude between those who are baptized and the missionaries who taught them. The gospel brings us true and lasting joy, and it is just as relevant today as it was in Nephite times. See what new insights you can pick up from this great new video!