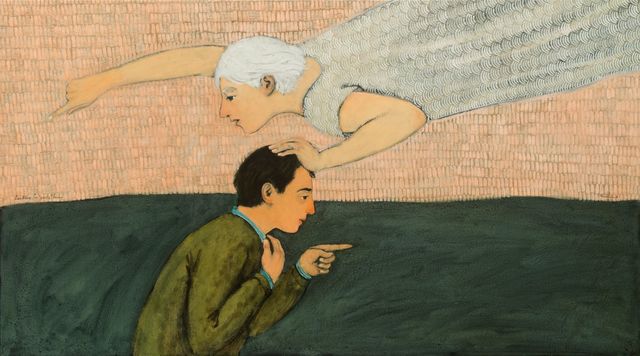 20 Surprising Things We Know About Angels

Angels have played a prominent part in the Lord’s plan of salvation in all dispensations, and our own dispensation is no exception. Here are 20 things we know about these heavenly beings and how they interact with us in mortality.

Because numerous misconceptions exist regarding angels, let us examine a few things we know from scripture and the teachings of latter-day prophets and apostles.

The English word angel is from a Greek word (angelos) that means “messenger.” Likewise, the Hebrew word malakh, usually translated “angel,” also signifies “messenger.” President Charles W. Penrose explained, “Angels are God’s messengers, whether used in that capacity as unembodied spirits, selected according to their capacities for the work required, or as disembodied spirits, or as translated men, or as resurrected beings.”1

As heavenly messengers, angels deliver a variety of messages to mortals—messages of love, comfort, warning, or admonition. Further, angels teach the gospel, declare repentance, explain doctrine, and restore priesthood, keys, powers, authority, and more. Angels’ messages may be spoken, unspoken, or felt, or they may come by some other means.

2. Angels are the offspring of God.

Angels are children of our Heavenly Father. President Joseph F. Smith explained, “When messengers are sent to minister to the inhabitants of this earth, they are not strangers, but from the ranks of our kindred, friends, and fellow-beings and fellow-servants.”2  And Elder Parley P. Pratt wrote that “Gods, angels, and men are all of one species, one race, one great family, widely diffused among the planetary systems, as colonies, kingdoms, nations, &c.”3

3. Angels who minister on this earth have belonged to it or may yet belong to it.

In answer to the question—Is not the reckoning of God’s time, angel’s time, prophet’s time, and man’s time, according to the planet on which they reside? I answer, Yes. But there are no angels who minister to this earth but those who do belong or have belonged to it.

Accordingly, the well-known angels Michael, Gabriel, John the Baptist, Peter, James, John, Moroni, and many others are historical persons who have lived upon this earth. Other angels who have ministered on this earth may have done so before they were born in the flesh.

Angels do not restrict their appearances or communications to a particular gender, age group, tribe, or nation; rather, angels operate among all humankind—men, women, and children—according to the Lord’s divine. Alma 32:23 states that God “imparteth his word by angels unto men, yea, not only men but women also. Now this is not all; little children do have words given unto them many times, which confound the wise and the learned.”

The Hierarchy of Angels

The following statements demonstrate that there is a hierarchy, or ranking, of the Lord’s angels.

5. Some angels are Gods.

Some angels are Gods, and still possess the lower office called angels. Adam is called an Archangel, yet he is a God. Abraham, Isaac and Jacob, no doubt, have the right to officiate in the capacity of angels if they choose, but still they have ascended to their exaltation, to a higher state than that of angels—namely, to thrones, kingdoms, principalities and powers, to reign over kingdoms and to hold the everlasting Priesthood.4

6. Of all the angels—resurrected beings, translated beings, or spirits—Michael (Adam) is the head angel.

The scriptures call him the archangel (1 Thessalonians 4:16; Jude 1:9; D&C 29:26; 88:112; 107:54; 128:21). The term arch—part of such words as patriarch, archetype, archbishop, archenemy, archconservative, and archscoundrel—means “chief,” “principal,” or “preeminent.” Michael, then, is the chief of angels; Joseph Smith explained that Michael stands next in authority to Jesus Christ himself “and presides over the spirits of all men.”5

7. The angel Gabriel, who is Noah, is next in authority after Michael.

The Priesthood was first given to Adam; he obtained the First Presidency. . . . He is Michael the Archangel, spoken of in the Scriptures. Then to Noah, who is Gabriel: he stands next in authority to Adam in the Priesthood.6

8. Angels who have bodies of flesh and bone, meaning those angels who are either translated or resurrected, have greater power than beings who are spirits.

Joseph Smith explained: “All beings who have bodies have power over those who have not. The devil has no power over us only as we permit him.”7  The Prophet also taught:

The powers of angels enable them to fulfill their missions here upon the earth and to assist mortals, who are, in comparison, delicate and frail. As we discuss the extraordinary powers of angels, however, we must remain cautious and open about those powers, because there is so much that we do not know. We must also remember that many scriptural statements, especially those from John the Revelator, contain symbolisms.

9. Angels have power over gravity.

Heavenly beings have no need to stand on the ground or the floor. They may stand above the ground or floor, perhaps to remain elevated above telestial creatures or perhaps because the place where humans stand is considered profane space. In several instances, the Lord, while visiting His prophets, stood on a paved work of precious materials, such as gold (D&C 110:2) or sapphire stone (Exodus 24:10).

Moroni’s feet did not touch the floor during his visits to Joseph Smith on September 21, 1823. While the young prophet was praying, Moroni “appeared at [his] bedside, standing in the air, for his feet did not touch the floor” (Joseph Smith–History 1:30). In addition to his ability to stand in the air, note Moroni’s power to ascend to heaven: “After [Moroni’s] communication, I [Joseph Smith] . . . saw, as it were, a conduit open right up into heaven, and he ascended till he entirely disappeared” (Joseph Smith–History 1:43).

10. Angels have power over the elements.

With regard to angels’ knowledge of the elements and the “laws of nature,” Elder John A. Widtsoe explained that angels are “vivid personages, intelligent beings vastly superior to man, knowing well the laws of nature and therefore able to control them.”9  While president of the Church, Brigham Young made statements regarding the power that angels have over the elements. Other Church leaders, too, have taught about angels’ power over the elements.

Using symbolic language, John the Revelator writes of angels who have many great powers: One angel has “power over fire” (Revelation 14:18), four angels have power over “the four winds of the earth” (Revelation 7:1), and one or more angels have power over the fate of the waters; note that John refers specifically to “the angel of the waters” (Revelation 16:5; see v. 3–5, 12). Furthermore, there are four angels in Revelation, “to whom is given power over the four parts of the earth, to save life and to destroy; . . . having power to shut up the heavens, to seal up unto life, or to cast down to the regions of darkness” (D&C 77:8; see also Revelation 7:1).

Angels have demonstrated power over fire on several other occasions:

For it came to pass, when the flame went up toward heaven from off the altar, that the angel of the Lord ascended in the flame of the altar. And Manoah and his wife looked on it, and fell on their faces to the ground (Judges 13:20).

Also, the Book of Mormon records that a multitude “saw angels descending out of heaven as it were in the midst of fire” (3 Nephi 17:24).

Sometimes the astounding power of angels causes the earth to quake. For instance, on the day of Jesus Christ’s resurrection, the descent of an angel caused the earth to shake: “And, behold, there was a great earthquake: for the angel of the Lord descended from heaven” (Matthew 28:2). Also, “the angel of the Lord appeared . . . and he descended as it were in a cloud; and he spake as it were with a voice of thunder, which caused the earth to shake upon which they stood” (Mosiah 27:11).

11. Angels can appear to mortals and hide their angelic nature, and they have the ability to appear as mortals.

The angel who saved Peter the night before he was to be executed possessed great powers. This angel miraculously entered the prison and caused Peter’s chains to fall “from his hands” (Acts 12:17; compare Abraham 1:15, which records that an angel unloosed Abraham’s bands). Then the angel and Peter walked unseen “past the first and the second ward,” presumably where guards were stationed: another miracle by the angel (Acts 12:10). When Peter and the angel approached the “iron gate that leadeth unto the city,” it opened by itself; or, rather, it opened because of the angel’s powers. The angel demonstrated four powers: (1) He was able to miraculously enter into a prison although it had locked gates or doors and several guards; (2) he caused the chains that bound Peter’s hands to fall off; (3) he and Peter walked undetected past two sets of guards (“the first and the second ward”); and (4) the angel caused the outer iron gate, which presumably was locked, to open.