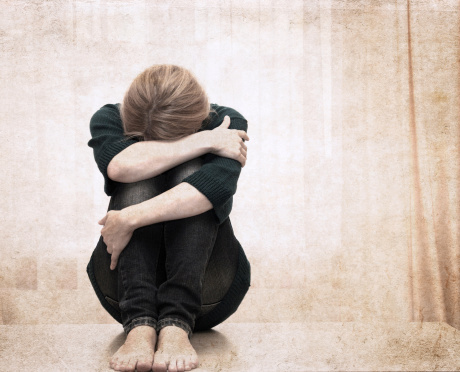 3 compliments that hurt women more than help them

This article originally ran on LDS Living in November 2014.

One of the first things my best friend heard from her mother as she hugged her in the Salt Lake City airport, missionary pack still in hand and nametag still pinned to her sweater, was, “Honey, I am so proud of you. A year and a half surrounded by French dishes and all those crepes, and you stayed so thin!”

While the intention behind this compliment was sweet, the overall message it sent missed the mark. What about her year and a half of devoted service to the Lord? What about her new spiritual confidence? What about her practical fluency in a second language? Of all the qualities this mother could choose to praise after her daughter honorably served a mission, she chose dress size.

This behavior isn't uncommon. Take a look at the comments on any selfie. Superficial compliments flood Facebook, Pinterest, and Instagram. And many of these comments encourage behaviors that are ridiculous, if not outright dangerous. It’s tempting to think that any compliment to a woman is a good compliment. But that’s not the case. Many compliments carry undertones or emotional baggage that we may not even be aware of.  These compliments, though intended to be uplifting, can actually be harmful to a woman’s sense of self-worth. (While I focus on examples geared towards women, it's important to realize these types of compliments are harmful to anyone.)

The point of this article is not to shame others or to make all of us feel self-conscious, wary, or hyper-focused about giving compliments. There's no simpler way to follow Christ's command to uplift others than by sharing kind words and thoughts. Every person has their own insecurities that they struggle through, and you can remind them of God's love and the talents or blessings they've been given by being aware of them and speaking up. But there are a few things we can be mindful of when complimenting others.

Because our culture is so saturated with superficial compliments, most of us use them as a force of habit, without even thinking. While we should never be afraid to share a nice word about another, putting a little more thought into our compliments can go a long way in communicating what we really mean and help us avoid dangerous, unintentional messages we might not be aware we are sending.

Compliments that only stress size create a dangerous mentality that a woman’s size directly affects her worth. It’s good to acknowledge when someone is trying to make healthier choices, but by only praising weight loss, we begin encouraging weight loss at any cost.

Another good friend of mine decided she needed to make some lifestyle changes. She began exercising daily and eating more fresh foods. As a result, she lost weight. Her family and friends took note and she received more compliments on her appearance than she had ever received before. Her confidence and feelings of attractiveness went through the roof. But, when she reached a healthy weight, her weight loss stopped. And so did the compliments. Soon, those feelings of attractiveness began wavering. Her feelings of self-worth had become so mixed up with the idea of losing weight that the only way she could feel attractive again was through losing more weight—even if that meant practically starving herself.

Luckily, my friend was able to catch this unhealthy mentality before it could develop into something more serious.  But, to this day, she sometimes still needs to remind herself that her pant size or that extra bite of cookie in no way reflect on who she is as a person.

Instead of using compliments that focus on results (i.e. weight loss) and reinforce potentially dangerous behaviors, we should try to frame our compliments to focus on the reason behind these desirable changes (i.e. regular exercise and a healthy diet). Instead of saying, “You look so skinny.  Have you lost weight?” why not try, “You look so fit and happy.”  These subtle shifts still get the positive "you're looking good" message across but they also run deeper; they communicate that you notice and care about the happiness and well-being of the other person, not just their appearance.

Compliments That Fixate on Only One Attribute

Of course, every woman wants to hear she is intelligent and beautiful and charming and kind and funny. Who wouldn’t? But, these compliments can become dangerous if one-sided or focused on one attribute. No girl wants to be only intelligent, beautiful, charming, kind, or funny.

When I was in high school, I signed up for what I was promised would be a scholarship program, not a beauty pageant. I needed the money for tuition the next year so I figured, why not? I absolutely loved the local program. Getting so close to the girls, learning how to interview, performing music for a live audience—all of it was fun, interesting, and stimulating.

But, once I reached the state level, things changed. Everything became about where I bought my dress and "not worrying so much about what you say, but the bubbly way you say it." I received more compliments in that one week than I had heard in my entire life to that point. But, all I heard was girls gushing about how pretty I was and how cute my skirt and hair looked. I felt hollow—like a walking, sequined dress. I began wondering if that was all any of the girls saw in me.

None of those compliments led to me developing deeper relationships with the girls. And in the end, none of them made me feel any more beautiful. After hearing something a thousand times, you become completely desensitized. All I heard in that list of compliments were the qualities I lacked.

As Elder Holland observed, "You may say most positively that 'Susan is pretty and Sandra is bright,' but all Susan will remember is that she isn’t bright and Sandra that she isn’t pretty. Praise each [person] individually for what [they are], and help him or her escape our culture’s obsession with comparing, competing, and never feeling we are 'enough'" (Elder Jeffrey R. Holland, "The Tongue of Angels,"Ensign, May 2007).

Over-the-top or excessive compliments can make someone feel incomplete—not to mention they are extremely awkward. These thoughts come up short because they attempt to define a person based on a single attribute. “You are just so” can be heard as “you are just” or “you are only.” Instead of slipping into these cliches, why not try adding some creativity to your compliments by recognizing something new and genuine about the person you hadn’t noticed before. Add some variety to the conversation. Try something like, "Not only are you smart, you're an incredible cook as well." Avoid defining the person in your compliments and let them know they are a complete package.

"You have the prettiest curly hair. I wish mine were more like that." Stop right there. The minute you begin pulling yourself into the compliment, you’ve already made a gigantic mistake.

First of all, compliments are meant to build others, not degrade yourself. All someone hears when you give a compliment like this is that you are unhappy with yourself. The negative aspect far outweighs the positive. Besides, the minute you put yourself down, you’ve probably done the same thing to half the people in the room.

Case in point: several years ago I worked tutoring kids preparing to become first-generation college graduates. Getting to college is hard enough, but these kids were trying to figure it out on their own. They had no one in their family to turn to for advice. One day shortly after taking the ACT test for the first time, the kids were all excitedly celebrating finishing the test when one girl shouted, “Well my score stunk. I am definitely taking it again.” Everyone around me went silent. They all knew this girl had one of the highest scores in the class. Students who had just been bragging to me about surviving the test now glumly looked at their desks. I even heard one girl say, “Well if she thinks her score is too low, why should I even bother applying for college?”

The truth is, when we say something negative about ourselves, chances are there is probably someone in the room struggling with the same problem. And all you’re doing is drudging up their insecurities along with your own.

Second of all, this type of compliment makes the recipient feel guilty about whatever beautiful quality or characteristic you admire in them.

Thirdly, it’s super awkward. I mean, really, how are you supposed to respond to something like this? Do you say thank you and acknowledge you’re better than another person? Do you try and console the giver about their deep-seated insecurities? Do you play deaf and say nothing at all?

Lastly, and most important of all, it feeds into that ugly, horrible, no-good, very bad, and dangerous game of comparisons—a game you’ll never win. I’ll let you in on a little secret: it’s a game no one wins. There are many problems with comparisons: they are self-perpetuating and never-ending, they compare the wrong things, they judge based off of appearances—not reality, they compare our worst to another’s best, they create envy and pride, and they focus often on things we can’t change, keeping us from developing ourselves and working on the things we can change. Like our perspective.

So, whenever you're tempted to pull yourself into the compliment conversation, backtrack. Focus instead on the positive because the best way to build your own self-image and level of confidence is by helping to build another's. And remember that another person's success does not diminish your own. You are beautiful in a way unlike anyone else. You are talented, quirky, kind, and smart.  Most importantly, you are loved by your Heavenly Father. And He will be proud of your kindness as you uplift another through thoughtful words that have the power to change perspectives and remind us of what matters most.

Makes You Think Health Beauty WomenHealth,Beauty,Women,Makes You Think
Comments and feedback can be sent to feedback@ldsliving.com