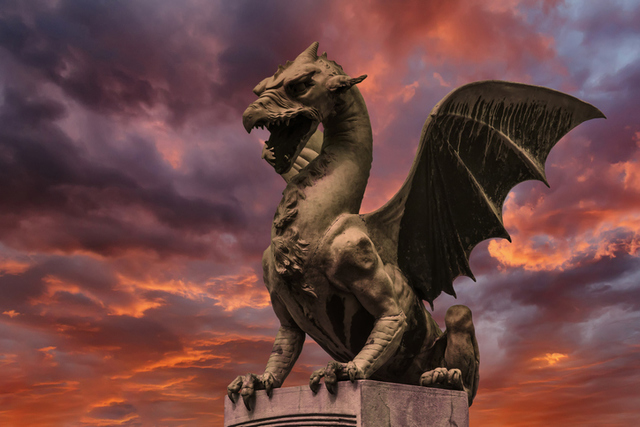 The following article has been republished with permission from bookofmormoncentral.org.

The Book of Mormon is a volume of sacred scripture, but did you know that it also contains references to monsters and mythical creatures? The prophets in the Book of Mormon did not lack creativity when they described their lives and views on the gospel. You may be surprised at what these three monsters mentioned in the Book of Mormon can teach us about faith in our Heavenly Father and Jesus Christ.

In Jacob’s speech to the Nephites, he exclaimed, “O how great the goodness of our God, who prepareth a way for our escape from the grasp of this awful monster; yea, that monster, death and hell, which I call the death of the body, and also the death of the spirit” (2 Nephi 9:10). It may seem dramatic to refer to death and hell as a “monster,” but this idea is found in the Bible and throughout ancient Near Eastern literature. The gods of the ancients were often portrayed as monsters that conquered chaos in order to impose cosmic order on the world.1 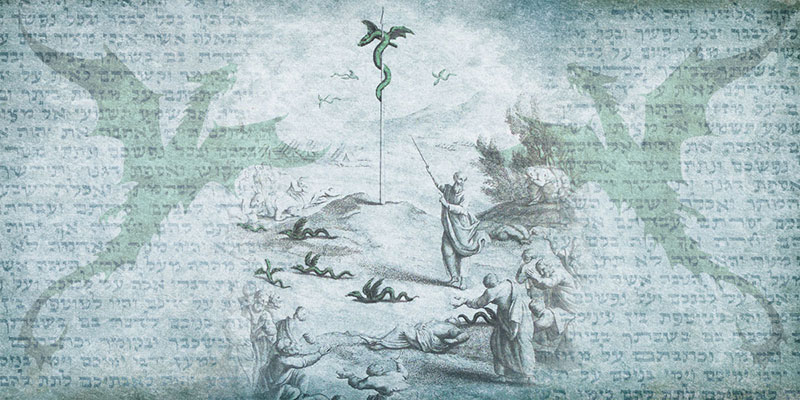 Image by Book of Mormon Central.

When Nephi’s brothers mocked his intent to build a ship, Nephi recounted the miracles of God among the children of Israel. When Moses was in the wilderness with the tribes of Israel, the Lord “sent fiery flying serpents among them” (1 Nephi 17:41). When the children of Israel were bitten by the fiery flying serpents, all they had to do was look upon the brazen serpent, representing the Atonement of Jesus Christ, to be healed. The fact that the Book of Mormon adds that the fiery serpents were “flying” might possibly be a reference to the “seraphim” described in the Bible (Numbers 21:8; Isaiah 14:29; 30:6).2 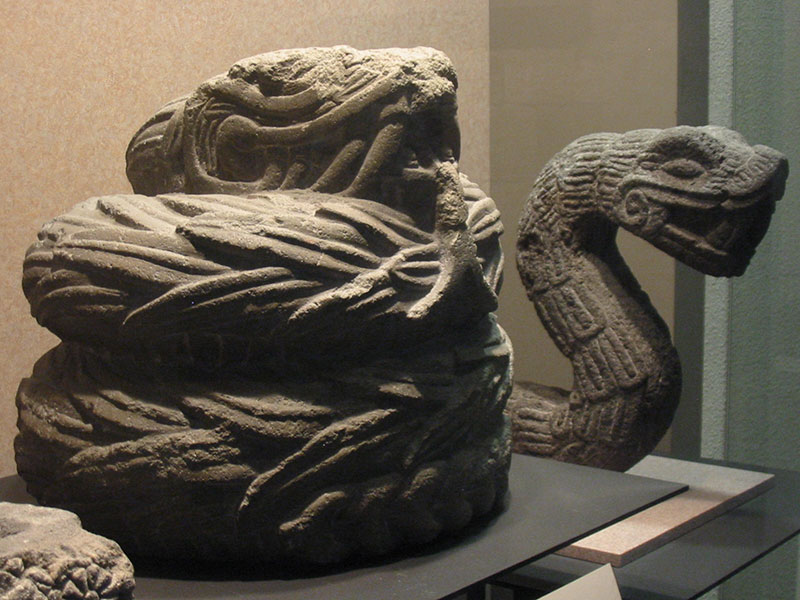 When the Zoramites and other Nephite dissenters aligned themselves with the Lamanites, they came up against the Nephites in a fierce battle. The Lamanite army “did fight like dragons, and many of the Nephites were slain by their hands” (Alma 43:44 cf. Mosiah 20:11).3 It may seem out of place for the Book of Mormon to be describing “dragons.” However, Mesoamerican culture contained a divine feathered serpent that symbolized military greatness.4 When the Book of Mormon describes the army of Limhi fighting like dragons to defend their families, it is like describing them as “God’s feared war serpent.”5

What We Can Learn

The monsters in the Book of Mormon come in various shapes, sizes, and forms. Sometimes these monsters represent physical obstacles, and other times they represent metaphorical challenges to be overcome. Regardless of the type of trial in one’s way, the Book of Mormon shows us the pattern for defeating the monsters in our lives. In all three stories, faith in Jesus Christ saves each protagonist from their monster. Jacob taught that all are saved from death and hell through the resurrection and atoning sacrifice of Jesus Christ (2 Nephi 9:11–12). The Israelites were saved from the flying fiery serpents by looking upon the brazen serpent to typify the Atonement of Jesus Christ (1 Nephi 17:41). In the case of the Zoramite dissenters, the Nephites were able to prevail because they “were inspired by a better cause, for…they were fighting for their homes and their liberties, their wives and their children, and their all, yea, for their rites of worship and their church” (Alma 44:45).

The dangers of the adversary are real and can be overwhelming at times. Fortunately, if we heed God’s commandments and stay close to His spirit, we have no reason to fear. The author of 2 Timothy teaches us that “God hath not given us the spirit of fear; but of power, and of love, and of a sound mind” (2 Timothy 1:7). The power of God can help us overcome any figurative monsters in our lives by living the gospel to the best of our abilities and heeding the voice of His prophets.

3. Earlier in Mosiah, the simile is reversed and the righteous people of Limhi are compared to dragons. The Book of Mormon describes that “they fought for their lives, and for their wives, and for their children; therefore they exerted themselves and like dragons did they fight” (Mosiah 20:11).