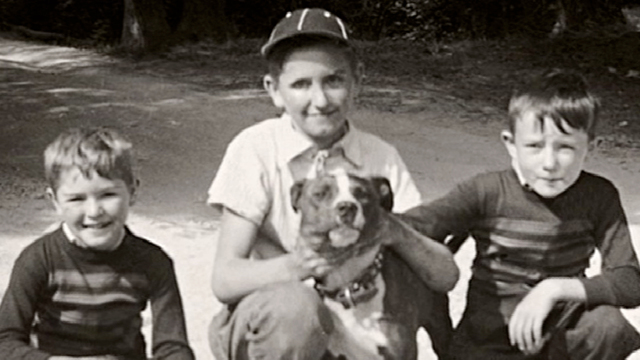 3. An Extra Loaf of Bread

Tiffany’s difficulties began last year when she had guests at her home for Thanksgiving and then again for Christmas. Her husband had been in medical school and was now in the second year of his medical residency. Because of the long work hours required of him, he was not able to help her as much as they both would have liked, and so most of that which needed to be accomplished during this holiday season, in addition to the care of their four young children, fell to Tiffany. She was becoming overwhelmed, and then she learned that one who was dear to her had been diagnosed with cancer. The stress and worry began to take a heavy toll on her, and she slipped into a period of discouragement and depression. She sought medical help, and yet nothing changed. Her appetite disappeared, and she began to lose weight, which her tiny frame could ill afford. She sought peace through the scriptures and prayed for deliverance from the gloom which was overtaking her. When neither peace nor help seemed to come, she began to feel abandoned by God. Her family and friends prayed for her and tried desperately to help. They delivered her favorite foods in an attempt to keep her physically healthy, but she could take only a few bites and then would be unable to finish.

On one particularly trying day, a friend attempted in vain to entice her with foods she had always loved. When nothing worked, the friend said, “There must be something that sounds good to you.”

Tiffany thought for a moment and said, “The only thing I can think of that sounds good is homemade bread.”

But there was none on hand.

The following afternoon Tiffany’s doorbell rang. Her husband happened to be home and answered it. When he returned, he was carrying a loaf of homemade bread. Tiffany was astonished when he told her it had come from a woman named Sherrie, whom they barely knew. She was a friend of Tiffany’s sister Nicole, who lived in Denver, Colorado. Sherrie had been introduced to Tiffany and her husband briefly several months earlier when Nicole and her family were staying with Tiffany for Thanksgiving. Sherrie, who lived in Omaha, had come to Tiffany’s home to visit with Nicole.

Now, months later, with the delicious bread in hand, Tiffany called her sister Nicole to thank her for sending Sherrie on an errand of mercy. Instead, she learned Nicole had not instigated the visit and had no knowledge of it.

The rest of the story unfolded as Nicole checked with her friend Sherrie to find out what had prompted her to deliver that loaf of bread. What she learned was an inspiration to her, to Tiffany, to Sherrie—and it is an inspiration to me.

On that particular morning of the bread delivery, Sherrie had been prompted to make two loaves of bread instead of the one she had planned to make. She said she felt impressed to take the second loaf with her in her car that day, although she didn’t know why. After lunch at a friend’s home, her 1-year-old daughter began to cry and needed to be taken home for a nap. Sherrie hesitated when the unmistakable feeling came to her that she needed to deliver that extra loaf of bread to Nicole’s sister Tiffany, who lived 30 minutes away on the other side of town and whom she barely knew. She tried to rationalize away the thought, wanting to get her very tired daughter home and feeling sheepish about delivering a loaf of bread to people who were almost strangers. However, the impression to go to Tiffany’s home was strong, so she heeded the prompting.

When she arrived, Tiffany’s husband answered the door. Sherrie reminded him that she was Nicole’s friend whom he’d met briefly at Thanksgiving, handed him the loaf of bread, and left.

And so it happened that the Lord sent a virtual stranger across town to deliver not just the desired homemade bread but also a clear message of love to Tiffany. What happened to her cannot be explained in any other way. She had an urgent need to feel that she wasn’t alone—that God was aware of her and had not abandoned her. That bread—the very thing she wanted—was delivered to her by someone she barely knew, someone who had no knowledge of her need but who listened to the prompting of the Spirit and followed that prompting. It became an obvious sign to Tiffany that her Heavenly Father was aware of her needs and loved her enough to send help. He had responded to her cries for relief.