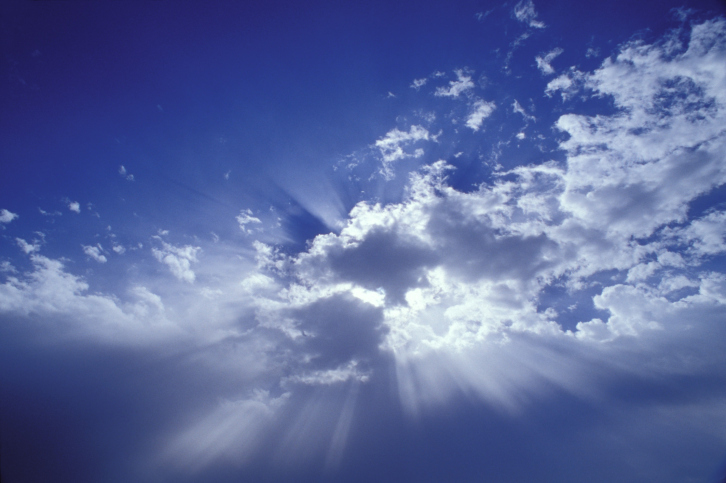 5 Things You Should Know About the Second Coming 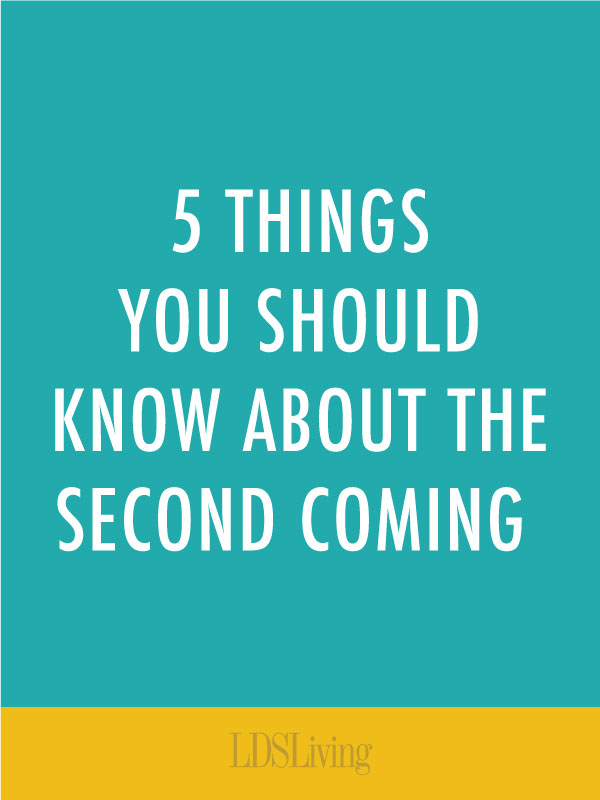 Studying the signs of the times and attempting to make sense of what events lie ahead are fascinating labors. When I began writing Living in the Eleventh Hour and Living in the Millennium, I thought I had a pretty good grasp of the prophetic picture. But in looking back on the months of study and writing, I have to admit that I learned a great deal; there were a number of things that were either new to me or matters that required me to do some serious rethinking and reassessment. Some of these matters you might have questions about, too.

1.  Where the cleansing and tribulation will begin.

Normally when we think of the Second Coming and the earth being cleansed from wickedness, we automatically envision grossly perverse people being removed from the planet and sent into the spirit world. I for one could picture some of the wicked cities on the globe taking fire or sinking into the sea, much like the scenes described just prior to the risen Lord’s appearance to the Nephites (3 Nephi 8). And we can be sure that the ungodly will not abide the day of the Lord’s coming in glory.

But I suppose I had not paid enough attention to what the Savior has decreed regarding His own house and His own people: it will be “a day of desolation, of weeping, of mourning, and of lamentation. . . . And upon my house shall it begin, and from my house shall it go forth, saith the Lord. First among those among you, saith the Lord, who have professed to know my name and have not known me, and have blasphemed against me in the midst of my house, saith the Lord” (D&C 112:24-26; see also 1 Peter 4:17). He seems to be speaking of members of the Church, but members who have not paid the requisite price to come to know Him and reverence His name and His work. As we learn in the Book of Mormon, “God has said that the inward vessel shall be cleansed first, and then shall the outer vessel be cleansed also” (Alma 60:23; compare Matthew 23:25-26).

2. It is possible for “humble followers” to be deceived.

In describing some of the evil that will exist in the last days before the Second Coming, Nephi spoke of vain and foolish doctrines, pride, secret works of darkness, false teachers, and false churches that persecute the poor. Then he adds: “They wear stiff necks and high heads; yea, and because of pride, and wickedness, and abominations, and whoredoms, they have all gone astray save it be a few, who are the humble followers of Christ.”

But unfortunately, Nephi does not stop there. He goes on to point out that “in many instances” these humble followers of Christ “do err because they are taught by the precepts of men” (2 Nephi 28:14; emphasis added). Even some of the people of the covenant; even those who have come out of the world into the kingdom through baptism; even those who are active and faithful and observant, even some of these will fall prey to the precepts of men. That is, they yield to the persuasions of the learned, the popular, the politically correct, instead of trusting in the words of living prophets and deferring to that higher learning that comes by faith as well as by study (D&C 88:118; see also 2 Nephi 28:31).

3. Taking the gospel to all lands is not sufficient. More is expected.

Most all of us, even those Christians not of our faith, have been brought up with the understanding that one of the significant signs of the times is that “this gospel of the kingdom shall be preached in all the world for a witness unto all nations; and then shall the end come” (Matthew 24:14). In other words, we have supposed that once we have missionaries in every known part of the world, we should then begin watching the skies and paying particular attention to the color of the moon!

But the scriptures teach us that more must take place than sending missionaries into every land, or making it possible to learn of the restored gospel by television or satellite or on the internet, or even having members share the message of the Restoration with their neighbors. In the words of Elder Bruce R. McConkie:

"The revelations expressly, specifically, and pointedly say that when the Lord comes the second time to usher in the millennial era, he is going to find, in every nation, kindred, and tongue, and among every people, those who are kings and queens, who will live and reign a thousand years on earth.

"That is a significant statement that puts in perspective the preaching of the gospel to the world. . . . What is involved is that the elders of Israel, holding the priesthood, in person have to tread the soil, eat in the homes of the people, figuratively put their arms around the honest in heart, feed them the gospel, and baptize them and confer the Holy Ghost upon them. Then these people have to progress and advance, and grow in the things of the Spirit, until they can go to the house of the Lord, until they can enter a temple of God and receive the blessings of the priesthood, out of which come the rewards of being kings and priests. The way we become kings and priests [and queens and priestesses] is through the ordinances of the house of the Lord" (In Spencer J. Palmer, The Expanding Church [Salt Lake City: Deseret Book, 1978], 141-42).

4. There will be many New Jerusalems.

Very early in this dispensation—only 15 months after the restored Church’s formal organization—the Saints were instructed that Independence, Missouri was the “center place,” the ultimate center stake of Zion (D&C 57:1-3). Now we all know the story of how through persecution the Saints were driven from Missouri and that any hopes of settling permanently in the center place were postponed indefinitely.

About two and a half years later, and right in the climax of the agony of being driven from Jackson County, a gracious Lord explained that “Zion shall not be moved out of her place, notwithstanding her children are scattered.” In other words, although the main site of gathering was no longer accessible, God, who knows all things from beginning to end, had foreseen the persecution and made provision for other places of gathering—namely, the stakes of Zion (see D&C 101:17, 20-21).

But won’t all of the Latter-day Saints in a future day gather to Independence, Missouri to receive their inheritances? No, for that would defeat the whole notion of establishing Zion throughout the earth. So while “Zion (the New Jerusalem) will be built upon the American continent” (Articles of Faith 1:10),

“So also shall there be Zions in all lands and New Jerusalems in the mountains of the Lord in all the earth. But the American Zion shall be the capital city, the source whence the law shall go forth to govern all the earth. It shall be the city of the Great King. His throne shall be there, and from there he shall reign gloriously over all the earth” (McConkie, The Millennial Messiah: The Second Coming of the Son of Man [Salt Lake City: Deseret Book, 1982], 301-302; emphasis added).

5. The Savior will not come to all as a thief in the night.

The apostle Paul explained to the leaders of the meridian Saints: “But of the times and the seasons, brethren, ye have no need that I write unto you. For yourselves know perfectly that the day of the Lord so cometh as a thief in the night” (1 Thessalonians 5:1-2; compare 2 Peter 3:10; Revelation 3:3). That is, he will come suddenly, unexpectedly, when the generality of humankind is unprepared, unready, not watching. For such persons, the Lord’s Advent will be an unwelcome event. For far too many, it will be terrible.

But is this true for the members of the Church of Jesus Christ? Will the covenant people be similarly engaged in “eating and drinking, marrying and giving in marriage” (Matthew 24:38)—meaning, will they be going about their mundane tasks, distracted and preoccupied, inattentive and unaware of the signs preceding the Master’s return? No, this need not be the case with the Saints of the Most High. Through the Prophet Joseph Smith, the Master clarified: “And again, verily I say unto you, the coming of the Lord draweth nigh, and it overtaketh the world as a thief in the night—therefore, gird up your loins, that you may be the children of light, and that day shall not overtake you as a thief” (D&C 106:4-5; emphasis added). Remember John’s words: If therefore thou shalt not watch, I will come on thee as a thief” (Revelation 3:3; emphasis added).

It is an exciting endeavor to seek to understand the scriptures, to delight in their simplicity and to grasp and embrace their profoundness. To be sure, there are no doubt many things pertaining to the coming of the Lord that will not be understood until he makes His glorious appearance (compare 2 Nephi 25:8). We have been promised, however, that “whoso treasureth up my word, shall not be deceived” (Joseph Smith-Matthew 1:37). These are they who are led, prompted, and empowered by the language and logic and learning of holy writ. My hope and prayer for all of us is that we may be as the wise virgins, who took the Holy Spirit for their guide and were prepared to receive the Bridegroom (D&C 45:57).

Learn more in Robert L. Millet's book Living in the Millennium. Available in hardcover or ebook at deseretbook.com.

The Savior taught through the Prophet Joseph Smith that the time will come when "he that liveth in righteousness shall be changed in the twinkling of an eye, and the earth shall pass away so as by fire" (Doctrine and Covenants 43:32).

What do we know about that day when Jesus Christ will come in glory to cleanse the earth? And what will life be like after He comes to reign?

In Living in the Millennium, the companion volume to Living in the Eleventh Hour, author Robert L. Millet shows us what life will be like during and after the Millennium. Relying on the words of prophets, he shares what has been revealed about Christ's preliminary appearances, His return in majesty and power, and His millennial reign—a thousand years of goodness and peace.