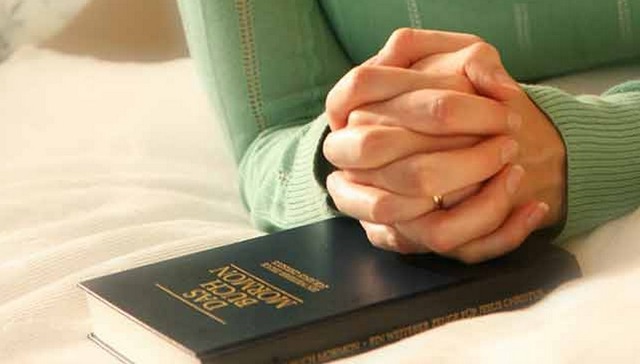 Members of the Church may sometimes forget that the gold plates and the Book of Mormon don’t say the same things. One contains the writings of an ancient people in a lost language and the other is a translation of those writings into the English language made during the 19th century. Our Primary children sing about Moroni burying golden plates in a mountainside. The record was made by Nephites, but the story is retold in the Book of Mormon.

So what exactly does it mean to retell the story of the gold plates? BYU scholar Nick Frederick focuses his research on how the Book of Mormon retells the story with the use of the New Testament, which was familiar to Joseph Smith and early members of the Church. He maintains that, like the best translations, the Book of Mormon is not a word-for-word rendering of the original text. According to D&C 1:24, the Lord speaks to his servants “after the manner of their language,” so it’s perfectly reasonable for the Book of Mormon to contain elements of Joseph’s “language,” namely the Bible.

The study of the relationship between different texts is commonly known as intertextuality. The idea behind intertextuality is that texts can communicate meaning through the adoption and adaption by one text of words, images, and phrases that refer explicitly or implicitly to another text. Scholar Julia Kristeva maintains that every text is actually a “mosaic of quotations,” and intertextuality is common in works of nonfiction, fantasy, the Bible, and the Book of Mormon.

While most Latter-day Saints are aware that Old Testament passages appear frequently throughout the Book of Mormon, in particular several chapters of Isaiah, fewer may be aware that the New Testament appears almost as often. One of the most easily recognized reference is found in 3 Nephi 12–14 where the resurrected Christ delivers a sermon that seems very close to the Sermon on the Mount found in Matthew 5–7.  But this is far from being the only reference. Several hundred New Testament phrases appear in every book of the Book of Mormon except for in Jarom. These passages not only allude to, quote, and echo those found in the New Testament but also comment on and even correct New Testament teachings.

Here are five things we can learn about the Book of Mormon by studying its intertextuality with the New Testament:

1. The Gospel of Matthew appears the most often.

2. Language from the Book of Revelation appears in key doctrinal sections of the Book of Mormon.

Nephi’s vision of the Tree of Life in 1 Nephi 11–14 shares a lot of similarities with John the Revelator’s vision, and John is even explicitly mentioned in 1 Nephi 14:27.  Key phrases from John’s revelation also appear in 2 Nephi 9, Mosiah 3, Alma 12, and Ether 13. The textual links may suggest the content of these chapters was delivered in a similar revelatory manner as John’s and Nephi’s visions. These connections may also suggest an understanding of the Book of Revelation can lead to a better grasp of the teachings of the Book of Mormon.

3. The Book of Mormon Jesus is John’s Jesus.

When Jesus arrives in the new world to speak to the Nephites in 3 Nephi, he speaks in a style similar to that of the Gospel of John’s Jesus. Phrases from John’s gospel appear in Jesus’s introduction in 3 Nephi 9:15–18. There is also a creative re-working of John 17 in 3 Nephi 19:20–29. Even 3 Nephi 12–14, which is largely drawn from Matthew’s Gospel, is delivered in the same style as John’s Jesus speaks (such as usage of “verily, verily” in 3 Nephi 12:13–14). Probably not coincidentally, when Jesus speaks in the revelations canonized in the Doctrine and Covenants, He also primarily speaks in the style of John’s Jesus.

4. Not all the New Testament documents are present in the Book of Mormon.

There are no phrases from 2 Thessalonians, Philemon, Titus, 2 John, 3 John, and Jude. The other 22 New Testament texts are all represented in varying degrees. This could be due to the brief length of these epistles or else perhaps the language and context of the epistles was too limited to be useful to the translation of the Book of Mormon.

5. We can learn important lessons from how the Book of Mormon adapts the New Testament.

Alma 19 and John 11 tell similar stories, namely the raising of someone who is thought to be dead. Not only are the stories similar, but there are six phrases in common between the two stories, further strengthening the connection. Comparing these stories side-by-side, four important figures (Lazarus, Jesus, Mary, and Martha) in John are mirrored by four figures in Alma (King Lamoni, Ammon, Abish, and the Lamanite Queen). By drawing our attention to John 11, we could read Alma 19 expecting something similar to play out, namely that Ammon will raise King Lamoni, just as Jesus did Lazarus, while the two women remain bystanders.  But the Book of Mormon instead has the servant woman, Abish, act to raise the Lamanite queen, who in turn takes Lamoni by the hand and raises him. By placing these two Lamanite women in the narrative role of Jesus, the Book of Mormon highlights them and suggests that the Book of Mormon has more to say about women than we often give it credit.

To hear more interesting intertextual connections, listen to this episode of the LDS Perspectives Podcast where scholar Nick Frederick discusses the fascinating presence of the New Testament in the Book of Mormon translation of the Gold Plates.

If you prefer, you can download a copy of the transcript.

Nicholas J. Frederick served a mission in Brussels, Belgium, then attended BYU where he received his BA in classics and his MA in comparative studies. He then attended Claremont Graduate University, where he completed a Ph.D. in the history of Christianity with an emphasis in Mormon studies, after which he returned to work at BYU. His research focuses primarily on the intertextual relationship between the text of the Bible and Mormon scripture. He enjoys teaching courses on the Book of Mormon and the New Testament, particularly the writings of Paul and the Book of Revelation.