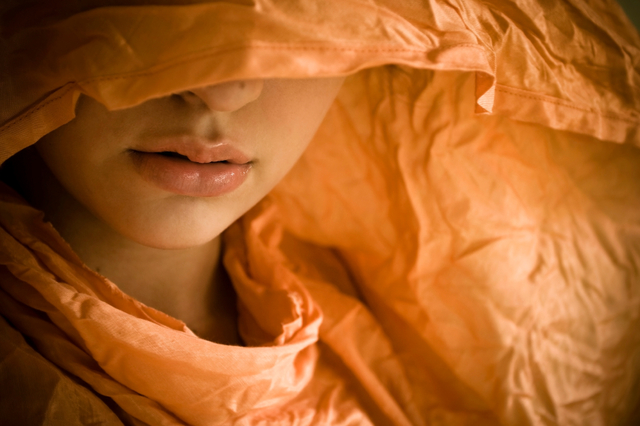 The vast majority of scriptural prophesies were delivered by men, but that doesn't mean women didn't prophesy. In fact, the Lord's covenant people have been saved many times by a spiritually in-tune daughter of God. And though many women, including Rebekah, Hannah, Elisabeth, and Mary all prophesied, there are only a few who are actually designated as "prophetess" in the Bible. Check out our list* below!

1. MIRIAM
The sister of Moses and Aaron, “Miriam the prophetess” (Exodus 15:20) was assigned to watch Moses when he lay as a baby in the bulrushes. The Lord spoke directly to her and Aaron when they took pride in their prophetic gifts, and He cursed Miriam with leprosy (Numbers 12:1-16). She is later named as one of the three who helped lead the children of Israel out of Egypt: “I brought thee up out of the land of Egypt, and redeemed thee out of the house of servants; and I sent before thee Moses, Aaron, and Miriam” (Micah 6:4; see Exodus 15:20).

2. DEBORAH
The fourth judge in Israel, Deborah was directed by the Lord to know when to go to battle, helping to free the kingdom from the subjugation of a foreign king. Deborah rightly was able to say, “I arose a mother in Israel” (Judges 5:7; see Judges 4:4).

3. HULDAH
Huldah lived in the time of the righteous king Josiah (640 B.C.). She prophesied that the wicked people of Judah would feel the wrath of God, but that Josiah would be blessed (2 Kings 22:14-20).

Little is known of her other than the fact that Isaiah calls her “the prophetess.” She bore him children that were named by the Lord (Isaiah 8:3).

5. ANNA
Anna was an 84-year-old widow who was present when Jesus was taken to the temple as a baby. Luke wrote that she “departed not from the temple, but served God with fastings and prayers night and day.” When she saw the baby, she “gave thanks . . . unto the Lord, and spake of him to all that looked for redemption in Jerusalem” (Luke 2:36-38).

NOADIAH
Noadiah joined with others in trying to prevent Nehemiah from rebuilding the walls of Jerusalem. Nehemiah could say of Noadiah as he said of another “prophet” who sought to discourage him, “I perceived that God had not sent [her]” (Nehemiah 6:10-14).
JEZEBEL
Jezebel was a false prophetess in the Thyatiran branch of the church mentioned in the book of Revelation: “I have a few things against thee, because thou sufferest that woman Jezebel, which calleth herself a prophetess, to teach and to seduce my servants to commit fornication, and to eat things sacrificed unto idols” (Revelation 2:20).

*From The Mormon Book of Lists by Jay A. Parry and Larry E. Morris