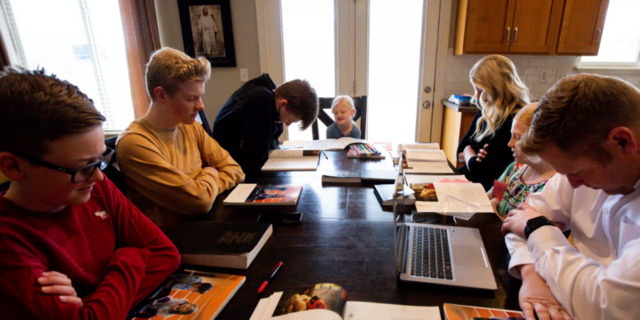 As you explore Alma 23–29, here are five ideas to level up your study. We hope these prompts, in addition to the Come, Follow Me manual, will enhance your understanding of these chapters.

In this week’s episode of “Don’t Miss This,” Emily Belle Freeman and David Butler issue a challenge to “bury your rebellion,” like the Anti-Nephi-Lehies did.

“You’re not just burying things you’re not supposed to do . . . they said they buried their rebellion,” Butler said. “We like to think of that rebellion in context of the two great commandments. My rebellion is anything that is breaking a relationship and causing harm to God or to others, and think of how powerful it would be if we thought about our sins in context of the hurt it’s causing somebody else.”

Freeman adds, “Their weapons were used to hurt and to harm, and that’s what they said, ‘We are not going to do that anymore. We are going to love. We will fully love.’ Wouldn’t it be awesome to think about what am I doing that is hurting or harming a relationship with someone in your home or with God? What is that thing that is hurting or harming that relationship and how can I bury that thing?”

In October 2012 general conference, Elder David A. Bednar of the Quorum of the Twelve Apostles taught about the importance of conversion, especially being “converted unto the Lord.” He points out two elements of conversion found in Alma 23:6–8:

“Two major elements are described in these verses: (1) the knowledge of the truth, which may be interpreted as a testimony, and (2) converted unto the Lord, which I understand to be conversion to the Savior and His gospel. Thus, the powerful combination of both testimony and conversion unto the Lord produced firmness and steadfastness and provided spiritual protection.”

Watch Elder Bednar’s remarks, “Converted unto the Lord,” below.

The impact of religious freedom

In the first few verses of Alma 23, the king of the Lamanites declares that the word of God should “have no obstruction” among the people and that no one should harm Ammon, Aaron, Omner, or Himni. Because these brethren were enabled to proclaim the gospel freely, Lamanites in seven lands and cities were converted.

Religious freedom likewise plays an important role today. In an address on June 17, Elder David A. Bednar spoke about how the COVID-19 crisis is a wake-up call for religious freedom. Perhaps you and your study group could watch his remarks and discuss the role of religious freedom in Nephite times and in society today. You can also read a summary of Elder Bednar’s remarks.

The gospel and joy

It also notes that President Russell M. Nelson has taught, “When the focus of our lives is on God’s plan of salvation . . . and Jesus Christ and His gospel, we can feel joy regardless of what is happening﻿—or not happening﻿—in our lives. Joy comes from and because of Him. He is the source of all joy.”

How have you found President Nelson’s words to be true? You can also watch his talk, “Joy and Spiritual Survival,” below.

The result of conversion

In a segment of this week’s episode of the Sunday on Monday study group, host Tammy Uzelac Hall talks about how after the Anti-Nephi-Lehies were converted, they proceeded to “strengthen [their] brethren,” as found in Luke 22:32. The group discusses this quote from the talk, “Be Ye Converted,” by President Bonnie L. Oscarson, former Young Women General President:

“As you are converted, you will have a desire to share with others what you have learned, and your confidence and ability to testify to others with conviction and power will increase. This desire to share the gospel with others and the confidence to testify boldly are natural results of true conversion. The Savior taught Peter, ‘When thou art converted, strengthen thy brethren.’ A person who has experienced true conversion draws upon the power of the Atonement and receives salvation for his or her own soul, then reaches out to exert a powerful influence upon all those who know him or her.”