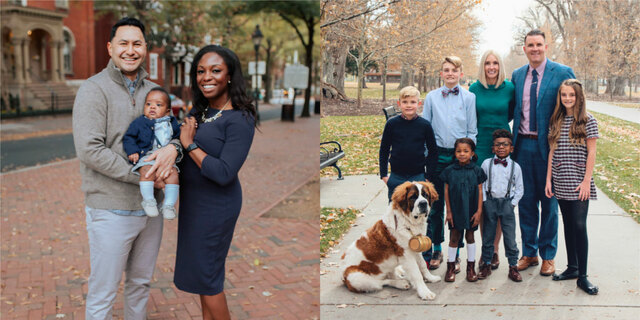 Editor’s note: Earlier this week, Sheryl Ellsworth and Emily McCormick appeared on KSL’s Studio 5. Their topic? Five things that mothers of children of color want you to know. You can watch their segment here and then read below to learn more as the mothers expand on the thoughts they expressed on the show.

“But race is the child of racism, not the father. And the process of naming 'the people' has never been a matter of genealogy and physiognomy so much as one of hierarchy. Difference in hue and hair is old. But the belief in the preeminence of hue and hair, the notion that these factors can correctly organize a society and that they signify deeper attributes, which are indelible—this is the new idea.” –Between the World and Me by Ta-Nehisi Coates

In the wake of people of color being killed and what were intended to be peaceful protests sometimes turning violent, we came together as mothers of children of color to think about what we have learned from being in our position—and what five things we would hope others could learn about race and racism.

Be aware, not afraid

Let's start with an experience Sheryl had recently:

As a new mother, I remember going to a boutique to pick up something for our baby boy. The store wasn’t large, and I kept passing the same family. When I walked by, the daughter, who was no more than 3 years old, looked surprised and said, “Oh, scary!”

I hadn’t realized she was talking about me until she said it again. On my third pass, she repeated, “Oh, scary,” and I decided to talk to her father, who had been oblivious.

I approached him nicely. “Hi sir, I just want to let you know every time I’ve walked by your family, your child has called me ‘scary.’ And I just want you to know that I’m not a scary person. I’m just a mom trying to shop for her new baby.”

I felt immediate relief for having said the words.

The father, confused, looked at his daughter, thanked me for telling him, and walked away.

A few minutes later, the father, probably a little embarrassed, found me and asked if he could introduce his daughter to me. It was a simple thing—we briefly looked in each other’s eyes, shared our names, and said hello. But that short encounter had a big impact. It was a learning moment for all of us.

The father had been surprised by his child’s reaction to seeing a person of color. But as much as I couldn’t stay silent about sharing what had happened with him, he ensured that this teaching moment did not go by. He took that potentially awkward or embarrassing moment to teach his child that people might look different from her, but people are people.

That is one illustration of the fear or embarrassment around talking about race. This fear can be driven by a lot of things: What is the correct terminology? We are all children of God, so race doesn’t matter, right? Does talking about race make racism worse? If race is a social construct, why are we talking about it at all? What if I unknowingly offend someone? In the year 2020, why is race still an issue? What if someone doesn’t agree with me? If I have a child of color, will they be treated differently by peers or authority figures? 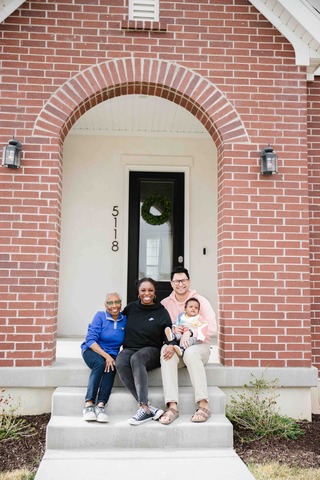 The fear is real. But we need to work on replacing fear with awareness and help children do the same. Here are a few things you need to remember that will help you navigate past your fears:

Don't apologize, be an ally

To be an ally is to be “willing to bear one another’s burdens . . . to mourn with those that mourn; yea, and comfort those that stand in need of comfort” (Mosiah 18:8–9). An ally will empathize with the experiences of others, seeking to build relationships based on trust.

Sometimes feeling sympathy or a desire to help can lead people to apologize for the past. But if you want to be an effective ally, don’t apologize for what happened in the past that was out of your control. Doing so can undermine the suffering of people of color by shifting the focus from their feelings to yours. This increases their emotional burden by essentially asking them to make you feel better.

Instead, actively seek to be an ally by standing with that person. Let them know you support them, are thinking of them, and want to listen and learn about strengthening race relations. Most importantly, take an active role in speaking out against racism.

Dr. Martin Luther King Jr. said, “We will have to repent in this generation not merely for the hateful words and actions of the bad people, but for the appalling silence of the good people.” Masses of good people are taking this sentiment very seriously right now, recognizing that not doing anything to stop racism can add to the problem.

“Speaking up” does not have to be a superhuman effort. Small acts go a long way to stop racism. Remember we each have a unique voice, an individual view of the world, and distinct talents. Use those. They are our best tools. Here are some pointers on speaking up about racism:

Children learn about differences in others as a result of experiences, and not just through conversations.

The choices parents make about how to help their kids when they meet people of different races, ethnicities, nationalities, and cultural backgrounds influence how children approach and interact with peers, teachers, coaches, and neighbors. As mothers of black children, we realize overt racist interactions with law enforcement is a possibility for them—but, more likely, our children may be singled out about the color of their skin during a social interaction, like a play date.

For people of color growing up in homogeneous white communities where children have not had much exposure to other races, comments can be made like, “Why is your skin dirty or the color of poop or chocolate milk?” Or “I want your skin to be white like mine.” Or “ewww” when they touch their skin. Or, for older kids, “Since we are friends, can I get a pass and use the N-word?” This language is hurtful and lowers the self-esteem of children of color.

If this does happen, don’t pretend it didn’t or brush it aside. Help interpret that moment for the children by explaining we all have different concentrations of melanin in our skin. We are all also different heights, but we have feet and legs and arms, etc. ("The Talking about Race with Young Children" podcast by NPR Life Kit and Sesame Street Workshop is a great resource for this.)

Learn to be anti-racist

“Anti-racist” means to be actively against racism—putting effort into stopping racism. We've compiled a list of vetted resources that will help you learn to be anti-racist.

Books for adults: Between the World and Me by Ta-Nehisi Coates, White Fragility by Robin DiAngelo, and Just Mercy by Bryan Stevenson.

Resources for Children: A Kids Book About Racism by Jelani Memory and "Talking about Race with Young Children," a podcast by NPR Life Kit and Sesame Street Workshop.

Sheryl Ellsworth is the Family/Community Engagement Specialist for the Utah State Board of Education (USBE). In this role, she supports and trains schools, namely administrators and teachers, in engaging families through evidence-based strategies in urban, suburban, rural, remote, and indigenous reservation communities.

Before working at USBE, Sheryl taught in Washington, D.C., and played an integral role in helping her school move from the second-lowest performing position in the district to being the first school out of priority/turnaround status. She resides in South Jordan, Utah, with her family.

Emily Bell McCormick is the mother of five and owner of a boutique advocacy and communication consulting firm and founder of The Policy Project, a group working to implement healthy policy in Utah and in the United States. She is also the style and fashion contributor for KSL’s morning show, Studio 5, and the former co-founder of Shabby Apple. She resides in Salt Lake City with her husband and children.

Images: Courtesy of the Ellsworth and McCormick Families