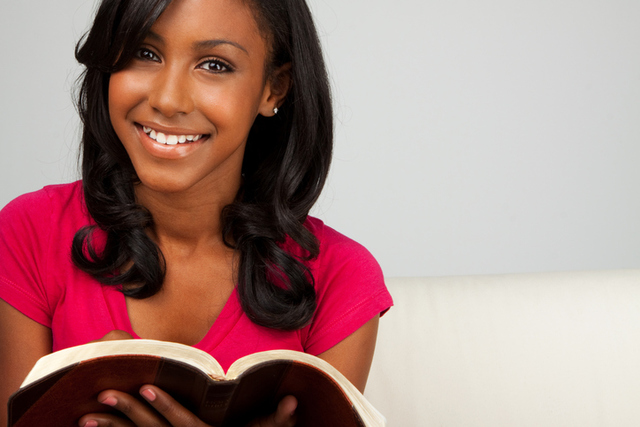 The prophets have asked every Church member to read and study the Book of Mormon. But for some teens, reading every day becomes at best a chore and at worst a trigger for a fight with Mom and Dad. Here are six simple ideas to help increase your teen’s interest in reading the Book of Mormon.

One of the most common reasons why teens aren’t interested in the Book of Mormon is because they have a hard time seeing how it has anything to do with their lives. We should always ask how a principle applies to them today.


For instance, King Noah chose friends who were bad influences on him (see Mosiah 11:1–15). Does it really matter who our friends are today? Are there any parallels between the Nephites wearing armor to battle and us dressing modestly today (see Alma 43:19–21)? How do things like pornography and drugs poison us “by degrees” (Alma 47:18)? Seeing how the teachings of the Book of Mormon apply to their lives can be quite powerful for teens.

I don’t think there’s anything wrong with injecting a little appropriate humor into your study of the Book of Mormon. For instance, I can’t read about King Noah without comparing him to Jabba the Hutt. I always picture Sherem as a sleazy con artist—one part televangelist and one part used car salesman. Chemish’s lone verse in the book of Omni, where he basically rats on his brother for waiting 38 years before writing anything, cracks me up every time (see Omni 1:9). When Ammoron writes a letter to Captain Moroni in Alma 54:16, in which he swears to avenge his brother’s death, I can’t help but hear Mandy Patinkin’s voice from The Princess Bride:

“Hello, my name is Ammoron. You killed my brother. Prepare to die.”

A little humor can go a long way to breathing some life into the people of the Book of Mormon.

Everyone needs to know for themselves that the Book of Mormon is true. A solid testimony is absolutely essential for our spiritual survival. We can help teens understand this by bearing our own testimonies of the truthfulness of the Book of Mormon. It doesn’t have to be a formal “I’d like to bear my testimony.” A simple “I know this is true” or “I have seen that scripture work in my life” can make all the difference. As appropriate, share your conversion story with your teens. Tell them how and when you came to know the Book of Mormon was true. Encourage them to find the truth for themselves by accepting Moroni’s challenge (see Moroni 10:3–5).

Don’t dumb down the doctrine. Teens hate feeling as though they’re being talked down to. Invite your teens to study the sources and authors you enjoy. Refer often to the counsel of the living prophets as you study. You don’t have to “sneak up” on your teens and “ambush” them with the gospel. In a 2007 CES Fireside, Elder David A. Bednar said, “I believe this generation of youth is more immersed in the scriptures, more acquainted with the words of the prophets, and more prone to turn to the revelations for answers than any previous generation.”

5. Make it about Christ.


Missionaries usually ask investigators to read about the resurrected Savior’s appearance to the Nephites in 3 Nephi first because of the powerful spirit that attends that sacred experience. Do the same with your teens. The Savior invited the people to come to Him “one by one” (3 Nephi 11:15), and He spent time with each person individually. Jesus Christ wants the same thing for the youth of today—He wants each of them to come to Him and spend time with Him individually. And reading the Book of Mormon can be one of the best ways to accomplish that.

Teenagers are constantly doing things and going places. Carrying around a bulky set of paper scriptures is not an option for most teens. Encourage them to download the Gospel Library app on their phones and ipods for easy studying on a car ride, while waiting for an event to start, or wherever else they may have a few extra minutes. The handy thing about this app is that you can highlight in a variety of colors, underline, make notes on individual scriptures, create your own cross references to scriptures, talks, hymns, manuals, or anything in the gospel library. These highlights are saved and will also appear in your teen’s lds.org account, giving them easy access to past study sessions in a variety of places. 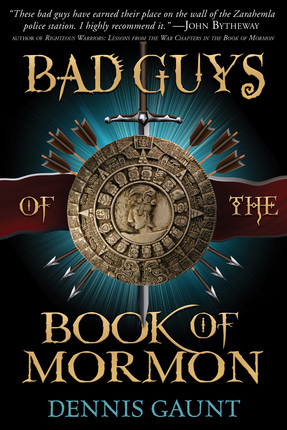 Warning! This book contains information about a deadly enemy's top secret plans of world domination and total destruction. Your mission — should you choose to accept it — is to learn what the enemy is planning as well as what his weaknesses are so that you will be prepared to defeat him.

Gathered here are case studies of some of the enemy's top soldiers in his army — Laman and Lemuel, Korihor, King Noah, Amalickiah — as well as the strategies that allowed the Lord's righteous warriors — Nephi, Alma the Younger, Abinadi, Captain Moroni — to defeat them.

President Ezra Taft Benson said, “The Book of Mormon exposes the enemies of Christ . . . . It fortifies the humble followers of Christ against the evil designs, strategies, and doctrines of the devil in our day.” By learning about the bad guys, by studying their traits, tricks, and tactics, we will be able to see clearly the plans and plots Satan used in Book of Mormon times. And because they are the same plans he is using today, we will have “insider information” on how to defeat him. Get your copy of Bad Guys of the Book of Mormon today!