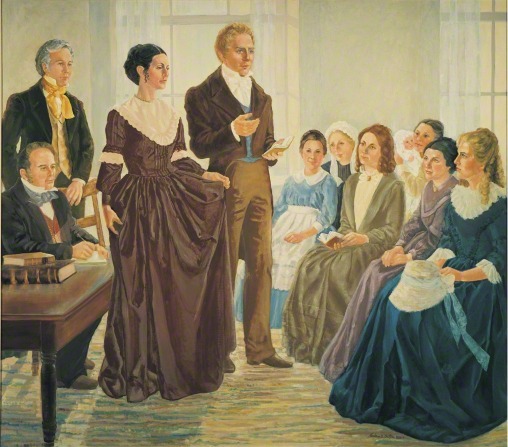 7 Fun Facts About 'The Female Relief Society of Nauvoo'

Relief Society, The Church of Jesus Christ of Latter-day Saints’ organization for women, began in Nauvoo after the women sought Joseph Smith’s approval to organize themselves into a women’s organization similar to others of the day. Joseph Smith said God had something better in mind.

Today, more than 5.5 million women in 170 countries claim membership in Relief Society, which is one of the world’s oldest and largest organization for women. To celebrate Relief Society’s 173rd birthday and the General Women’s Session on Saturday, here are seven interesting facts about the Female Relief Society of Nauvoo.

1. It began as a sewing society

The women of Nauvoo first sought to organize themselves when they observed that the men who were working on the Nauvoo Temple needed provisions. Sarah M. Kimball and Margaret Cook discussed the matter and decided to organize a sewing society to “aid in the erection of the temple.”