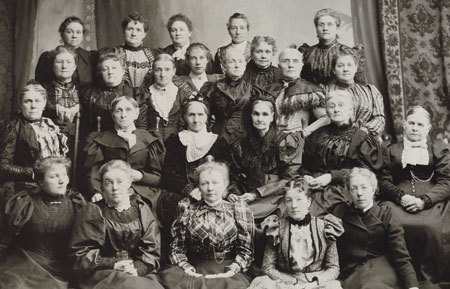 Conversion: Though her father was a Protestant minister at the time, he and the rest of Aurelia Spencer Rogers’s family joined the Church when she was 6 years old. Six years later, after her mother’s death and her father’s call to serve a mission, Aurelia and her older sister were left alone to care for their siblings as they crossed the plains.

Church Service: Aurelia is known for founding the Primary program of the Church. After seeing a group of rowdy boys in the streets, she was concerned for the rising generation and felt a need for a program that would help them stay out of trouble and develop important skills they needed for the future.

The First Presidency responded warmly to the suggestion, and approval was given to begin a Primary program for the young boys of the Church. Aurelia then asked if the girls could be included in the Primary program too. The leaders of the Church recognized this suggestion as inspiration from heaven, and President John Taylor gave his full approbation for both girls and boys to be involved. The first Primary meeting was held by Aurelia on August 25, 1878.

Influence on Women’s Rights: Aurelia served as one of three delegates representing Utah in the Women’s Suffrage Convention in Atlanta, Georgia. She also traveled to Washington, D.C., to attend the Second Triennial Congress of the National Council of Women. 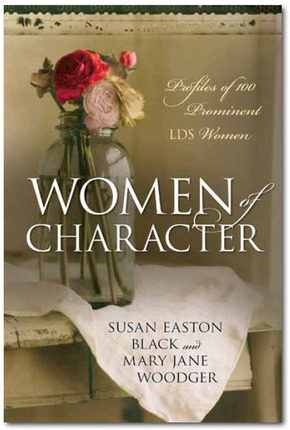 Learn more about women of the Church who influenced women’s suffrage in Women of Character: Profiles of 100 Prominent LDS Women, available at Deseret Book stores and deseretbook.com.

In this book by Susan Easton Black and Mary Jane Woodger, we celebrate noble women in The Church of Jesus Christ of Latter-day Saints who have accomplished the extraordinary, leaving an indelible mark on history. These are stories about life, love, and a remarkable determination to do one's best—messages that reveal to the reader that neither happiness nor greatness is found in compromising self, but instead is found in reaching to a higher source. By reaching up, these women have reached out to make a valuable difference.