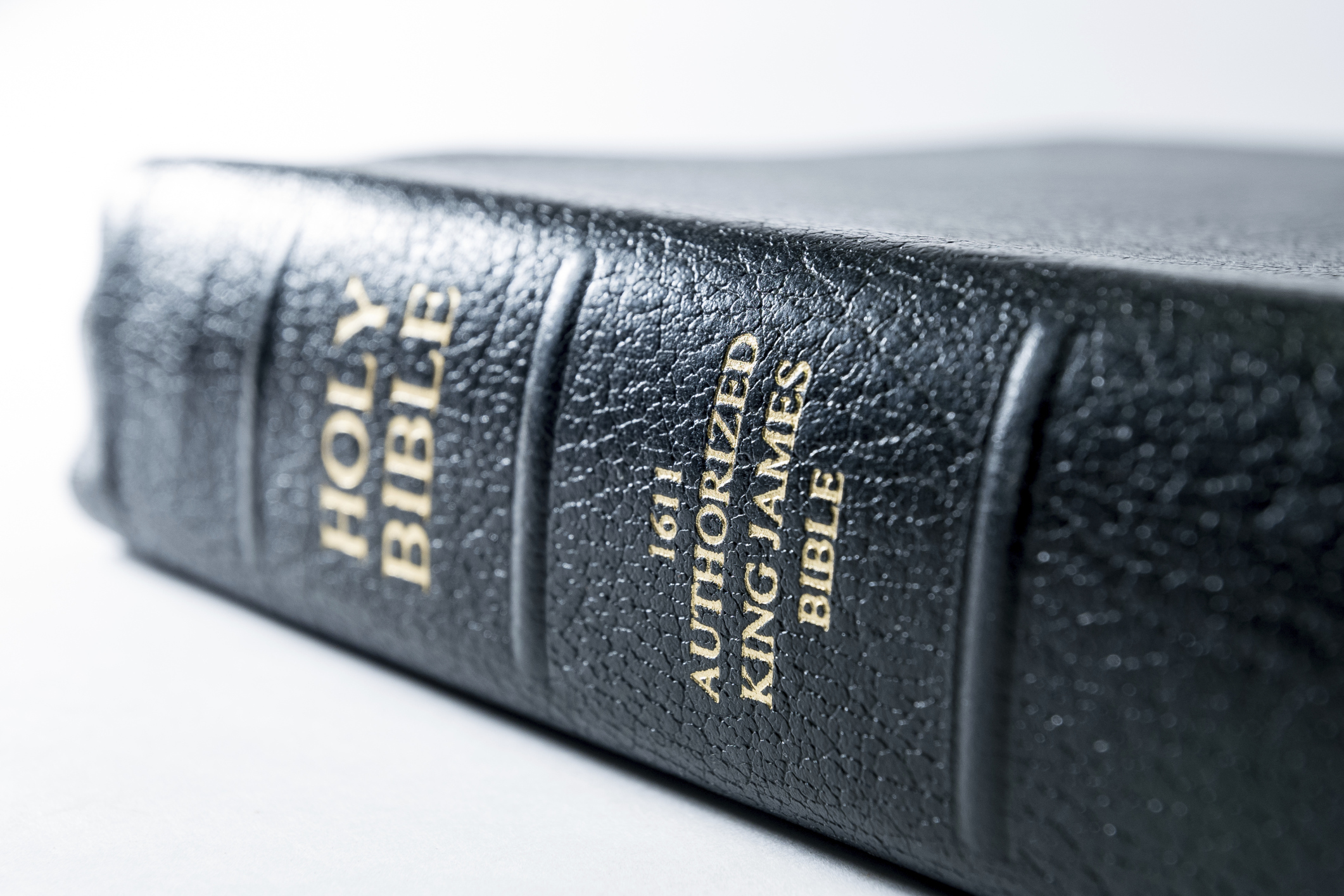 7 Things All Mormons Should Know About the King James Bible

Latter-day Saints use the King James Bible along with other scripture to learn the will and word of God. But while you may know your Bible verses, you might not know these things about the King James Version of the Bible.

In 1979, the LDS Church published its first edition of the Bible in English, and in 1992, it was officially adopted by the Church as the Bible of preference.

But if you’ve ever looked at the title page of your LDS quad and wondered about King James and his Bible, you’re not alone.

Here are seven things all Latter-day Saints should know about the King James Bible (KJB).

1. The 1611 King James Version of the Bible is actually a composite of several earlier translations, not a new translation of older Greek and Hebrew manuscripts.

While the 47 translators who created the KJB were instructed by King James to consult the older (and closer to the original) Greek and Hebrew texts, they mostly referred to existing versions of the Bible.

This, as modern-day Church leaders note, is problematic because it obscures the original text: “When a sacred text is translated into another language or rewritten into more familiar language, there are substantial risks that this process may introduce doctrinal errors or obscure evidence of its ancient origin.” However, they also affirm, “While other Bible versions may be easier to read than the King James Version, in doctrinal matters latter-day revelation supports the King James Version in preference to other English translations.”

Fun fact: The Tyndale New Testament translation, which makes up an estimate 90% of the KJB New Testament, actually coined news words in English, including “Passover,” “peacemaker,” “scapegoat,” and even the adjective “beautiful.”

2. Politics in the 17th century affected how some words in the King James Version were translated.

The KJB purposefully reinforces the structure of the Church of England and the ordained clergy. For example, the word "church" was never to be translated as “congregation.” And the influence of period politics didn’t stop there.

One important reason the project was commissioned in the first place was because King James I of England didn’t like some of the footnotes in the then-current official version of the text, the Geneva Bible. A specific example he cited was a footnote justifying the Hebrew midwives who disobeyed the king’s order to kill all male Hebrew children. These notes and other aspects King James disagreed with were also censored.

Certainly, as the First Presidency has said, “The Bible, as it has been transmitted over the centuries, has suffered the loss of many plain and precious parts.”

3. Many common English idioms are rooted in the King James Bible.

The language we use today reflects teachings and stories from the King James Version of the Bible. An estimated 250 English idioms are said to have originated in the KJB. Here are just a few examples of how the "stick of Judah" has grown together with our modern-day culture:

4. The King James Version of the Bible was written to be read aloud.

In the 1600s, most church-goers couldn’t read. And even if they could, the expense of owning a copy of the Bible was a luxury most couldn’t afford. Taking this into consideration, the creators of the KJB made sure that their work would flow well not only for reading, but also for speaking. It’s considered to be one of the most beautifully written Bibles in cadence and imagery for this reason. And its beautifully crafted phrases are designed to linger in thought.

However, this extra consideration for the cadence and elegance of the words often came at a sacrifice of faithfulness to the original Greek and Hebrew.

Still, given this background, reading the KJB aloud is a practice worth trying during regular scripture study.

5. The translators who worked on the King James Bible admitted that there were human errors in the work, even though the message was the word of God.

Echoing the words in Mormon 8:17, that “if there be faults [in the Book of Mormon] they be the faults of a man,” the translators of the KJB wrote in a foreward to their work, stating that “perfection is never attainable by man, but the word of God may be recognized in the very meanest translation of the Bible.”

They also explain that their numerous changes do not imply previous faults in the book, but that “the whole history of Bible translation in any language [. . .] is a history of repeated revision and correction.”

Unfortunately, this foreward was later dropped from most print versions of the book, and without it, some groups have developed the perception that the “authorized” Kings James Version is somehow perfect and the only inspired Bible. Still, for LDS readers, it is the preferred Bible.

Fun fact: New versions of the KJB were often named after printers' errors. The first authorized edition is known as the "Basketball Bible" because it uses "hoopes" instead of "hookes" when referring to the construction of the Tabernacle. A 1631 edition was called the "Wicked Bible" because it wrote the seventh commandment as "Thou shalt commit adultery" (leaving out the "not")!

6. When it was first printed, the Kings James Version was criticized for being too easy to understand.

Though modern readers sometimes have a hard time understanding the antiquated language of the KJB, at the time of its first printing, the initial criticism for the new Bible was that it was too simple. Because other versions had been difficult and needed interpretation and great thought to understand, the idea of a Bible that was “easy” concerned some groups who were “looking beyond the mark.”

The original preface anticipated this concern and observed how the language of other Bibles kept them from being understood. The translators also explained their purpose in this shift: “we desire that the Scripture may speak like itself . . . that it may be understood even of the [common people].”

Up through about 1769, an estimated 100,000 textual changes have been made to the first edition of the KJB. Most of these are minor, and the vast majority were made to standardize spelling with the rise of the dictionary and add or slightly alter punctuation. Without these, a modern reader would struggle even more with the text when running across spellings like “sonne” for “son,” “yron” for “iron,” “citie” for “city,” and hundreds of others.

Over time, some other small changes were made, but whether or not these changes alter meaning significantly is up for debate. Notably, these alterations are not listed in italics like other textual additions the original translators added for clarity in English. Some examples include:

What this means for Latter-day Saints

Joseph Smith said, “We believe the Bible to be the word of God as far as it is translated correctly.” For Latter-day Saints, knowing the history behind the KJB can contextualize the teachings of the gospel found in the Bible.

How? The 1992 First Presidency statement on the King James Version of the Bible explains: “The most reliable way to measure the accuracy of any biblical passage is not by comparing different texts, but by comparison with the Book of Mormon and modern-day revelations.

Learn more about the King James Bible, the Restoration, and the Church with these great resources:

Fires of Faith: The Coming Forth of the King James Bible (DVD)

This intriguing three-part documentary series features more than 130 reenactments filmed in eight countries, with great care taken to represent the scenes visually and historically accurate. Commentary from 18 international scholars and religious leaders tells the story of one of the greatest committee efforts in history, resulting in the most influential and enduring book the Western world has ever seen.

-->Learn more about the miracles behind the KJB

The King James Bible and the Restoration (eBook)

What is the King James translation of the Bible? How did it come to be? Why do people still read it today?

The King James Bible and the Restoration explores these questions. It tells of the KJC's origins, the texts from which it was translated, the major characters involved in its creation, and its story to the present. But this book explores other questions as well:

What is the relationship between the King James Bible and the scriptures of The Church of Jesus Christ of Latter-day Saints? What has been its lasting legacy in Mormonism?

-->Get the answers and more

Why the King James Version (eBook)

In this volume, President J. Reuben Clark, Jr., presents his reasons and those of other scholars for considering the King James Version the best translation of the Bible ever produced. The work is the result of a lifetime of careful research and investigation. It will be of inestimable value to all students of the scriptures, and particularly to members of The Church of Jesus Christ of Latter-day Saints, which accepts the King James Version as one of the four standard works of the Church.

This work will add faith and testimony to every reader. It is one more evidence of the divinity of the Lord Jesus Christ, the Son of the Eternal Father.

-->Find out why we use the King James Version