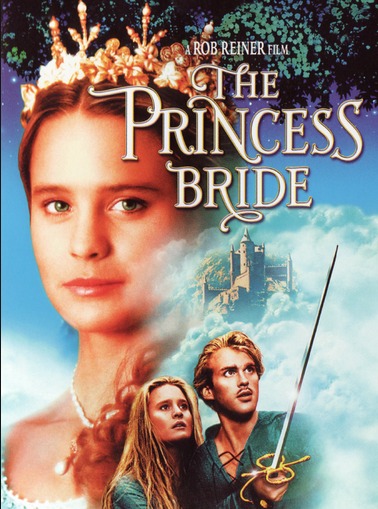 Nearly every Mormon loves The Princess Bride, and if they don’t love it, they’ve at least seen it. We're not the only ones who are enamored with this true love story and its side-splitting clean comedy. We just love Westley and Buttercup and all their goofy sidekicks: Inigo, Fezzik, Miracle Max, and even the not-so-raspy-voiced albino from the Pit of Despair. Somehow the odd combination of quirky, quotable characters makes this one of the most beloved (by Mormons, at least) movies of all time.

Okay, we realize that Mormons aren’t the only fans of this classic galactic film. What little boy didn’t wish for a light-saber, or little girl wasn’t thrilled by Princess Leia’s “do-it-yourself” determined attitude? But Mormons seems to have a special love for this classic tale of good vs. evil. There are so many LDS analogies and principles, including “the force,” which could be compared to the Holy Ghost, repentance, faith, and the importance of family. What better way to satisfy your sci-fi lovers and teach some gospel principles along the way?

Everyone knows that Mormons love a good sing-along film (Saturday's Warrriors, anyone?), and Frozen is the ultimate sing-along movie. The characters are lovable, good-hearted, and kind. The movie plot is based around the importance of the family, sisterly love in particular. Frozen may have gone viral outside of the LDS culture, but we Mormons did our fair share of quoting it, singing it, and meme-ing it from the very first time we saw it.

Christian Bale running around with a bunch of boys in knickers and newsboy caps singing songs about seizing the day? What’s the Mormon appeal? We have a couple of theories. First of all, Mormons and musicals seem to go together. With inspiring songs about living life to its fullest, and terrific themes of loyalty to friends and the importance of family, it’s hard to find family entertainment as good as this anymore! BYU’s Vocal Point recently released an awesome Newsies medley music video, further proving to us that the uplifting music is a big reason for the movie’s Mormon fans.

The hills are alive--in Mormon households! This was definitely a go-to Sunday movie in my house growing up. Not only are the musical numbers catchy and clean, but the story of a young nun striving to follow God’s will and changing the lives of a bitter sea captain and his seven children along the way strikes a chord for members. We love stories of struggle, reliance on God, and ultimately, triumph over evil. Even the Mormon Tabernacle Choir has jumped on “The Sound of Music” bandwagon in some of their musical pieces.

Summertime. Rowdy boys. Crazy shenanigans. And clean humor. What's not to love about this classic baseball film? And did you know it was even filmed in Utah? LDS Scout camps are filled with young men and boys who nearly have it memorized, right down to the "s'more of what?" line. Let's face it. There's something mesmerizing about Benjamin Franklin Rodriguez and his crew of misfits. We Mormons watch it every summer, just like everyone watches It's a Wonderful Life every Christmas. Somehow, it's just not summer without The Sandlot.

Gosh! Where to begin with this one? This low-budget film (made by a Mormon, no less) hit really big with the LDS audience when it came out 10 years ago. Any plot that involves a geeky boy with no friends who becomes incredibly cool with one dance sequence is always a feel-good movie. But throw in a llama named Tina and some tater-tots, and you've got a cult classic. And you know we Mormons love it when we start using it in our memes!

A touching, animated tale of an independent girl searching for her family and a conartist who undergoes an extreme change of heart, Anastasia is widely recognized in the Mormon sphere. It was even co-directed and co-produced by Don Bluth, an LDS actor and director. Full of principles such as family history, the value of putting others first, honesty, and true repentance and change, this movie seems to have a notable place on Mormon movie shelves for the great family values it exhibits--not to mention some of its catchy tunes!