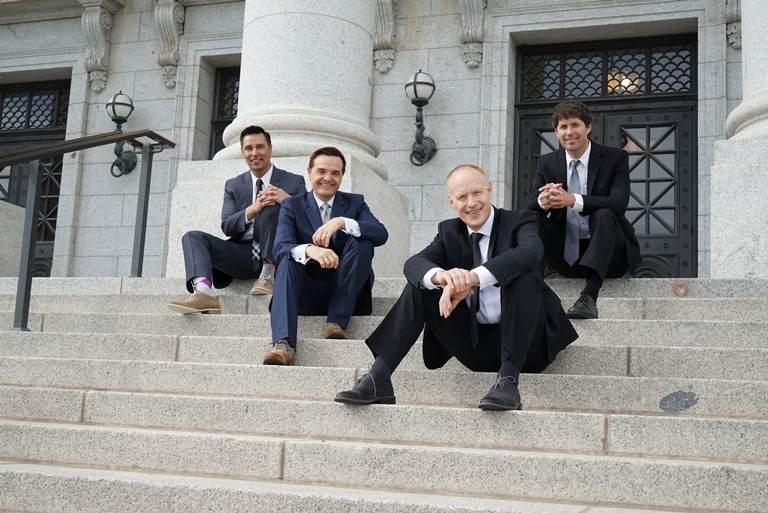 With just a click of a button, you can access a lot of, well, garbage on the Internet. Take a look at these 9 Mormon YouTubers who have graced the Internet for the better, and find out why their channels are so popular not only among Latter-day Saints but the world at large. 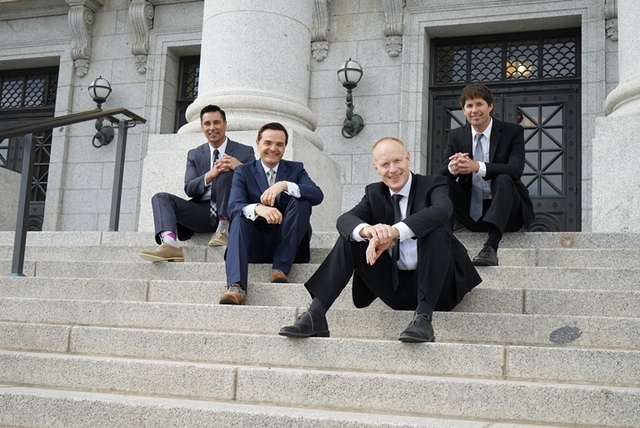 Though Mormons everywhere strive to “be an example of the believers,” a few Mormon YouTubers are an example to millions of people online every day. And they know that the greatest way to spread the gospel around the globe is by simply living their faith—and letting the world see it.

From their music to their website, it’s clear that The Piano Guys acknowledge their talents as gifts from Heavenly Father—and they love to share them. The group consists of pianist Jon Schmidt, cellist Steven Sharp Nelson, producer and videographer Paul Anderson, and music producer Al Van der Beek.

These Mormon YouTubers rely a lot on the Lord to balance their music, business, family, and church responsibilities. Their families, though, remain a main source of ideas and inspiration. “But it’s more than their ideas that drive us,” the artists explain. “They are at our core. They are the ‘why.’ From the beginning, we’ve always wanted to create content on YouTube that we don’t have to shield their eyes or ears from—something that will make them smile, laugh, dance, and even encourage them to practice their instruments! We love them dearly. That’s why you often see us smiling in our videos. There is no greater joy than in family.”

Even when they’re away from their families, however, they find ways to smile and share the gospel; their favorite icebreaker while on the road is, “So, do you know any Mormons?”

One particularly memorable missionary experience, they recall, came from attending church in Berlin, Germany. After the meeting, a once-atheist young man approached them. He told them he had stumbled across one of their videos while browsing YouTube and had felt a peace and love in his heart unlike anything he had experienced before—something he wanted to keep.

Through their website, he found out that they were Latter-day Saints. He contacted the missionaries soon after, was baptized, and is now serving a mission himself. “We feel so blessed to be used by the Lord and to be a part of the hastening of His work,” says Anderson. “We feel a strong responsibility to keep ourselves worthy so the Lord can continue to use us as literal instruments in his hands.”

When the team has miraculous experiences like these, it makes their hard work all worth it—hard work like keeping up with worldwide tour schedules and creating stunning new videos for their ever-growing YouTube fan base. “The most rewarding thing is the fact that The Piano Guys are my brothers in the gospel.” Schmidt adds, “We are united in a desire to be what the Lord wants us to be.”

The Piano Guys, who call themselves “brothers in the gospel,” have traveled the world to share their gifts and recently performed at the prestigious Carnegie Hall, an experience they describe as “intimidating, humbling, inspiring, unbelievable—unforgettable.”

And yet, throughout their success, they remain humble and grateful. “It’s an incredible feeling to dream of doing something so ‘out there,’ then working hard towards it, and relying on Heavenly Father to make up the difference,” Anderson says. “He has answered so many prayers. We owe everything to Him. We consider ourselves lucky and blessed to be along for the ride!”

This article originally appeared in the May/June issue of LDS Living Magazine. Read more by picking up your copy at any Deseret Book store or on deseretbook.com