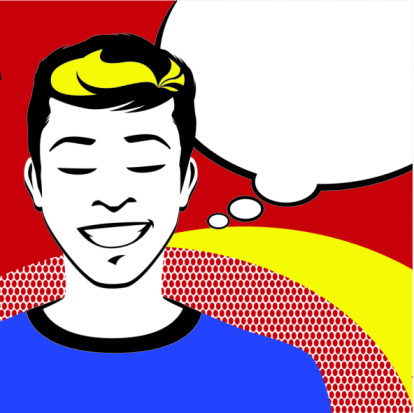 A Man's Response to 'Dating Tips'

Our recent ﻿“Dating Tips from the Opposite Sex” ﻿attracted some criticism from the women who read it. Julia Lynn Fuller was concerned that the “perspective is incredibly negative and the negative is directed at girls!” Eleanor Clark explained that “many men buy into the Hollywood ideal of beauty and so that group of women in a ward that looks closest to that ideal is the group that gets asked out the most. They normally constitute the minority in a ward, and if every guy is asking them out, of course the guys will hear ‘no’ more often. The majority of girls hardly get asked out, and perhaps may only have one date or less a year. So, if the men folk would like to hear more ‘yeses’ they might need to reevaluate who they are asking out.” Others insisted girls do not expect or care about expensive dates.

It seems some clarification is in order. Here’s a response to the article and its comments from the perspective of another man.


First, let me remind everyone that the dating game is fraught with more dangers than the Temple of Doom. In fact, sometimes I’d almost prefer a spring-loaded chamber with eviscerating spikes ready to pop out of the walls over trying to navigate the minefield of the female psyche. Likewise, I’m sure girls often consider the male mind to be an impenetrable fortress of inconsistency and superficiality. The differences between the genders are what make us so fascinated by the opposite sex, but those same differences often lead to nothing but confusion.

Nevertheless, there are a few things we do know. We know that a negative attitude will get you nowhere. We know that no one ever accomplished anything by meekly hiding in the shadows and bemoaning the injustice of failed dating. We know that every girl has some sort of beauty, whether or not their male counterparts have the discernment to notice it. And we know that members of both genders can occasionally be just plain stupid.

The article’s slightly negative tone and possibly unfair expectations were unfortunate. We can’t fault anyone too much if he or she has become embittered by prolonged bad luck in dating, but we can strive to try a little harder to understand and respect the opposite sex. For instance, I know that while girls appreciate the occasional fancy date, an ice cream cone and a walk in the park can mean just as much if accompanied by the respect a girl deserves. Then there’s the issue of fear: Both genders can suffer from lack of confidence, but fear can’t be cured by sitting in our apartments on a weekend glumly playing Call of Duty or watching whatever obligatory Jane Austen remake came out this year. Only by stepping out of our bubbles, no matter the resulting discomfort, can we attain the confidence needed to become a worthy mate.

There we go. I believe that understanding the other party’s point of view is a key to any relationship. That’s by no means a new insight, but we tend to forget things. As long as there are men and women (which, we can only hope, will be a very long time), there will be differences in approaches and mentality. We can’t hope to understand everything, but we can exercise respect and give it our best shot.

That being said, what follows is my take on the fundamentals that drive guys through the dating scene. With luck, I’ll be able to convey the honest desires and motivations we guys possess in such a way that doesn’t inspire legions of girls to take up their pitchforks and cause me serious bodily harm.

#1: Fear: Girls, please understand that for the most part, we regard you as wonderful, strange, beautiful, otherworldly creatures given human form. This can lead to the utmost admiration for you, but it can also lead to feelings of utter intimidation. We’re afraid of rejection, awkwardness, and failure. When occasionally we are overcome by brief fits of either confidence or foolhardiness, we ask a girl out. If that girl says no, it may put a dent in our confidence so debilitating that it may be long interval before we ask someone else out. The choice to say yes or no is entirely yours, girls, but please take care to leave our confidence at least partially intact.

#2: Honesty: Additionally, please be honest. If you’re simply not interested in anything beyond ice cream or friendly conversation, please be up front about it. You’ve probably heard the Band-Aid analogy: It’s better to rip the bandage off quickly rather than draw out the pain. If necessary, please rip that bandage off. Give us a chance, of course, but if you’re certain nothing will come of it, tell us. If you’re worried about impending heartbreak for the guy in question, just remember that the heartbreak will be exponentially worse if you wait for his feelings to blossom before telling him you were never really that interested. Waiting that long may result in the guy’s premature baldness, nervous twitching, and desire to watch in one sitting an entire season of 24 while drinking barbecue sauce from the bottle. Trust me, you do not want that on your conscience.

#3: The Awful Truth: I’ve heard that girls, like God, look upon the heart. Well, I am somewhat ashamed to admit that guys look upon outward appearance – primarily the face, but we also tend to critically assess various bodily proportions. The degree to which a girl must resemble the ideal physical specimen varies from guy to guy, but I think I can safely say we generally find appearance to be one of the top criteria on our list. I’m sorry for this. I hope I can mature to the point where a girl’s body is a mere afterthought to be noticed only after I’ve enjoyed her warm personality, but I don’t think that day is any time within the current geologic era.

However, for those of you who do not resemble a genetically engineered swimsuit model, there is hope. Take care of yourself. Wear an appropriate amount of makeup, brush your hair, and exercise regularly. You don’t have to don all the latest fashions, but wear clothes that suggest you put a little care into your appearance. You’d be surprised how far those little things can go toward making a girl attractive. And then there’s personality –  please don’t think I’ve forgotten about that altogether! For all my talk of proportions and pleasing features, I can’t neglect the importance of a good personality. The hottest girl on earth would mean nothing to a true gentleman if that girl has a terrible attitude.