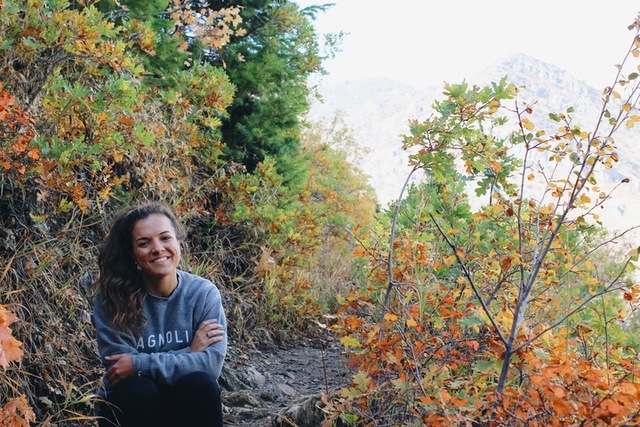 A Message to My Fellow Single Adults: "You're Not Doing Anything Wrong"

The following has been republished from alittlepencil.com.

Several weeks ago, I was in church and our stake president was conducting an anonymous question and answer session in the young single adult ward when the following question was asked: “What are we not doing that we should be doing?”

I don’t know who asked this question, and I don’t know what sparked the question for the anonymous asker. But I do know that it was asked by someone in a singles ward, and I also know that for me, a long-time singles ward attendee, many times I have poured my heart out asking the same question of God: “What am I not doing that I should be doing?” This question, for me, often comes because there is nothing more I want than to have a family, to be a wife and a mother, and I wish the Lord would just tell me what I’m doing wrong so I could fix it. I would do anything to fix it.

It was this very question I had been pondering a year-and-a-half ago, while working in the temple shortly after going through a tough breakup. All of the sudden I had a feeling that my Grandma Momel, who passed away several years ago, was trying to talk to me. The Salt Lake Temple is huge and there are lots of temple workers so there are several times when your job is literally to stand, smile, and sometimes offer directions when people pass by. I was stationed at one such assignment when this feeling came to me and, at the risk of seeming totally crazy, I thought, “Okay, I’m listening.”

I quickly began to feel that not only my grandma but my grandpa, who passed away over 15 years ago, was talking to me. It was a brief experience and I won’t share all of it, but I remember very distinctly one thing I felt they wanted to communicate to me. I didn’t hear anything audible and you could certainly ask (I myself have wondered) if it was just a thought in my mind, but it was contrary to what I had been telling myself. I had been thinking that I must be defective, that there must have been something I was doing all wrong, when very clearly I heard the words in my mind: “You’re not doing anything wrong; you’re doing everything right. Just keep doing what you’re doing.”

► You'll also like: Listen—Why I Asked Mallory Everton of “Studio C” to Record a Podcast Interview About Being Single in the Church

This is not intended to be an article exclusively for single people, although I do hope this message resonates with others who may find themselves in what I lovingly refer to as “the singles predicament.” It is my hope that, regardless of your circumstance, if you find yourself asking the question, “What am I not doing that I should be doing?” of anyone other than God, that you will first stop and allow yourself to feel the love of heaven for your desire to be better. I hope that you will feel that you’re actually doing pretty okay and that this whole life thing was never intended to be a cakewalk.

If you feel that the Lord is withholding some blessing from you because you are not yet perfect, think about all of the imperfect people around you who have the very things you seek (along with their own problems and trials) and recognize that not being good enough has absolutely nothing to do with it. I’m not suggesting that you compare yourself to others (okay, maybe I am in the healthiest way possible), but that you take time to cut yourself some slack. God is not withholding blessings from you until you beat some level or discover a shortcut as if you were playing some kind of video game. As Elder Holland said, “Imperfect people are all God has ever had to work with,” and yet, He finds a way to work with me and with you and He makes miracles happen through all of us even in our imperfection. Listen to me when I say (I’m telling myself this audibly right now until it gets through my own hard head): When He wants to make miracles happen in your life, it will not be because you’ve achieved perfection but because He has been waiting just as long as you’ve been waiting to give you the miracle you’re seeking and the time is just finally right.

Still, in the meantime, not in hopes to receive a specific blessing we seek but because we all always have things we can improve in our efforts to become better disciples of Jesus Christ, I believe there is power in asking the Lord, as did the rich young ruler, “What lack I yet?” and trust that in a very personal way, Heavenly Father will help you know what you can do better.

Dear internet friends, I don’t know all of you, but if there is something that is keeping you up at night, something that consumes your thoughts and your dreams, something that at times leads your eyes to water your pillow and you are trying your very hardest but that thing just doesn’t seem to be coming, I wish that I could give you a big hug and tell you that it’s all going to be okay. But I learned that day in the temple that sometimes even when hugs and embraces aren’t possible, at times because of angelic restrictions and other times because I’m talking to you through a computer screen, sometimes it is enough to just have someone say the words to you, “You’re not doing anything wrong. You’re doing everything right. Just keep doing what you’re doing.”