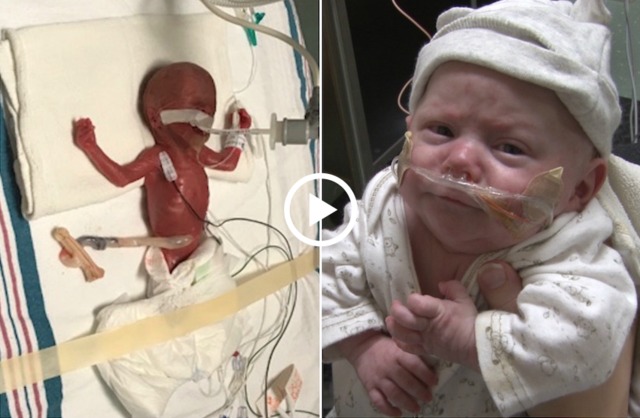 Doctors were not sure Kaio Doxey would survive. Born 16 weeks before his due date, his chances of survival were grim, to say the least. But on November 13, Kaio reached a new height in his amazing story of survival, continuing to defy expectations.

The tiny baby boy, born 16 weeks before he was due, measured less than 11 inches and weighed 435 grams — a little more than a can of soda.

His eyes were sealed shut. His skin was red and shiny. His mother, Jessica Doxey, says he looked more like an alien than an infant.

Mormon Life Miracle LdsMiracle,Lds,Mormon Life
Comments and feedback can be sent to feedback@ldsliving.com