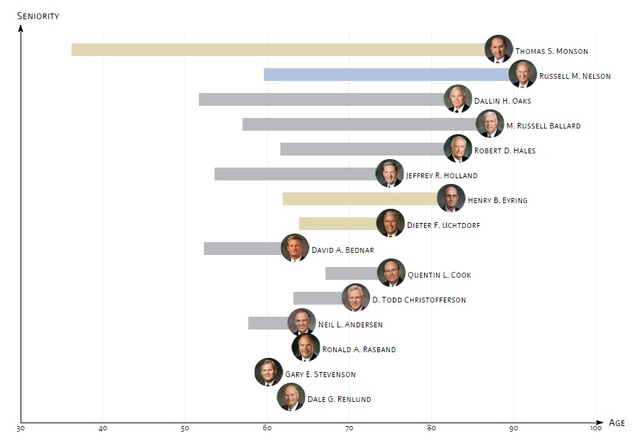 Amazing, Interactive Infographic Shows Timeline & Seniority of All the Apostles

MR says: Check out this interesting and interactive infographic that shows how long each of the apostles have been serving in the Quorum of the Twelve, when they were called, and their age now.

To see the interactive version of this infographic, click here.

When one of the apostles dies, a new apostle is selected by the President and sustained by the membership of the Church at a General Conference. At the October 2015 Conference, three new apostles were called.

Read the rest of this story at threestory.com