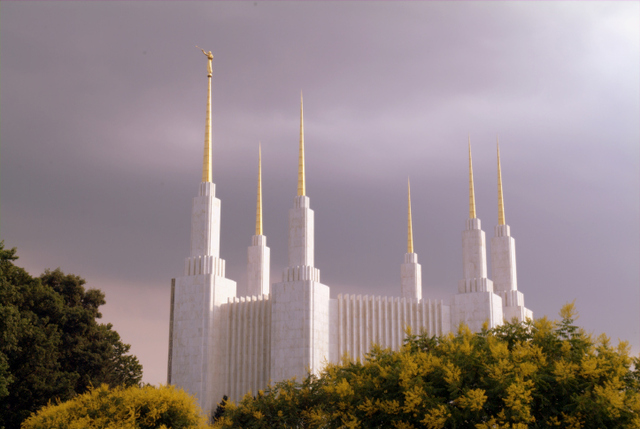 “The saving ordinances received in the temple that permit us to someday return to our Heavenly Father in an eternal family relationship and to be endowed with blessings and power from on high are worth every sacrifice and every effort,” said President Thomas S. Monson. If you have not yet been to the temple, you can prepare to receive sacred temple ordinances by:

• Believing in Heavenly Father, Jesus Christ, and the Holy Ghost.
• Cultivating a testimony of the Atonement of Jesus Christ and the restored gospel.
• Sustaining and following the living prophet.
• Qualifying for a temple recommend by paying tithing, being morally clean, being honest, keeping the Word of Wisdom, and living in harmony with the teachings of the Church.
• Giving time, talents, and means to help build the Lord’s kingdom.
• Participating in family history work.

Read the rest of the April 2013 visiting teaching message.

Supplement: Read the following story from President Thomas S. Monson's talk, "The Holy Temple—a Beacon to the World," in the April 2011 General Conference.

May I share with you the account of Tihi and Tararaina Mou Tham and their 10 children. The entire family except for one daughter joined the Church in the early 1960s, when missionaries came to their island, located about 100 miles (160 km) south of Tahiti. Soon they began to desire the blessings of an eternal family sealing in the temple.

At that time the nearest temple to the Mou Tham family was the Hamilton New Zealand Temple, more than 2,500 miles (4,000 km) to the southwest, accessible only by expensive airplane travel. The large Mou Tham family, which eked out a meager living on a small plantation, had no money for airplane fare, nor was there any opportunity for employment on their Pacific island. So Brother Mou Tham and his son Gérard made the difficult decision to travel 3,000 miles (4,800 km) to work in New Caledonia, where another son was already employed.

The three Mou Tham men labored for four years. Brother Mou Tham alone returned home only once during that time, for the marriage of a daughter.

After four years, Brother Mou Tham and his sons had saved enough money to take the family to the New Zealand Temple. All who were members went except for one daughter, who was expecting a baby. They were sealed for time and eternity, an indescribable and joyful experience.

Read the rest of his talk, "The Holy Temple—a Beacon to the World," at lds.org.