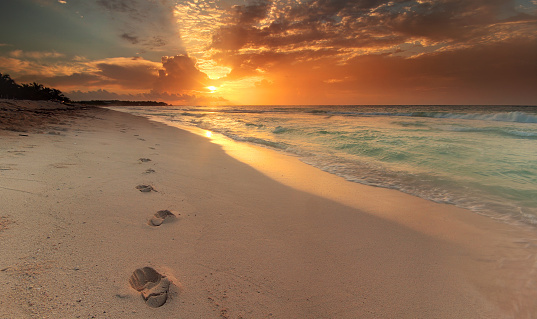 "This is the biggest scientific effort to move us down the road to answering this question" of how and when people settled the Americas, says Todd Braje, an archaeologist at San Diego State University in California.

Matthew Des Lauriers got the first inkling that he had stumbled on something special when he pulled over on a dirt road here, seeking a place for his team to use the bathroom. While waiting for everyone to return to the car, Des Lauriers, then a graduate student at the University of California, Riverside, meandered across the landscape, scanning for stone tools and shell fragments left by the people who had lived on the island in the past 1500 years.

As he explored, his feet crunched over shells of large Pismo clams—bivalves that he hadn't seen before on the mountainous island, 100 kilometers off the Pacific coast of Baja California. The stone tools littering the ground didn't fit, either. Unlike the finely made arrow points and razor-sharp obsidian that Des Lauriers had previously found on the island, these jagged flakes had been crudely knocked off of chunky beach cobbles.

"I had no idea what it meant," says Des Lauriers, now a professor at California State University (Cal State) in Northridge. Curiosity piqued, he returned for a test excavation and sent some shell and charcoal for radiocarbon dating. When Des Lauriers's adviser called with the results, he said, "You should probably sit down." The material dated from nearly 11,000 to more than 12,000 years ago—only a couple thousand years after the first people reached the Americas.

Read the rest of this story at www.sciencemag.org