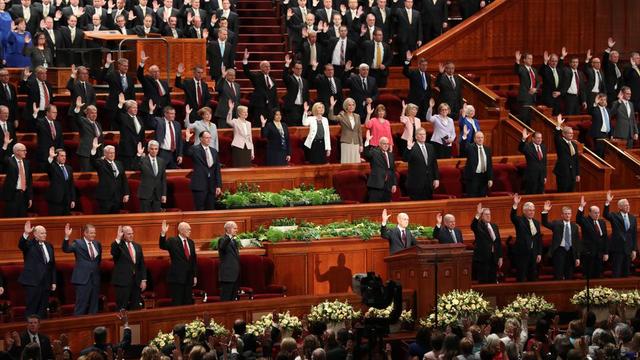 The April 2018 general conference was unforgettable, with big Church announcements, powerful testimonies of our Savior, uplifting messages, Easter, and April Fools' Day all combining to make a historic weekend.

Here are some of the big changes that came this conference:

Church Discontinues Home and Visiting Teaching, "Ministering" to Replace Them

President Russell M. Nelson announced in the Sunday afternoon session of general conference that the Church’s home and visiting teaching programs "will be replaced by a coordinated, more personalized approach known as 'ministering.'" according to Mormon Newsroom.

“For months, we have been seeking a better way to minister to the spiritual and temporal needs of our people in the Savior’s way,” President Nelson said. “We have made the decision to retire ‘home teaching’ and ‘visiting teaching’ as we have known them. Instead, we will implement a newer, holier approach to caring and ministering to others. We will refer to these efforts simply as ‘ministering.’ Effective ministering efforts are enabled by the innate gifts of the sisters, and by the incomparable power of the priesthood. We all need such protection from the cunning wiles of the adversary.”

► You'll also like: What You Need to Know About the Changes to Adult Priesthood Quorums

“We have felt a pressing need to improve the way we care for our members,” President Nelson said about the changes. “To do that better, we need to strengthen our priesthood quorums to give greater direction to the ministering of love and support that the Lord intends for His Saints. These adjustments are inspired of the Lord. As we implement them, we will be even more effective than we have been previously.” 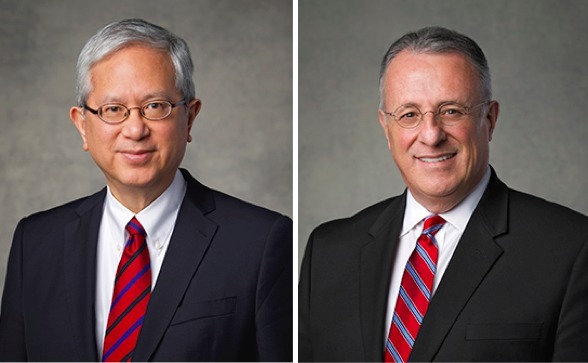 During the Saturday morning session of general conference, members of the Church of Jesus Christ of Latter-day Saints had the privilege to sustain our new prophet during the solemn assembly. In addition, Church members also had the chance to sustain our two new apostles: Elder Gerrit W. Gong and Elder Ulisses Soares.

► You'll also like: Everything You Need to Know About the Solemn Assembly This Conference

Elder Gong is a California native with Chinese ancestry who has spent much of his life improving international relations in Asia, through both his career and his Church service as a missionary and General Authority Seventy. Elder Soares was born in São Paulo, Brazil, and was the director for temporal affairs in the Church area office in São Paulo, Brazil, when he was called as a general authority and has spent his church service helping those in Africa and Brazil.

Both of these witnesses of Christ have powerful testimonies of the Savior. Elder Gong said in April 2016 general conference, "At times in history, mortal men have been executed by crucifixion. But only our Savior, Jesus Christ, embraces us still carrying the marks of His pure love. Only He fulfills the prophecy of being lifted up upon the cross that He might draw each of us, by name, to Him."

► You'll also like: 5 Things to Know About Our New Apostle Elder Soares

As President Nelson announced Saturday afternoon, the Church will no longer read the statistical report during general conference but will release it following the Saturday afternoon session. Read the report here. 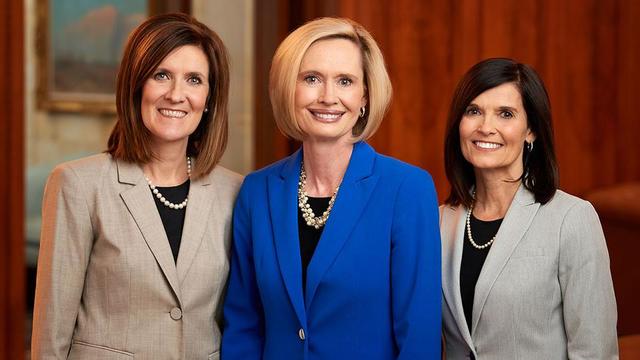 During the Saturday afternoon session of general conference, President Dallin H. Oaks announced the new Young Women Presidency, which includes Sister Bonnie H. Cordon as president, Sister Michelle Craig as the first counselor, and Sister Becky Craven as the second counselor. At the time of her call, Sister Cordon was serving as the first counselor in the Primary general presidency, but she will now move forward in her new role as Young Women general president. Learn more about these remarkable women here. 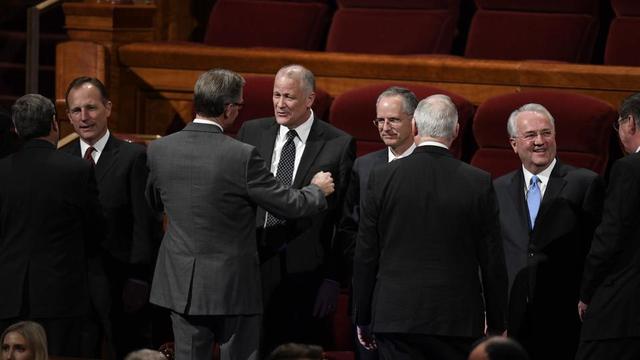 President Dallin H. Oaks announced in the Saturday afternoon session of general conference eight new General Authority Seventies and 55 Area Seventies. In addition, he announced that Elder Carl B. Cook and Elder Robert C. Gay will serve in the Presidency of the Seventy, filling the vacancies left by Elder Gerrit W. Gong and Elder Ulisses Soares to the Quorum of the Twelve Apostles. Learn more about these new Church leaders here.

As Mormon Newsroom reported: "As the final session of the Church’s 188th annual general conference came to a close, Russell M. Nelson, president of The Church of Jesus Christ of Latter-day Saints, announced plans to build seven new temples. These temples will be in the following locations: Salta, Argentina; Bengaluru, India; Managua Nicaragua; Cagayan de Oro, Philippines; Layton, Utah; Richmond, Virginia; and a major city yet to be determined in Russia." Learn more about all of these temples here.