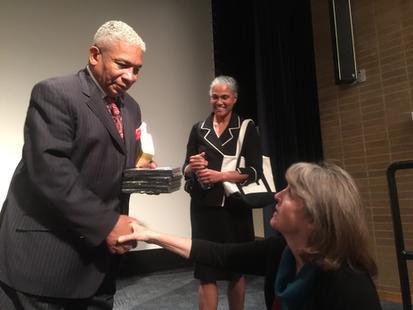 MR says: Reverend Jackie Rivers, along with President Eyring, spoke at the Vatican last November. He also spoke at a book launch with Elder Christofferson. Now he's at BYU, spreading his message of how to obtain a happy, lasting marriage.

"Young people do well to prepare for a successful marriage and enhance their marital union by the practice of celibacy prior to marriage," said Jacqueline Rivers, executive director of the Seymour Institute for Black Church and Policy Studies. "What you do now is important to the quality of marriage later."

BYU extended an invitation to Rivers and her husband, the Rev. Eugene F. Rivers III, to visit Utah and deliver the seventh presentation in the university's Faith, Family and Society lecture series after LDS Church leaders developed a relationship with over the past year.