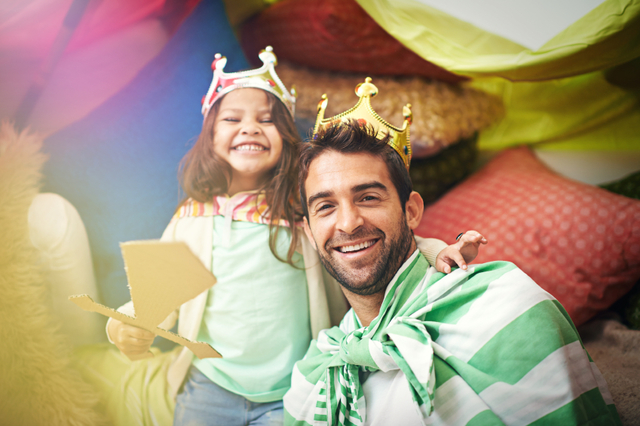 Book of Mormon Lesson 21: "Bearing Down in Pure Testimony"

Quote of the Week:

“The Book of Mormon was written for us today. God is the author of that book. It is a record of a fallen people, compiled by inspired men for our blessing today. These people never had the Book. It was meant for us. Mormon, the ancient prophet after whom the book is named, abridged centuries of records. God, who knows the end from the beginning, told him what to include in his abridgment that we would need for our day. Mormon turned the records over to his son Moroni, the last recorder; and Moroni, writing over 1500 years ago but speaking to us today, states: Behold, I speak unto you as if ye were present, and yet ye are not, but behold, Jesus Christ hath shown you unto me, and I know your doing (Mormon 8:35)” (President Ezra Taft Benson, Ensign, January 1988).

Perhaps the need for good government is greater today than at any time in the history of the world. With the pervasiveness of evil and permissiveness in the world and with the strident voices of sinners demanding absolute freedom and with the disappearing standards of honor and integrity, we have a great need for men and women who will stand fearlessly for what is right. Both Mosiah and Alma were these kinds of rulers.

“We have learned by sad experience that it is the nature and disposition of almost all men, as soon as they get a little authority, as they suppose, they will immediately begin to exercise unrighteous dominion” (D&C 121:39).

Note that the revelation tells us it is a description of almost all men. In these chapters, we will meet two men who did not fit this pattern. They were men who did not exercise unrighteous dominion, but who sought the will of God and the welfare of their people in everything they did.

With the departure of the four sons of Mosiah on a mission, Mosiah was left without an heir to the throne, and he, therefore, determined to change the Nephite government from kings to judges. In his explanation to his people, we can find a wonderful discussion of good government. Consider the following verses and ponder what they teach about the kind of government that will make for the peace of the people (Mosiah 29:10).

- [Mosiah 29:11-14] Established laws that rested on a foundation of the commandments of God and promoted peace, security, and happiness.

- [Mosiah 29:16-24] Since wicked leaders pervert the ways of all righteousness, their power was limited.

Who do the people choose as their first chief judge? (Mosiah 29:42) Why do you think they chose Alma?

We have traditionally taught that Satan’s plan was to force all men to be righteous. The scriptures do not say this, however. They simply tell us that Satan sought to destroy the agency of man. (Moses 4:3) I suspect that there are two ways to do this. One is to remove all choices. The other is to remove all the consequences of bad choices. It there is no accountability there is no agency. Might it be possible that Lucifer’s plan was like the doctrine expounded by Nehor in Alma 1:4?

“And he also testified unto the people that all mankind should be saved at the last day, and that they need not fear nor tremble, but that they might lift up their heads and rejoice; for the Lord had created all men, and had also redeemed all men; and, in the end, all men should have eternal life” (Alma 1:4).

What if Lucifer said to us in our pre-mortal councils, I will save you no matter what you do. That certainly sounds like a more attractive plan than the one than this one: I will force you to do what is right no matter how you feel about it.

Anyway, Nehor’s declaration of universal salvation without effort was so attractive that many did believe on his words, even so many that they began to support him and give him money (Alma 4:5).

What crime did Nehor commit as he about preaching? (Alma 1:7-9).

What are some things today, like the marks of the Amlicites, that might show an association with the world rather than an association with the Lord and his people? Why is it important for Latter-day Saints not to have these distinguishing characteristics? Is it possible that certain kinds of jewelry and clothing and haircuts mark us in much the same way that the Amlicites marked themselves?

What are the things that distinguish Latter-day Saints from the world? The Lord has given us a number of blessings that keep us from being too much like the world. How does the Word of Wisdom make us different from the world? What about our garments? What other things come to mind?

What had been the condition of the church in the second year of the reign of the judges? (Alma 1:23-31). How long did it take for the people of the Lord to turn to pride and worldliness? (Alma 4:6).Why is it so difficult for a prosperous people to avoid pride and materialism?

“The worst fear I have about this people is that they will get rich in this country, forget God and His people, wax fat, and kick themselves out of the Church and go to hell. This people will stand mobbing, robbing, poverty and all manner of persecution and be true. But my greatest fear is that they cannot stand wealth” (Brigham Young, cited in Spencer W. Kimball, The Miracle of Forgiveness, p.48).

What can a righteous person or people do to avoid this natural tendency? (See Alma 1:27)

What problems does Alma face in the 8th year of the reign of the judges? (See Alma 4:6-14) What would Alma have seen among his people to cause him to have written these observations? What do people do who are waxing proud? (4:6). What does costly apparel have to do with pride and riches?

Why do these financial transgressions lead to the conditions in Alma 4:9?

“And thus, in this eighth year of the reign of the judges, there began to be great contentions among the people of the church; yea, there were envyings, and strife, and malice, and persecutions, and pride, even to exceed the pride of those who did not belong to the church of God.”

We are told in 4:10 that the wickedness of the church was a great stumbling-block to the non-members. Have you ever encountered a situation in which the actions of a member prevented a non-member from taking the Church seriously?

Why is it that the most powerful political figure in the nation of the Nephites could see no way that he might reclaim them except for bearing down in pure testimony?

Why does Alma select this solution? (Alma 4:19). Why is the preaching of the word the best solution to these kinds of problems?

We live in a world replete with social programs and governmental agencies. Members of the legislature are frantic to communicate their willingness to help with state and national problems by throwing money at them. But the truth is that we will probably never change people’s lives by changing their environment. The Savior had all the tools to do that, much as Alma did.

Christ could feed thousands with food that had been intended to feed a small boy. He could heal the sick. He could raise the dead. He had the power to eradicate every social problem. Just after he fed the 5000 (see John 6) some of the Jews wanted to take him by force, to make him a king (John 6:15). But Jesus departed again into a mountain himself alone (John 6:15).

Jesus knew what Alma knew that the only way to really change people is to start on the inside. The sequence looks like this: